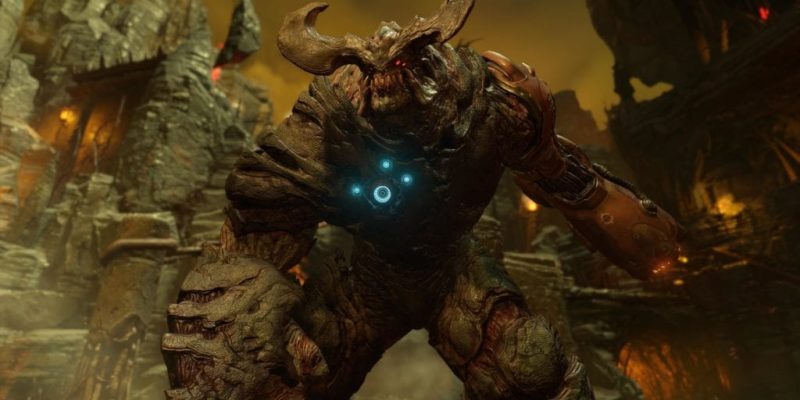 Six screenshots of Doom have been released, offering high-res looks at the monsties you’ll be shooting.

There’s a close-up view of the big-but-beautiful Mancubus, while the sexy Cyberdemon makes an appearance in two separate shots. And don’t forget the Cacodemons – those big, floating balls of fun!

If pictures aren’t enough, you can have a look at Doom in action in these trailers released at Bethesda’s E3 conference yesterday.

Fallout 4 has base-building, VATS, dogs, and a November launch