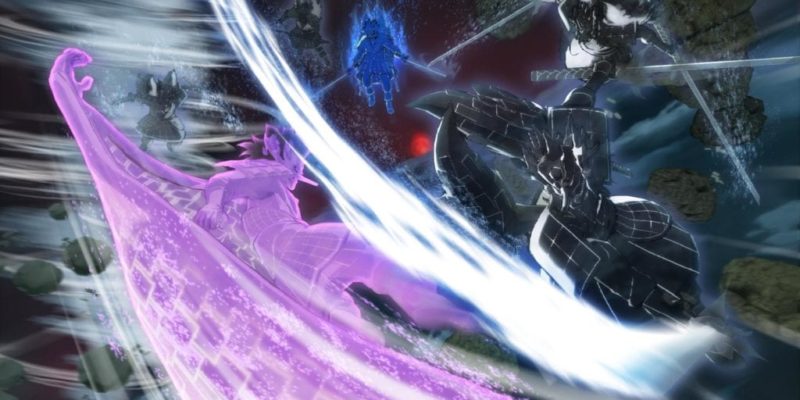 Naruto Shippuden: Ultimate Ninja Storm 4‘s cast of characters continues to expand with Six Paths Madara. Or Madara (Six Paths). Or the Six Paths variant of Madara. Or Rikudo Madara. Or whatever.

Six Paths Madara is a character it’s completely impossible to discuss without spoilers, so let’s just say it’s a super-powered version of the villainous Madara. He’ll be playable, but judging by the screenshots it also looks like he’s going to be one of those cinematic bosses too. Much as it could be an ultimate jutsu, the actual screenshot down below is labelled as “boss” and “Susano’o Battle.”

I’m also wondering if there’s a screenshot missing, as the email about this contained a thumbnail that isn’t actually present in the screenshots. Oh well: if it turns up, I’ll add it in.

Otherwise, Naruto Shippuden: Ultimate Ninja Storm 4 is due out later this year, and you can see this Madara variant below.