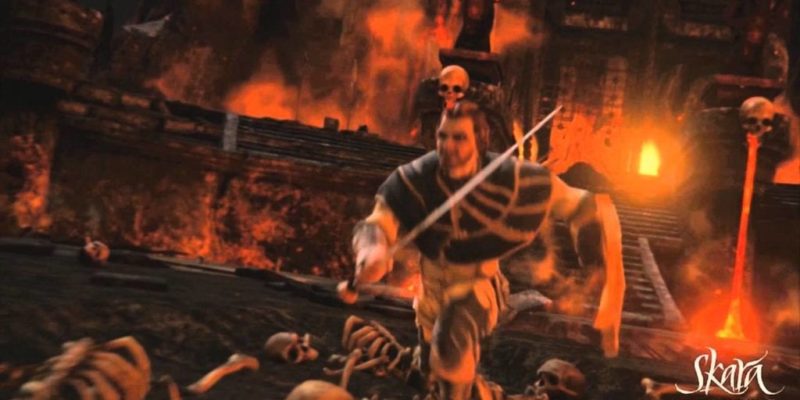 8-Bit studios has been continuing development on their combat title SKARA which is still in alpha testing. Progress appears to be going well with the development team now focusing on finishing a playable demo for the which will be released on Steam Early Access in the “next few weeks”.

The demo will include a lava filled Lava Coliseum arena which they’ve set deep inside the Rhozha Mountains which is the home of the Khärn tribe.

“Players will finally be able to get a feeling for SKARA gameplay,” said Pablo Rodriguez, CEO and Creative Director of Skara. “The character control will feel like that in a versus game.”

“After a lot of thought, we decided the best way for people to think about SKARA was as: A versus fighting game…for sixteen players. The team and I have been playing it for a few weeks now—and we are very addicted so get ready for the early access.”

It sounds like the game has come a long way in the past few months. It’s not been easy for 8-Bit who failed with the Kickstarter but managed to find the funds for development to continue. The game was also Greenlit back on 22 January.

Now watch the new trailer as players hack and slash each other to pieces. There’s also more info to be had on the official website if you like what you see.

Pac-Man Museum waka-wakas on to Steam