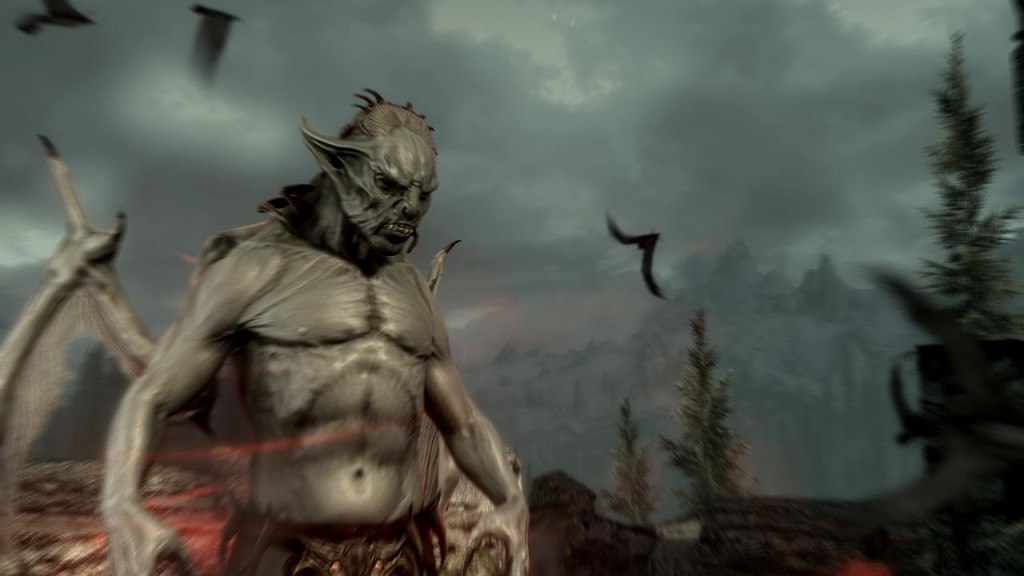 Bethesda is billing ‘Dawnguard’, the first DLC update to The Elder Scrolls V: Skyrim, as a 10-20 add-on. That would make it even longer than the (already rather substantial) additions to the two last Fallout titles (3 and New Vegas). It’s scheduled to make an appearance on Xbox 360 from 26 June, though this is probably subject to change depending on how quickly it gets through certification.

Dawnguard will be coming to PC and PS3 as well, but only after the one month exclusivity period on the 360 comes to an end. So expect it for those platforms towards the end of July. It’s priced at 1600 MS Points ($20 USD).

The DLC will offer two sides to a main quest involving vampires and the people that hunt them. You’ll be able to either side with the vampires (and indeed become a Vampire Lord) and plot to block out the sun, or throw in your lot with the Dawnguard who seem quite keen on using crossbows.

Those crossbows are a new addition, weapon-wise, and are said to be faster and more accurate than Skyrim’s standard bows. Mounted combat is now in the game too, along with the chance to rescue a flaming horse from a new area called the Soul Cairn. Everyone needs a flaming horse who can be summoned at will, right?

If you go down the vampyric path, you’ll gain access to powers like drain life, summon gargoyle, bat swarm-based teleportation and, best of all, the ability to draw people to you with ‘Vampyric Grip’ and fling them around the place.

Now, feast your beady RPG eyes on some new screenshots.

Scribblenauts Unlimited doodling onto PC too