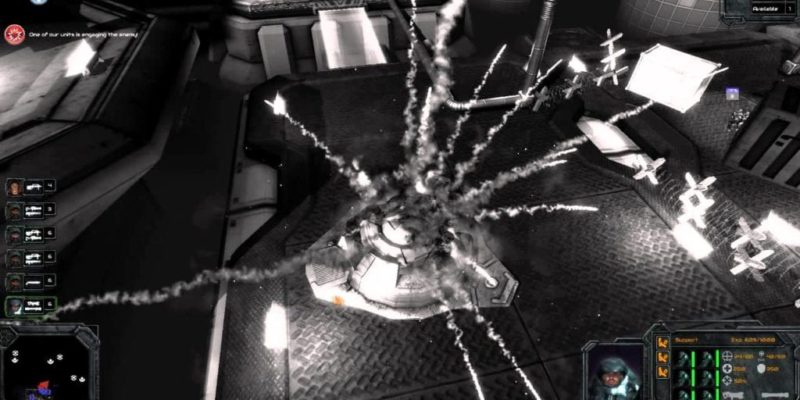 Last week we reported on the new Kickstarter for Black Talons which is being developed by Camel 101. The sci-fi real time tactical strategy tile is still in the process of raising the $100,000 required to get the game made with 25 days to go and the first update was sent over by the Camel 101 guys.

Today they are demonstrating the game’s Bullet Time feature, you know, where everything slows down giving you time to make those important tactical decisions. Think of it as a way add semi turn-based element to real time gameplay.

The video shows troops being deployed around the map in various scenarios with Bullet Time being activated to buy a little extra time before it all kicks off. It all works rather well.

Not there yet: Amplitude Studios teases Dungeon of the Endless