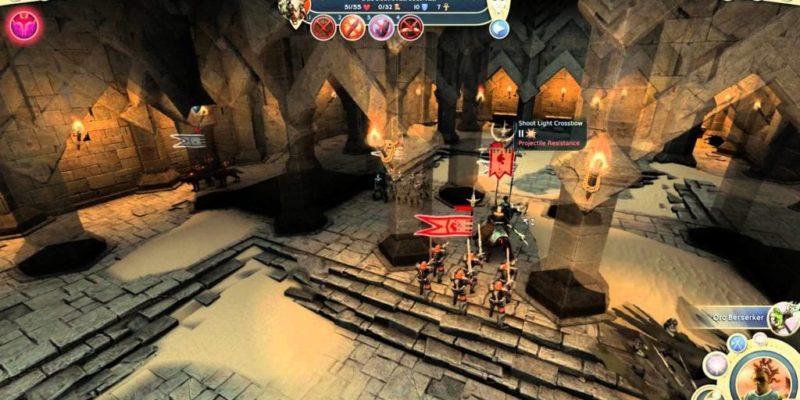 Triumph Studios recently unveiled the Warlord class for Age of Wonders 3. Slay, crush, destroy, annihilate, butcher…all of these words are befitting for the Warlord class. The Warlord class has one magic trick and it involves your opponent’s neck and your bloodthirsty sword. If you want to defeat your enemies up close and personal, this is the leader class to choose for your battles, especially now that players are rewarded for taking their leaders into battles themselves.

As a Warlord class you have access to the most powerful physically damaging unit for Tier IV, the Warbreed. This will smash aside Tier V dragons within three or four strikes. Or you can research Mounted Archers for two of the most powerful aspects in Age of Wonders 3 – maneuverability and ranged attacks. Don’t fancy those? Then produce Berserkers, Monster Hunters and Phalanxes to overpower your enemy’s units with ease.

The Warlord also has access to one powerful battlefield spell and a selection of very powerful Empire Upgrades, such as Volunteer which halves their upkeep cost, allowing you to double your number of units. Another, Global Assault, bestows several benefits to all of your armies and cities, such as increasing all your units to gold rank (this is something you want to happen.)

Spells such as Bloodbath and Steadfast Ward will make the Sorcerer classes think twice about engaging in battle with your armies as you wade through, cleaving their heads with ease and taking little punishment in return.

In our tactical feature, we stated that if your armies cost nothing except mana and your opponent’s cost blood, then you have a clear advantage.

The Warlord class might not cast many fireballs, but they are powerful melee combatants themselves. If you opt for the Warlord in Age of Wonders 3, don’t forget to empower them further with magical items from your Arcane Forge or from the ever-mounting pile of corpses in your wake.

You can read our Age of Wonders 3 review to find out what IncGamers thought of the game, or head over to Triumphs website to read more on the Warlord.