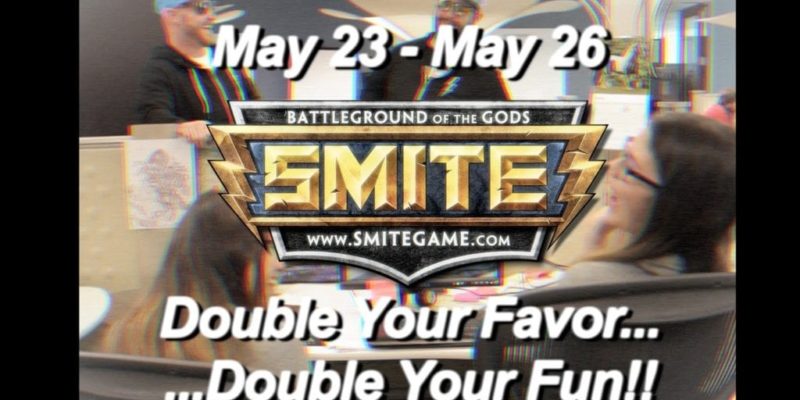 If you needed a reason to hop onto Hi-Rez Studio’s free-to-play action MOBA this weekend, this might do it for you.

Playing Smite between 23 and 26 May will net you not twice as much Favor as usual, but you’ll also get 10 Gems for your first win of the day in each game mode. Favor is the in-game currency earned through playing and can be used to rent or purchase new gods, while Gems are the real-money currency that is only rarely handed out in game, and can be used to purchase both new gods and new cosmetics for gods. Considering how many game modes there are, that means there are a fair few Gems up for grabs.

Smite is Hi-Rez’s rather good little action MOBA that has you control your chosen god from a third-person perspective, and has you aim your skills in a traditional shooter way… while buying items, levelling up, pushing creep waves, and doing everything else you’d normally do in a MOBA. It handles free-to-play in a pretty decent way, offering you a variety of fairly quick ways to unlock new gods to play, and letting you rent them at an entirely affordable cost with the in-game currency. I wrote a piece about why it’s worth a shot, which you can read over here. Alternatively, you can watch an utterly bizarre trailer about this double Favor weekend below.

Can I stop spelling “favour” the wrong way now, please?