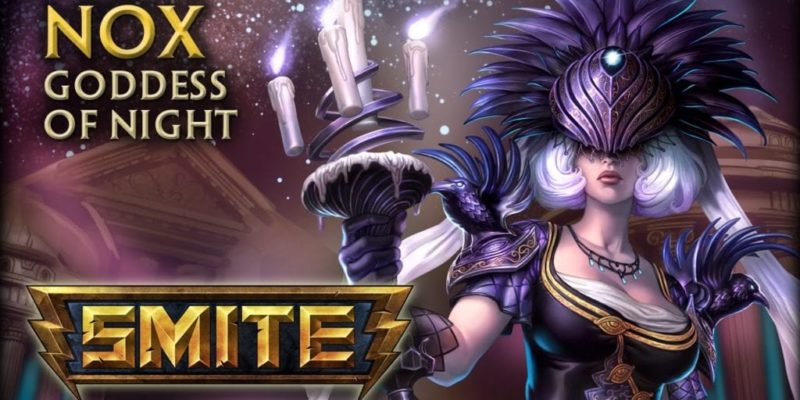 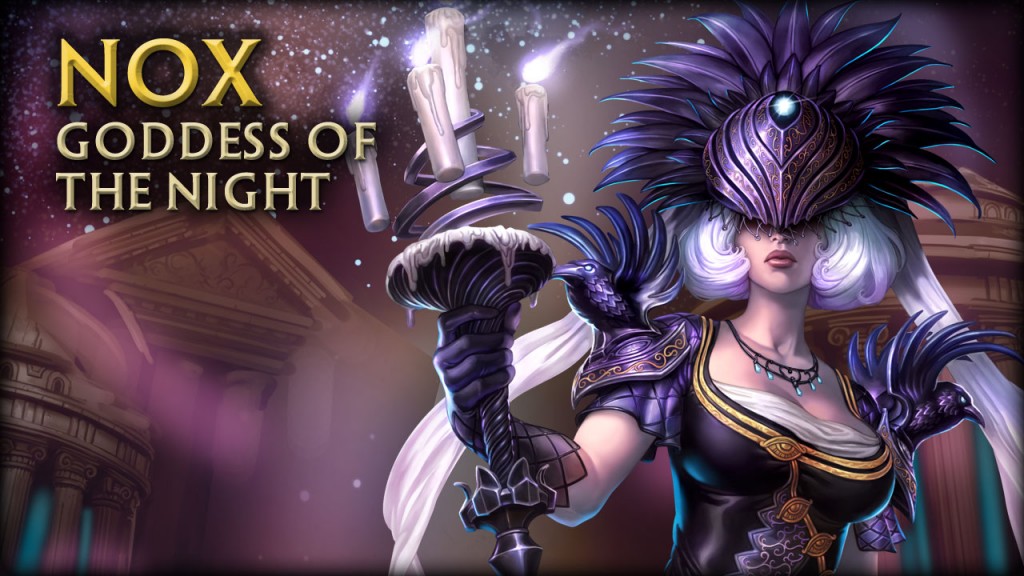 A new video has revealed Nox, Goddess of the Night, the latest playable deity to join the SMITE ranks.

As you might expect, Nox’s abilities are all about PRIMAL DARKNESS – and also birds, for some reason. Her passive, Flame of Night, lights one of her candles every time an ability is used near her; when all four candles are lit, her next ability costs no mana.

But what are those abilities? Well, there’s Shadow Barrier, a second-long skill that cleanses roots and slows, completely nullifies the damage from basic attacks that hit her, and mitigates the damage from the next hostile ability that hits her. There’s Nightfall Raven, which has Nox fire a bird at someone, and yes, “fire a bird at someone” is a phrase I have wanted to write for a very long time. Said bird travels in a straight line and inflicts damage on every enemy it touches, as well as silencing them for one second and afflicting them with Shrouded in Darkness for five seconds.

This ties into her third ability, Siphon Darkness, which is a ground-targeted AoE that does damage to everyone in the area – and if any targets in that area are Shrouded in Darkness, they received double the damage. Finally, her ultimate is Night Terror, which links her shadow to an enemy player for five seconds, or until the player moves out of range. That player takes initial damage, and they take more damage on using an ability. Even more dangerously, every ability that player uses reduces Nox’s cooldowns by five seconds, letting her inflict even more pain on everyone around.

So yeah, Nox seems like a fairly entertaining addition to the SMITE stable. You can see her in action in the video below, which also offers some dev tips on how best to use her.