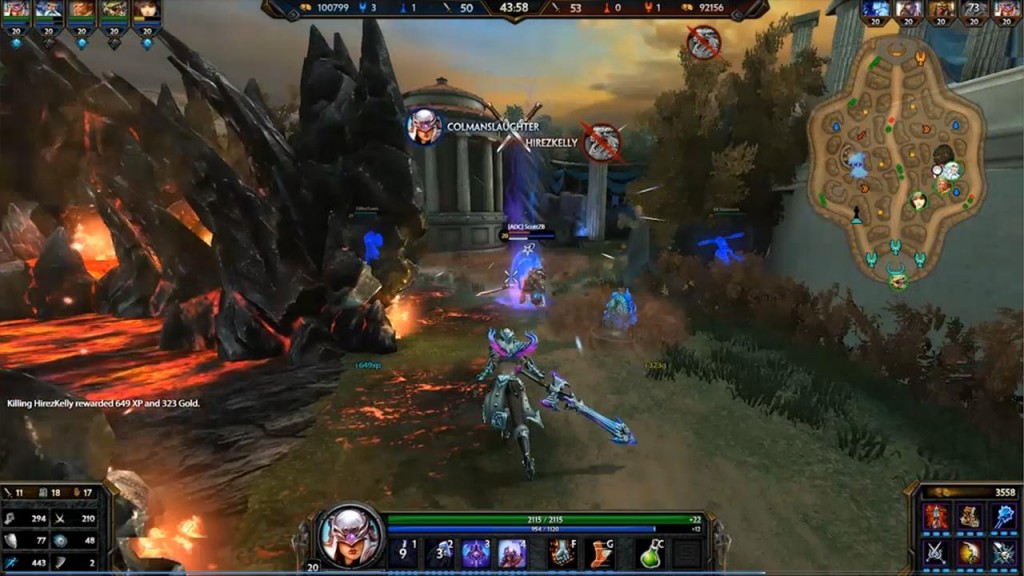 Your MOBA news for the day: every god is temporarily unlocked on Smite as part of The Reaping event.

From now to the end of Sunday, you can play as any of the gods without needing to part with cash (in-game or real) to buy them or rent them first. Not only that, but you’ll get double worshippers for every game you play, and 100 Gems for each “first win of the day” you get during this period. So that’s 300 Gems for winning three games over the next three days, which isn’t half bad. The first win of the day will also grant you a Jack-O-Lantern icon, so that’s something too!

This might be a pretty good excuse for me to jump back into Smite for a few games this weekend. I’ve been wanting to play it more, but alas, time is a problem.

Don’t forget that the Smite World Championships are coming up in November, too.