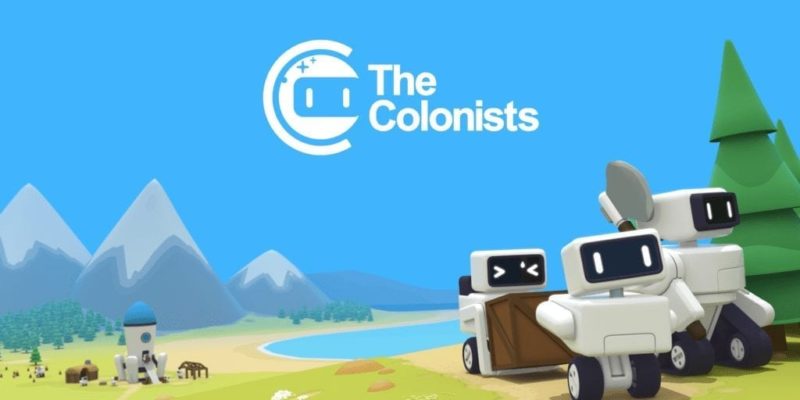 Over the weekend I had the pleasure of getting an early look at The Colonists, the upcoming title from Codebyfire. The Colonists is a colony-management style game in the same vein as games from the Anno franchise. You’ll spend most of your time in The Colonists gathering resources, researching new technology, and optimizing traffic flow throughout your colony.

Your journey in The Colonists begins with a spaceship descending from the heavens and landing on a seemingly unsettled planet. Out the spaceship pops the brave colonists, who gave up everything in search of a better life. However, these colonists are not human. Surprise! Your colony is populated by super cute robots! 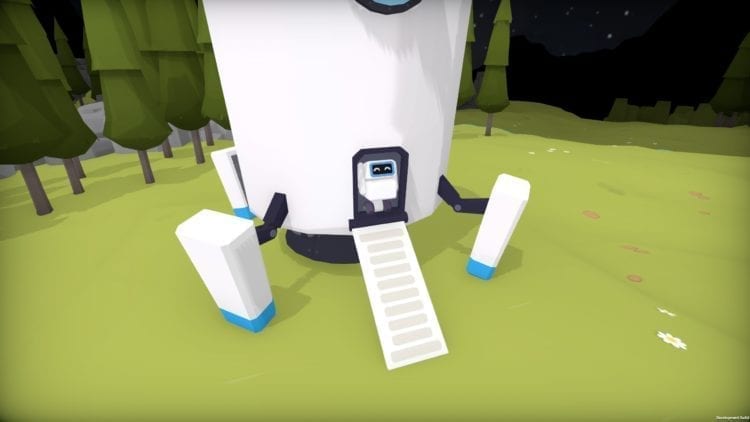 If I accidentally kill this robot, I’ll never forgive myself.

Logistics Has Never Been More Adorable

However, don’t be fooled by their delightful appearance. These bots are quite skilled and are capable of handling everything your colony will require to flourish. Whenever you construct a new building such as a Blacksmith or Fishing Dock, your rocket will generate a specialized bot for the required job. Lumberjack Huts will get Lumberbots, Fishing Docks get a Fisherbot, you get the picture. These bots will perform their job with little to no fuss or maintenance. All you need to do is ensure the bots are provided with a constant flow of necessary resources.

This is where roads come in. The job of getting resources distributed throughout the colony is handled by TransportBots. One of these bots will be assigned to a section of road as it is constructed. Each section of road is signified by a pair of pylons. TransportBots will constantly run between each pylon, picking up or dropping off resources as they go. However, each pylon only has enough space for four items. If a bot carrying a resources runs into a pylon that is already at capacity, he will not be able to offload his cargo. Instead, the bot will get frustrated and throw up angry exclamation points to signify that your poorly thought out system of roads is preventing him from executing his sole purpose in life. This is absolutely heartbreaking, so please do your best to ensure this issue does not arise in your colony.

Technology is one of your main methods of progression for your colony. In order to progress through the tech tree, you’ll need to do research at a Workshop. This requires you to bring specific resources to your colony’s Workshop for each technology you research. The resources required vary depending on what you’re researching, but you’ll always have to supply Energy to your Workshop in order to research anything at all. 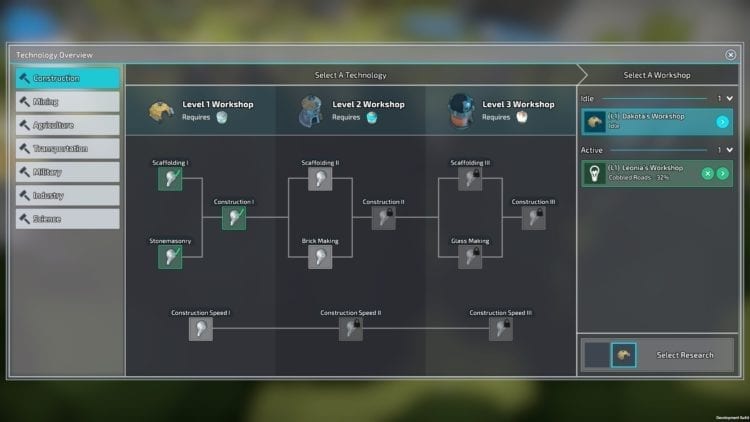 As you progress through the tech tree, you’ll unlock different tiers of some of the buildings you can construct. The upgraded versions of the buildings usually provide a buff to the productivity but will require a new tier of Energy. Residences are house-like structures that (somehow) produce this Energy by combining common items like Fish and A Loaf of Bread.

You can upgrade your Residences to produce higher tiers of Energy, but this will require, you guessed it, a whole different set of resources. For example, Level 2 Energy requires Alcoholic Cider in addition to the previous requirements. I’m not exactly sure how robots turn Fish and Booze into a high powered battery, but I’m no scientist. 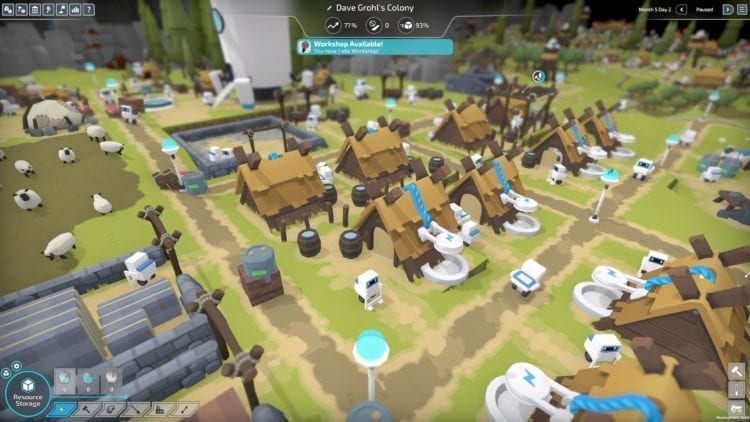 The secret to a Booze-powered future lies within these houses.

While The Colonists takes several ideas from other games in the genre, it also offers some unique twists of its own. For example, The Colonists has an interesting take on combat. Sometimes, you might not be the only band of adorable fish-eating, booze-drinking robots that have taken up residence on your new planet. To protect your colony and expand your territory, you must construct Watchtowers on your borders. This is critical to survival since you can only take advantage of resources that are within your territory. 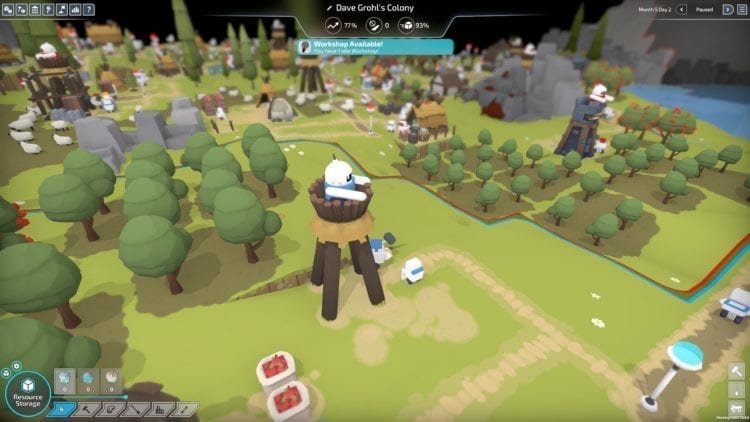 Siege warfare has never been so cute!

Overall, I’m excited to give the full release of The Colonists a shot. I’m a fan of other games in the genre, such as Anno 2070 and Moonbase. While those games seem a little too serious and dry at times, The Colonists has a fun aesthetic that makes everything feel a little less stressful. The combat mechanics also look promising. I’ve always found the combat in games like Anno quite lacking. The premise of needing to constantly keep my front line of Watchtowers well supplied and repaired could be a challenging addition.

The Colonists has no official release date as of right now, but the Steam page has the title slated for October. It could be any day now, so keep an eye on PC Invasion for updates!

Kursk Gets New Release Date To Coincide With Movie