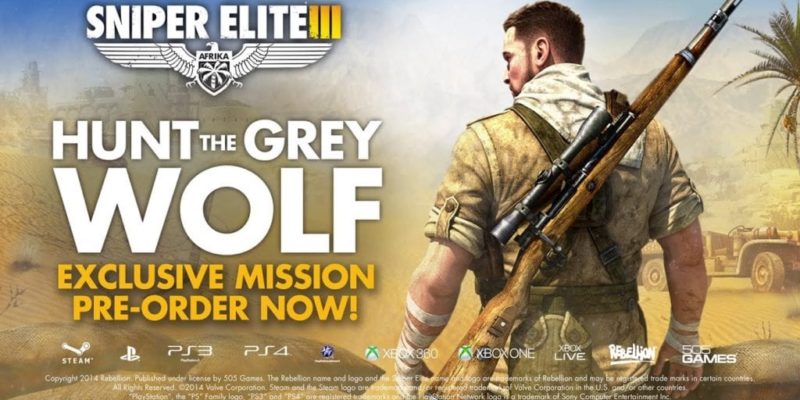 Love them or hate them snipers are an important part of any shooter whether it’s third or first person. If it’s the “class” you prefer then Sniper Elite 3 is a no-brainer for sneaky tactical shooting. We’ve seen quite a lot of the single player game in videos but nothing of the multiplayer.

Today Rebellion rectify the lack of multiplayer footage with this two and half minute long trailer. There’s co-op mode, team mode and the ability to take on players single handed so there’s plenty to look forward to. Placing traps is going to be a particularly nasty way to take down other players and something I am particularly looking forward to.

Sniper Elite 3 is available for pre-order now and will be released on 27 June. Also, don’t forget you can pick up Sniper Elite 2 for free for the next couple of hours on Steam.