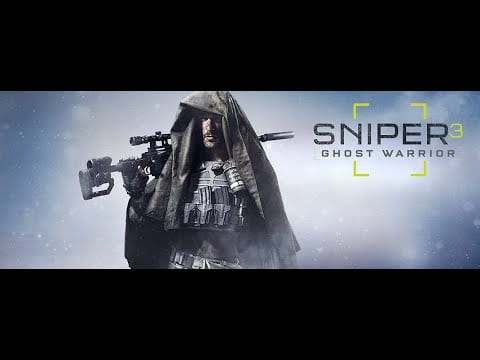 24 minutes of Sniper Ghost Warrior 3, originally shown behind closed doors at E3 to an elite group of special forces operatives (or some journalists, more likely,) can now be viewed online by everybody.

In it, Jess Lebow (lead narrative designer on the game) talks through a stage around one-third of the way into the game, with the help of able assistant Alec on the actual controls. A little way in, Lebow mentions that there aren’t any sneaky developer ‘god mode’ options turned on for this demonstration, so Alec is pretty much playing the real thing (albeit obviously not a finished build.)

Sniper Ghost Warrior 3 casts you as a US Special Forces sniper, who’s behind the lines in Georgia (Eastern Europe’s Georgia, not US state Georgia,) where America and Russia are engaging in one of those ever-so-popular proxy wars superpowers get up to.

The video (below) shows a variety of mechanical and gameplay elements from the third release in the series, including crafting tables, remote controlled drones for marking targets, the detective vision/hitman awareness/Witcher senses equivalent in this game, different sniping stances, camera hacking, and a bunch of other things.

Sniper Ghost Warrior 3 doesn’t yet have a release date. Last I heard it was scheduled for early-mid 2016.