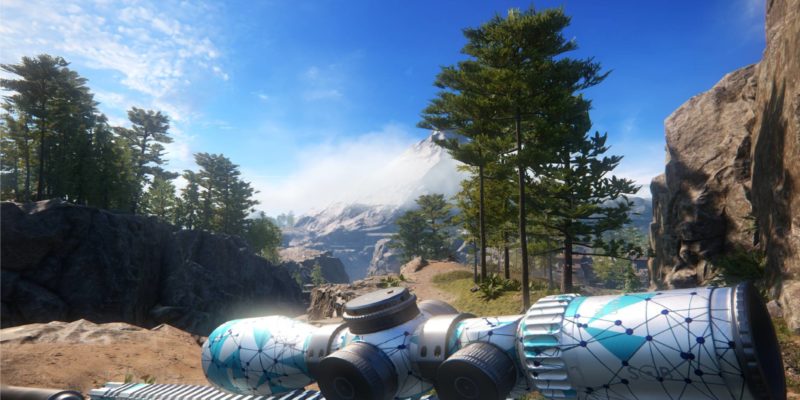 The final mission in Sniper: Ghost Warrior Contracts is the Sibirskaya-7 Junction. This map is set in a temperate part of Siberia with several factories and railways. Your main target is none other than the rebellious Siberian prime minister, Nergui Kurchatov, and his chief crony. The two are building a missile defense system that could further destabilize the region. Our guide helps you with the main objectives throughout the Sibirskaya-7 Junction mission — the so-called “contracts” in Contracts — as well as additional challenges for those challenge tokens.

Note: For all the other missions and various info, check out our Sniper: Ghost Warrior Contracts guides and features hub. Anyway, take a look at the Sibirskaya-7 Junction map below: 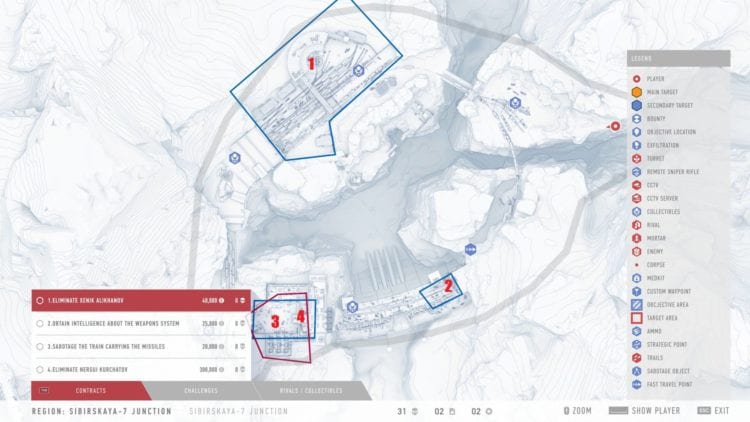 Just like Beketov Valley, this one’s set in a temperate region so you don’t have to worry about freezing water. Plus, the map just goes round and round (like all the trains it has, I guess). Fairly early on, you’ll come across a field with lots of soldiers. This is just a distraction so you can safely ignore this area. 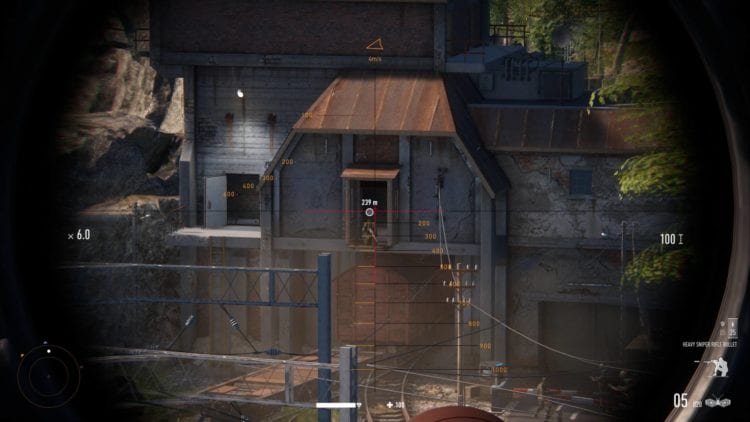 Instead, use the only fast travel point in the Sibirskaya-7 Junction map. Watch your step because you’ll find yourself in a cliffside area with a nearby drainage system. That’s the entrance to the railway. 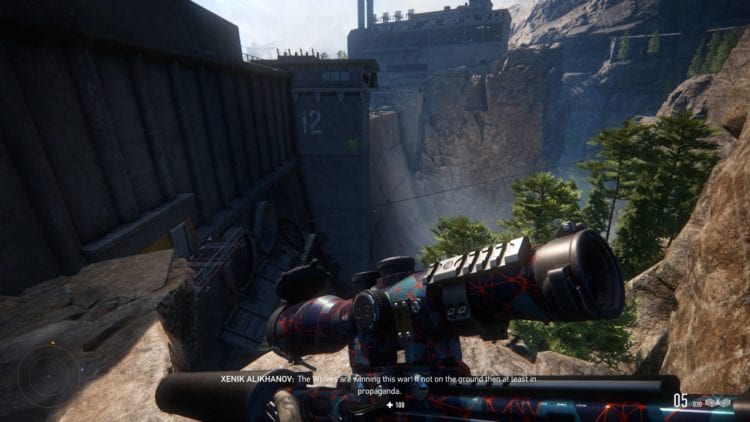 Obtain intelligence about the weapons system

We’re going to complete Sibirskaya Junction’s second contracts objective first. Xenik Alikhanov, the unfortunate Anastasia’s dad, can wait. Once you emerge from the sewers, you’ll spot lots of soldiers around you. 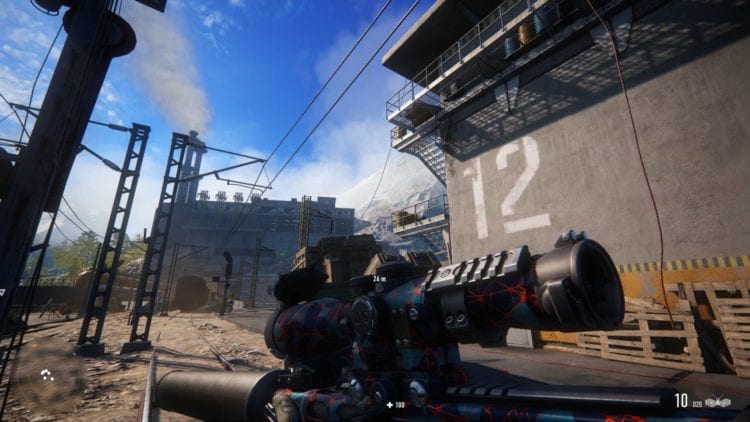 Take care because there are half a dozen cameras, numerous armored personnel, snipers, and turrets dotting the railway bridge. Off to the side, you’ll find a stairwell which should lead you to a tower. Inside the said tower, you’ll find the files. 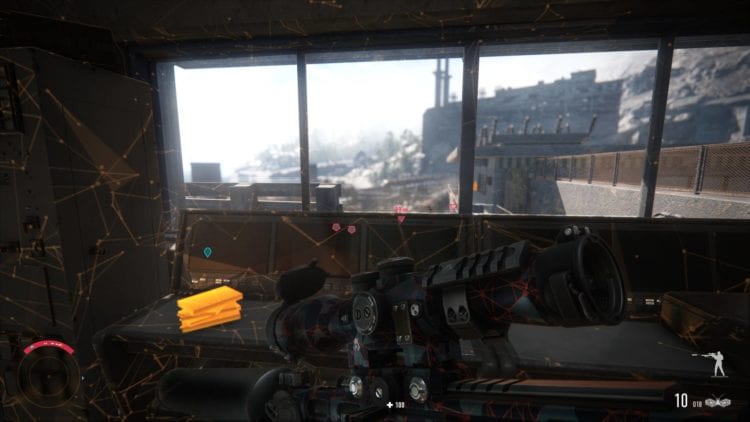 Sneak past enemies or eliminate them, the choice is up to you. The drainage system does offer decent cover for the stealthy approach, just be wary of CCTV cameras. 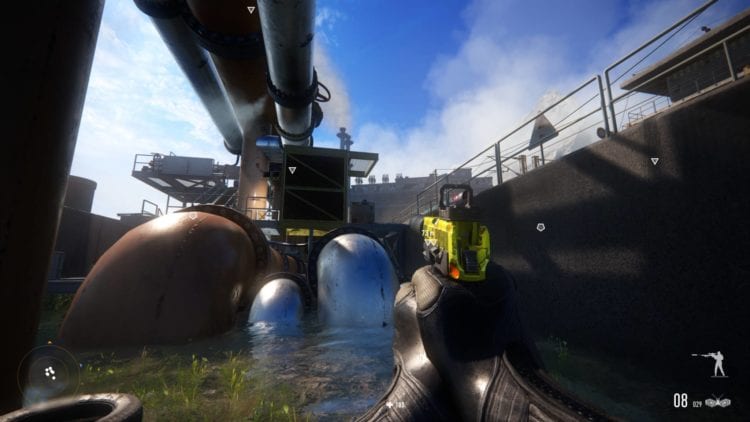 Eventually, you’ll reach the entrance to the train factory. 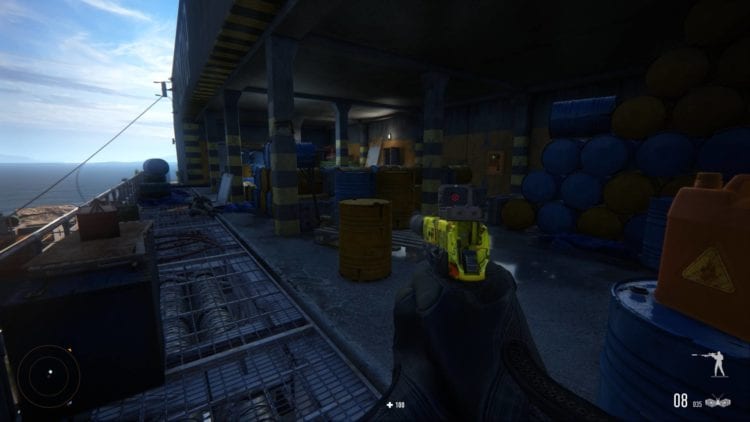 Sabotage the train carrying the missiles 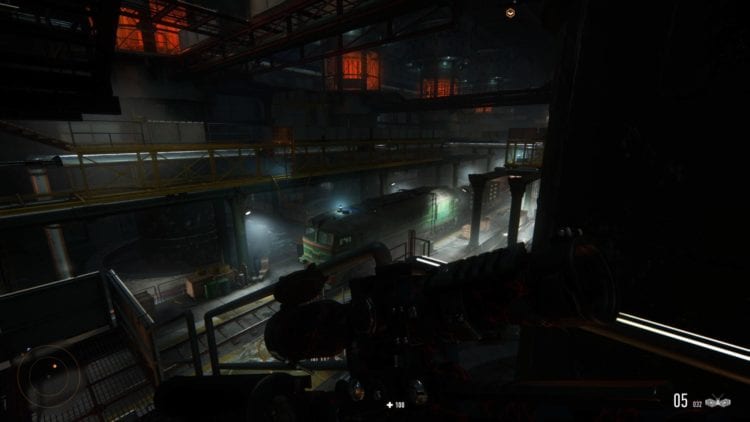 Since you’re entering from the upper walkway, you won’t have too many problems with the soldiers here. The train is right below you and most of your enemies will be split up inside the factory. 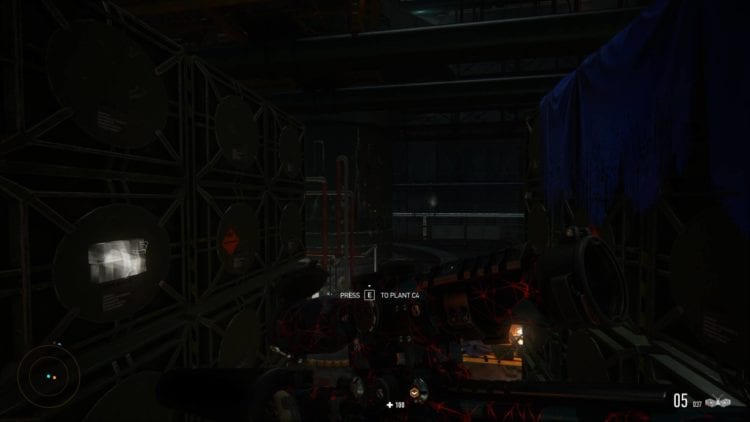 You’ll spot a train car with a blue top. You can plant the C4 explosive here to complete this Siburskaya-7 Junction objective.

Head back up top and take the stairs. You’ll arrive in an open area with a government building nearby. This is Kurchatov’s HQ. 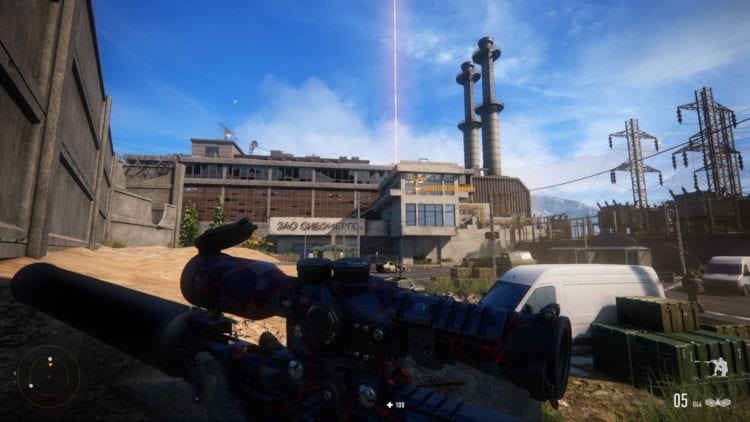 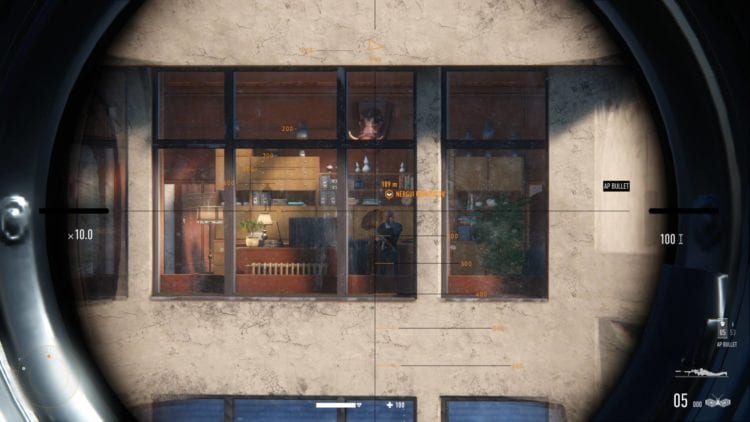 For now, just go ahead and sneak until you reach the rooftop. You can drop down and kill Kurchatov and his armored bodyguard. 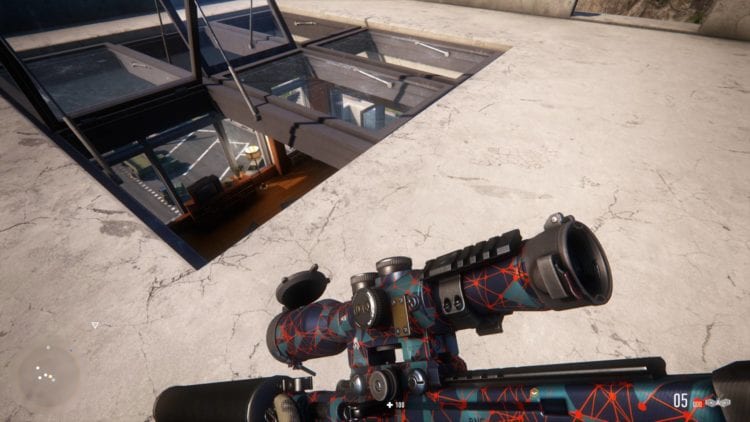 There’s also a collectible in his office so you can get an intel token. 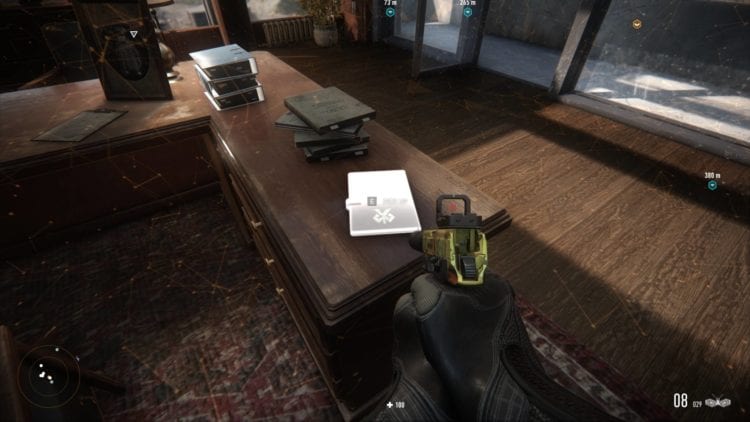 With the Siberia’s prime minister out of office, it’s time to take out his top lackey, Xenik Alikhanov. Follow the pathway going outside Kurchatov’s HQ. Beware of mines in one of the side passages going up the hill. 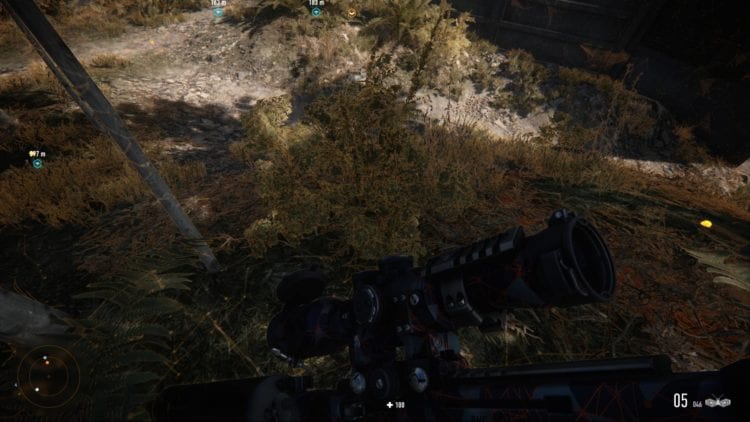 You should see a tunnel that loops to the north. There might even be a bounty here waiting for you. Continue onwards until you see broad daylight once more. You should reach a trainyard. 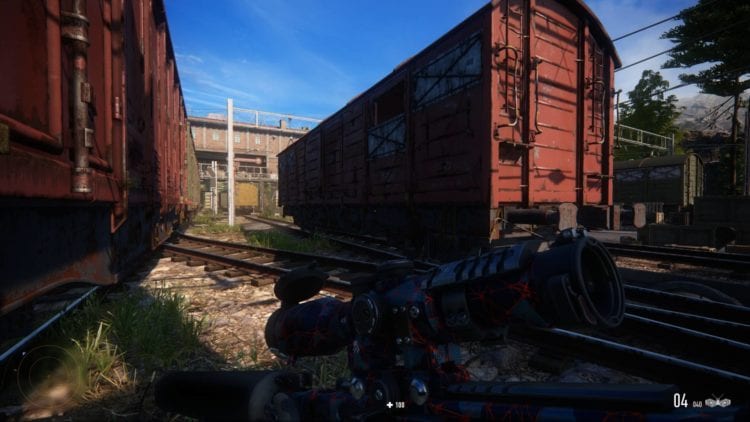 Xenik’s walking around near the back area of the trainyard. You can take him out once you spot him, but there is a challenge that’s related to the fella as well. 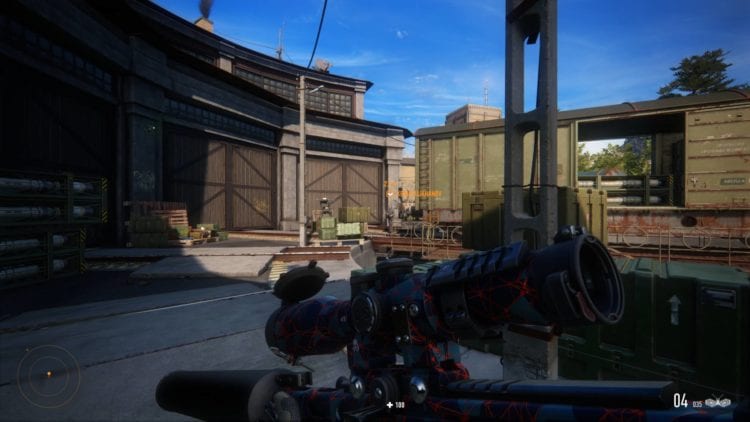 Sibirskaya-7 has several electronic devices such as CCTV cameras and turrets. When you spot them, go ahead and destroy them. If you have the “EMP Module” character skill (Support skills -> Drone), you can even use the drone to fry turrets. 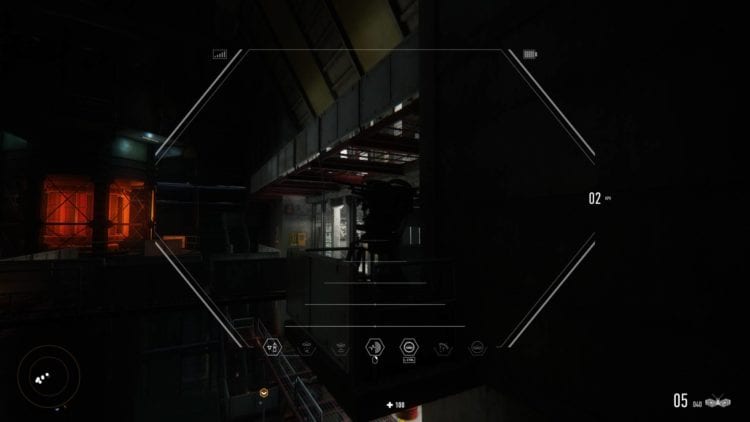 Perform 5 “death from above”

Death from above is a mechanic where you kill opponents that are directly below you. To do this, you’ll have to be hanging from a railing/ledge or preparing to fall down. Go ahead and double stomp your opponent to oblivion. You can do this in the train factory and tunnel due to several enemies that’ll be right below you. This can also be done in the initial area if you can lure an enemy and waylay them from the cliffside.

Sibirskaya-7 Junction has a lot of armored soldiers. Be sure to have a heavy sniper rifle or a light sniper rifle with AP rounds unlocked. This allows you to kill them with a headshot. Alternatively, you’ll need the “Steel Grip” character skill (Gadget skills -> Knife) which lets you knife them. But, this requires you to get up close which can be tough due to the map’s layout. 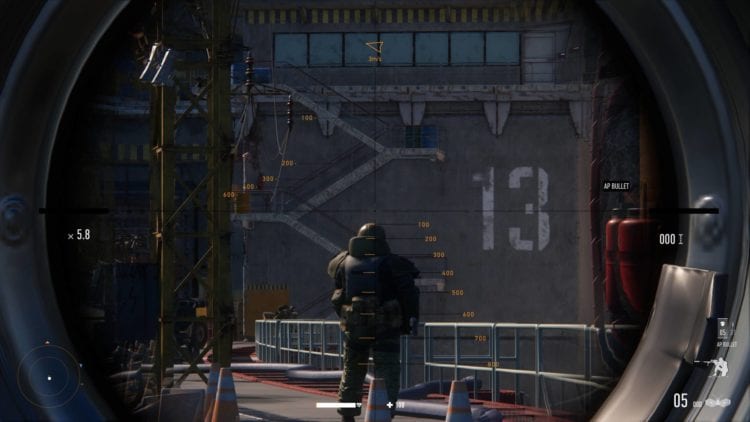 Sabotage the train without raising the alarm

This one shouldn’t be too much of a problem. Just sneak around and make sure not to alert any soldier.

Complete all contracts in under 25 minutes

This challenge in Sibirskaya-7 Junction is quite simple. Just complete all the main objectives in short order. Follow the walkthrough above and don’t delay too much. 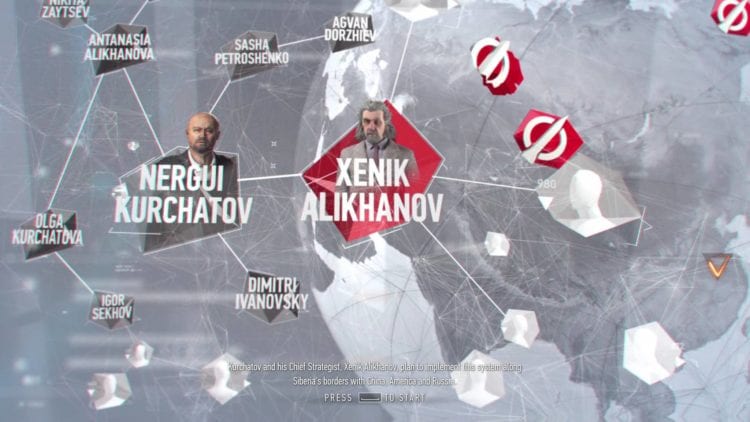 This one might be the oddest challenge in Sniper: Ghost Warrior Contracts. As mentioned, Kurchatov’s office has bulletproof windows. There’s no other vantage point that’ll allow you to have a clear shot except for one that you’ll find atop a roadside building. You’ll know it’s the correct one since it’ll be marked with the Siberian Wolves symbol.

Here’s where it gets tricky. You can equip your sniper’s AP rounds and get a clear shot. You’ll even see bullet cam trigger to show you that your aim was true. 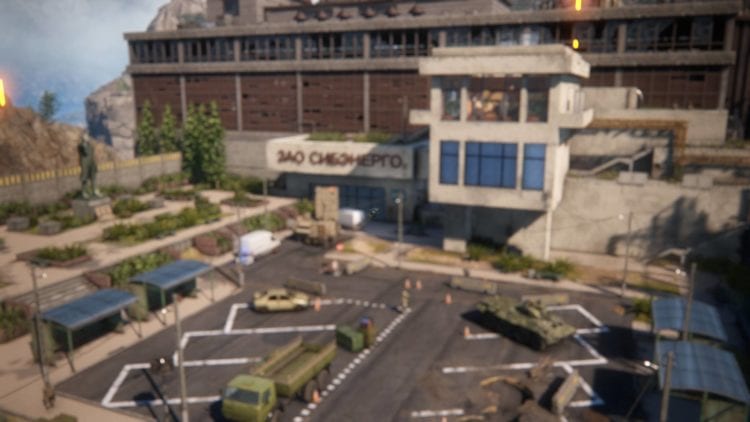 Still, your AP rounds wouldn’t shatter the bulletproof glass for some reason. You can continue firing (which was what I did), but you’ll still be unsuccessful. I’ve also gone inside the HQ building through the rooftop and I peppered the window with AP shots to no avail. 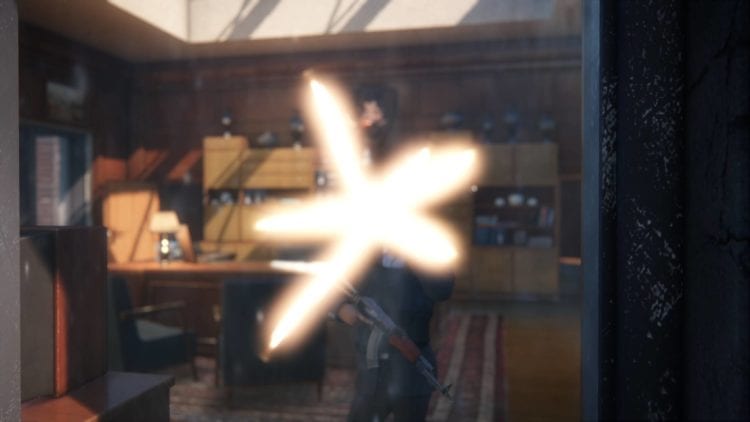 That does it for our Sibirskaya-7 Junction map and mission guide. You’re done with the game’s massive maps, so feel free to replay some of them for challenges and collectibles. Oh, and if someone has discovered how to blast Kurchatov from far away, please do let me know.

Update: As seen in the comments section, Ronald Krebs suggests that to make Kurchatov walk outside his office (away from the bulletproof glass windows) is to first interrogate Alikhanov. You’ll be told certain information and Kurchatov may walk outside of his room. Jon Scott also suggests to use your special Luring Bullet beforehand — shooting the wall outside Kurchatov’s room — to make him pop out to check the commotion. That’s when you can snipe him. Oh, and be sure you’re 100 meters away.