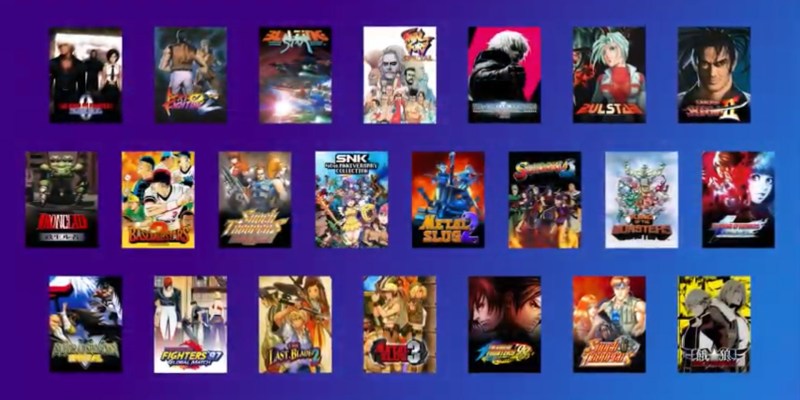 This summer was great for fans of the classic SNK games, as Amazon Prime Gaming gave away 22 of them over the past season. The promotion began in May with an initial seven games, followed by two more waves of free content. In fact, the last wave just arrived, as you obviously deduced from the title. Better yet, it looks like Twitch… er, I mean Prime Gaming, saved some of the best titles for last. Anyone with an Amazon Prime membership can get in on the action, and these games will be available to claim until March 31, 2021.

The most recent SNK additions include a host of fighters and action games. Today, you can get The Last Blade 2, Garou: Mark of the Wolves, Metal Slug 3, Samurai Shodown V Special, The King of Fighters ’97 Global Match, The King of Fighters ’98 Ultimate Match Final Edition, The King of Fighters 2002 Unlimited Match, and Shock Troopers. Not too shabby. Now, with these recent additions, it means that almost every King of Fighters game is free on Prime Gaming. Fans of fighting games might find this collection hard to pass up. Of course there’s also some side-scrollers, beat ’em ups, shoot ’em ups, and even retro sports games available from past SNK release waves, too. Check out the new promo trailer below to see what all is available.

Get that loot one way or another

Of course, there are some workarounds for those that want to relive some classic SNK games without the need or willingness to pay for an Amazon Prime Gaming membership. There’s always the possibility that you may know someone that has the membership, but doesn’t game. If that’s the case, you can simply login via their account (with their permission) to enjoy all of Prime Gaming’s perks and offers. Alternately, you can just sign-up for a free trial and claim the games.

You might want to keep an eye on Prime Gaming though, because it seems like Amazon has future plans for expansion into the gaming market. Eventually, it could be worth the cash on its own, but for now, it’s still a nice add-on to the base Prime membership.

New Sonic games are coming in 2021 according to Sega advertisement