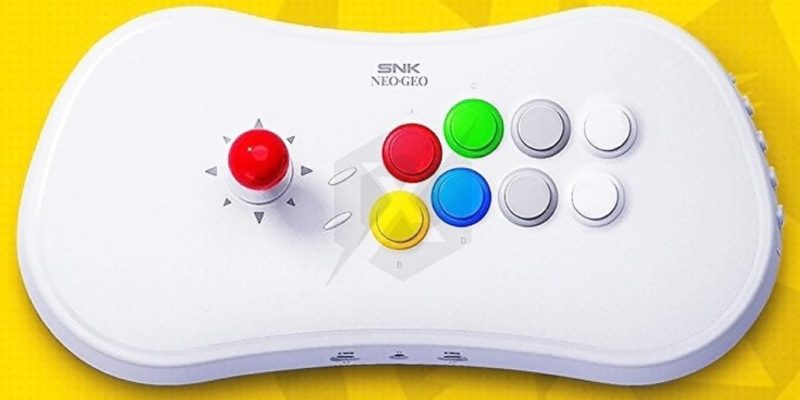 SNK has seen success with its Neo Geo Mini arcade device, but there were some drawbacks. The chief complaint among most owners is that the controllers are just not good. They look the part, but the actual joysticks fail to even come close to being acceptable. Looking to rectify that complaint, SNK has unveiled its plans for the Neo Geo Arcade Stick Pro, a peripheral that not only doubles as a micro-console but will offer controller functionality to the Neo Geo Mini and PC. That last part is surprising but very welcomed.

The device itself will come with 20 pre-installed fighting games (which SNK hasn’t yet revealed) that you can play on any TV or monitor. You’ll simply put the arcade stick into “console” mode, connect an HDMI and power cable, and be good to go. Every game has customizable controls, and you’ll even be able to connect a second arcade stick or one of the various Neo Geo Mini gamepads for multiplayer action. The lack of online play feels like a bit of a missed opportunity, but I suppose this ensures functionality with the Mini device.

In “joystick” mode, you’ll be able to connect this stick to the Neo Geo Mini or even your PC to use as a full controller. That probably explains the additional buttons, since the older console only had four. SNK didn’t mention if this will be a Xinput or DirectInput device, but it should be compatible with a wide range of titles available on PC. Seeing as how classic Neo Geo controllers are considered top tier, this has the potential to be an absolutely killer option.

SNK didn’t give a release window for the Neo Geo Arcade Stick Pro, but it will likely be available later this year. I’d imagine it would launch before Samurai Shodown hits PC, which is still on track for a Winter 2019 release.

The Bard’s Tale IV: Director’s Cut is still a mess, but inXile is trying to fix it