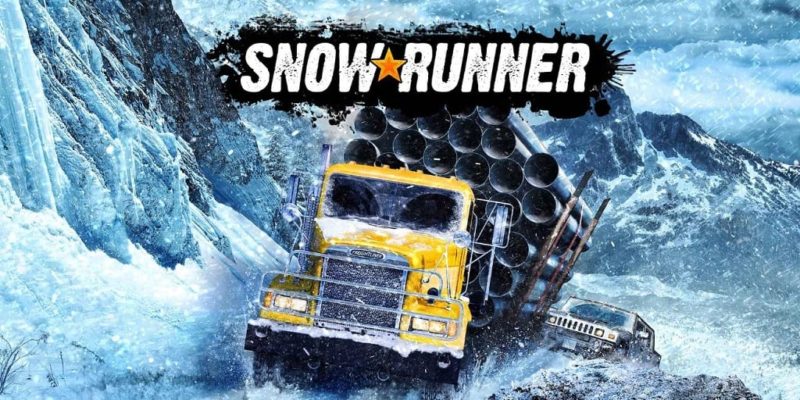 Released back in June 2014, Spintires was a surprisingly good game that provided the self-proclaimed “ultimate off-road challenge.” It would later get a sequel, MudRunner, that built further on that concept. Just last year, another sequel, SnowRunner, was officially announced on Twitter. It may have taken a little while, but now we finally have a gameplay trailer. The new “Conquer the Wilderness” trailer shows what players can expect from SnowRunner come April 28.

SnowRunner takes players deep into both the North American and Russian wilderness for some more off-roading action. These rich landscapes offer muddy forests, arctic mountains, and even vast frozen lakes to cross.

When the MudRunner sequel drops, players will be able to fully customize all SnowRunner’s vehicles in their garage. The customization options include different types of tires, suspension, equipment, and engines to optimize your ride. As always, the goal is to avoid getting stuck and tuning your truck the right way will help achieve that.

Otherwise, the Conquer the Wilderness trailer gives us some insight into what we’ll be able to do. Alongside up to three friends, players will be able to tackle a variety of new missions and challenges. This includes tasks such as delivering supplies, rescuing vehicles, and clearing up any blocked pathways.

Unlike the first two games, SnowRunner will not be available on Steam. Instead, as many game developers choose to do these days, it will launch as an Epic Games exclusive. Some concerns over the Epic Games Launcher’s lack of a mod workshop have been raised by some worried fans. However, a post submitted by community manager Netheos assures that keeping the mod community alive is still a “top priority.”

On launch, SnowRunner’s base game will be available for $39.99. However, if you want access to all future DLC you’ll have to instead buy the Premium Edition for $59.99. As of right now, we know very little about the Season Pass’ future content. But it has been confirmed that owners will get access to an exclusive Sabertooth skin for the Heavy Duty Derry Longhorn 4520. For now, all we can do is wait to conquer the wilderness together.