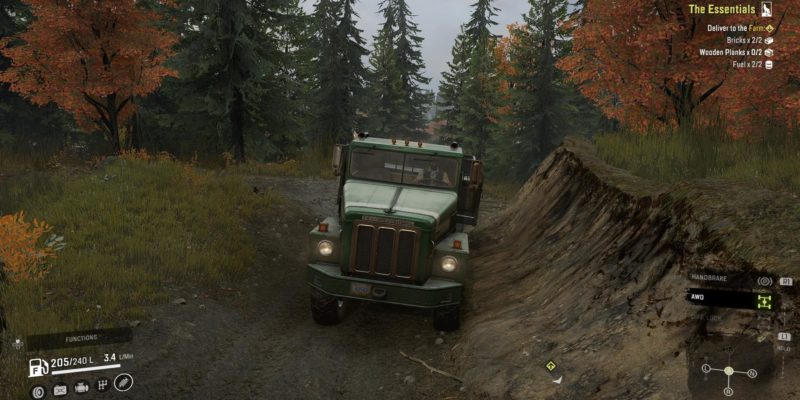 The first five or so trucks you get for free in SnowRunner are not great. And the game is very vocal about letting you know it. You’re probably going to get stuck a lot and it’s going to take a really long time to get where you’re going to boot. But it doesn’t have to be that way.

What if I told you that you could get yourself a damn fine piece of hardware in the early hours of the game with minimal effort? What? You don’t like rhetorical questions? Okay, I am telling you that. If you don’t want to dawdle quite so much at the beginning, just do the things that I’m going to lay out in subsequent paragraphs. You know how articles work.

Get busy sellin’ in SnowRunner

During SnowRunner‘s tutorial, you’re given a pickup truck and a highway truck. While these are both fine for the purposes of, y’know, a tutorial, they’re so poor that you’re probably never going to want to use them again. And you shouldn’t. I tried using the highway truck to make deliveries for a few hours and it did not go well. That thing is useless, I tell ya.

And then, you find your third truck parked at the very first garage you come across. This truck is also worth over $30,000. That means that SnowRunner practically hands you $70,000 right off the bat. There are a couple of cars to find in the starting map as well, which will net you another $40,000 or so if you sell them both.

However, the pick-up isn’t actually as good at getting around the map as the truck parked at the garage is. You’ll either want to use that one to find the other two cars or just do some contracts. Your goal is to get another $18,000. The truck you find in the North part of the map will do this just fine on its own. You’ll need another $5,000 if you somehow don’t have another cargo add-on to sell. 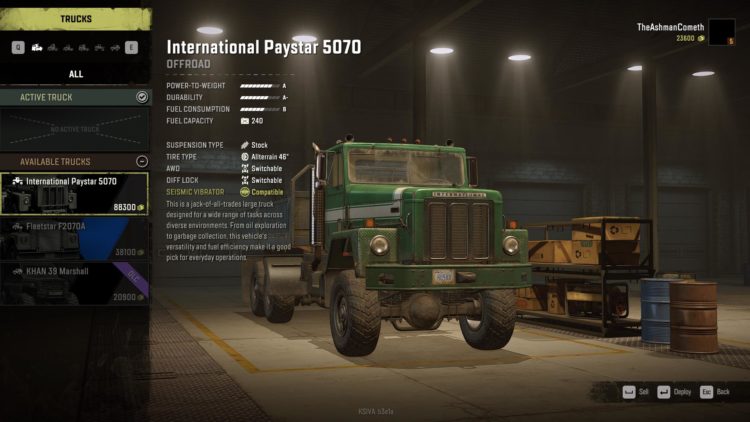 We’re all made of Paystars

Now that you’ve sold off all your worldly possessions and have roughly $88,000, you’re going to want to go into the truck store in your garage and find the International Paystar 5070 offroad truck. This is a very well-balanced vehicle that’ll be able to take you wherever you need to go with far fewer issues than the others. It costs $88,000. You’ll need another $5,000 or so to buy the cargo add-on, but you can just sell the one that you had on a previous truck.

With the Paystar at your fingertips, you’re going to be in much better shape to pull those off. Keep an eye on its tires too, as you can get some that are much better for offroading and mud than the other trucks you’ve found so far have access to. I really wish I would have known to buy this when I first started SnowRunner, as it would have made the early game way smoother than it ended up being for me. Happy driving, truckers. Oh, and make sure to check out our tips guide as well. It couldn’t hurt. 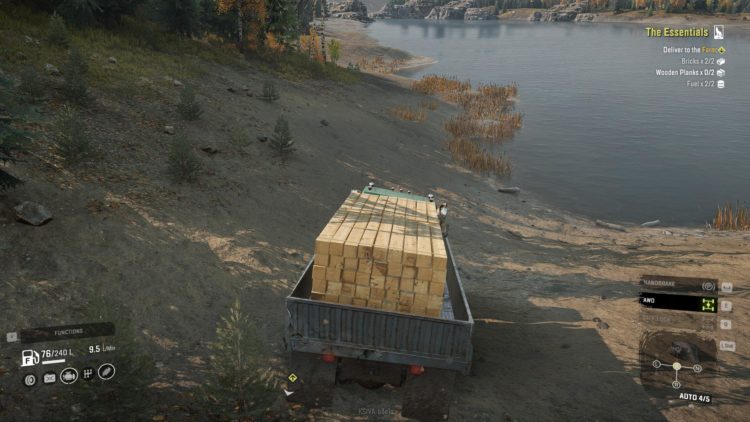 Remnant: Swamps of Corsus DLC — Is it worth it?