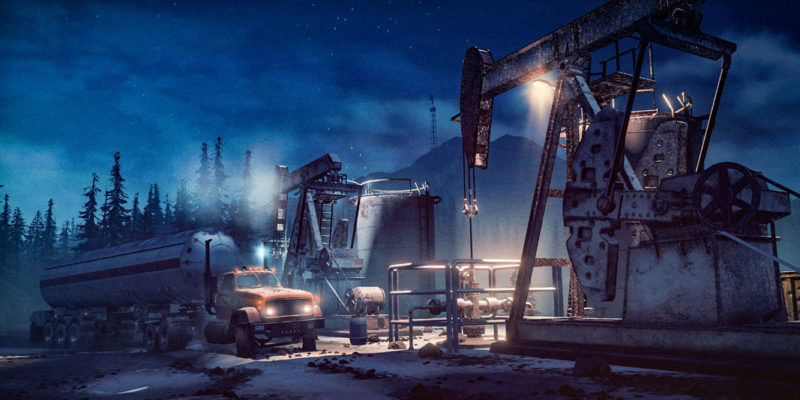 SnowRunner, the upcoming sequel to Spintires: MudRunner, has been in development for a good bit of time at this point. Development studio Saber Interactive has been steadily releasing new details about the game for the past few weeks. Now, the game’s official website has gone live.

Even though we’ve been hearing about the game for several months now, the devs are still not quite ready to share a true release date. For now, the website still lists SnowRunner for a 2020 release date, with a recent tweet indicating that it will be available in “early 2020“. Seeing that we’re not in the second month of the year, that means it could release at just about any point before June.

In recent weeks, Saber has shown off various aspects of SnowRunner. Just a few days ago, a post on the official forums showed some of the different vehicle customization options. Players will not only be able to cosmetically alter their machines (paint jobs, visual elements, etc.) but even the innards like the engine, suspension and tires can be changed and upgraded.

Another recent update from the team is the confirmation that SnowRunner will feature mod support via Mod.Io. This is a popular toolset used by some other titles to allow players in the community to create custom content with general ease.

Saber also released the first SnowRunner developer diary just few days ago, which details technical aspects such as the SWARM engine that the game is built on, its intricate physics and terrain system, large sandbox maps (4x the size of singular maps in the previous games), and more. This dev diary also shows off some gameplay footage:

SnowRunner will launch for PC (via the Epic Games Store), PS4 and Xbox One in 2020.