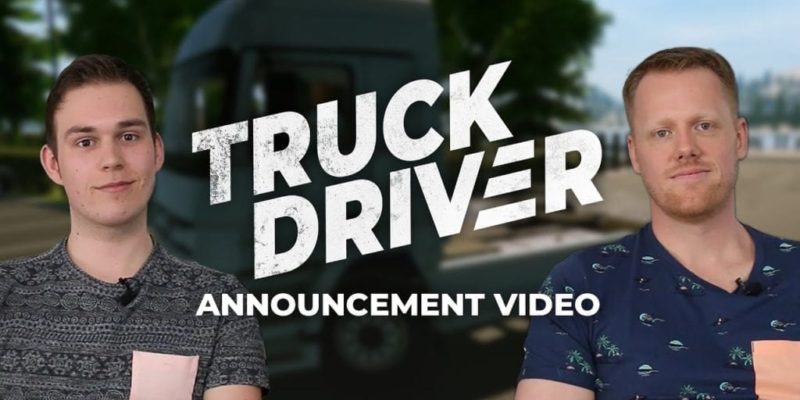 The truck simulation genre has been going strong for several years now. There’s been a lot of different entries in that time, and now a newcomer has stepped up to the plate. Triangle Studios and SODESCO Publishing have teamed up once again to deliver a new simulator (their previous title was Real Farm), this time an entry in the truck driving genre. Fittingly, the new game is simply named Truck Driver.

With Truck Driver,  “SODESCO aspires to  bring the fun-factor back into the trucking genre.” Truck Driver will allow players to stay focused on their career and will feature an open-world.

Truck Driver will be launching on PC (via Steam), PS4 and Xbox One. An exact release date has not yet been announced, with it currently being labeled as a “Coming Soon” release. Here’s a trailer and description for the game:

“Today SOEDESCO and Triangle Studios announced that gamers can soon hit the road in trucking experience Truck Driver! Unlike any other trucking experience, Truck Driver is completely focused on the career mode. By valuing the ‘game’ aspects over the ‘simulation’ aspects, SOEDESCO aspires to bring the fun-factor back into the trucking genre. The game will be available both digitally and physically, for the Xbox One family of devices including Xbox One X, PlayStation®4 as well as PS4 Pro, and Steam®.

SOEDESCO released a video today [shown above] in which they give a look behind the scenes at developer Triangle Studios and show some of the first Truck Driver gameplay footage. In the video they explain that Truck Driver focuses on the player’s experience as a truck driver and their interaction with the local community. Players get to meet all sorts of unique characters and build relationships with them by successfully completing transport jobs, to fully experience the eventful career life of a trucker.

Additionally, CEO of developer Triangle Studios Remco de Rooij shares that they gained a lot of experience from their previous collaboration with SOEDESCO, which inspires them to approach the process a bit differently this time. For example, they promise to involve the community more closely in the development process and point out that they will invite field experts to help them create a great truck driving experience.”