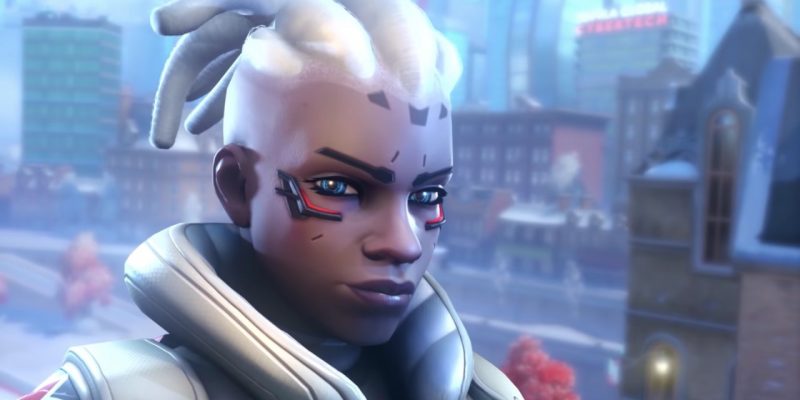 BlizzConline 2021 has kicked off, and needless to say, there is a ton of news to go through. For fans of the Overwatch franchise, there are obviously developments on Overwatch 2. Hero missions and skill trees are part of the conversation, and Blizzard is also mulling over what to do with the different roles in PvP. Two news maps in the forms of Rome and NYC have been revealed as well. However, for a game like Overwatch 2, the heroes are the main stars. Today, we finally got a better look at Sojourn, the new hero coming to Overwatch 2.

Her 2019 announcement teased a character with some explosive ordnance. She also uses a rifle primarily. Fast forward to BlizzConline 2021, and we have a clearer idea of how Sojourn fits into Overwatch 2.

For starters, her rifle has a secondary fire that is quite powerful. It is a precise railgun, and it can seemingly squash the other heroes in Overwatch 2 if multiple shots can be landed. Think of it like a technologically advanced sniper rifle. It does not help that the railgun can be charged up for maximum damage. The charge level is conveniently displayed, just like how Widowmaker’s rifle does it.

As for the primary method of attack for Sojourn in Overwatch 2, she has a full-auto machinegun. Instead of being similar to Soldier 76 though, Sojourn fires off shots more like Orisa or Sombra. In the hands of any veteran, she is going to be great for most combat situations.

Sojourn’s other abilities are still a mystery. She can apparently use her mechanical arm for combat, and her ability icons suggest something to do with area-of-effect. Blizzard will hopefully share more in the future. 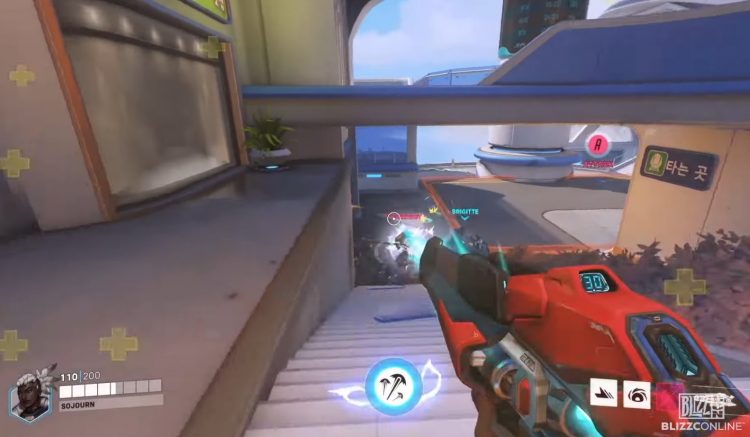 We do, however, know she has a good relationship with everyone’s favorite cuddly gorilla, Winston.

Overwatch 2 is not set to release in 2021, but getting a good look at Sojourn is good enough for now.

Hearthstone changes come with Year of the Gryphon at BlizzConline 2021

Blizzard looking to change up the tank role in Overwatch 2