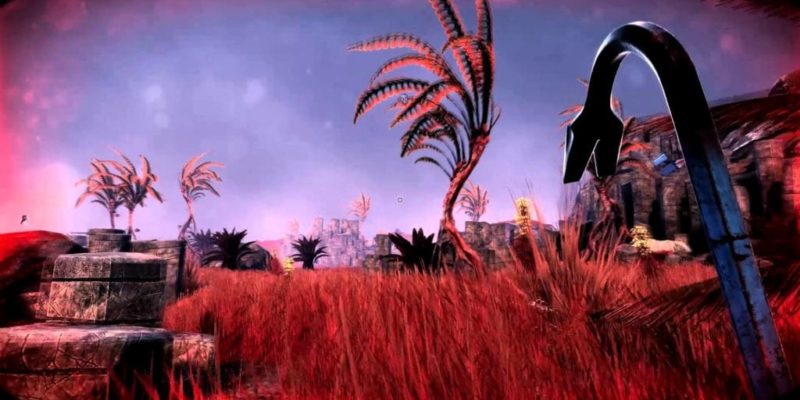 Grip Games’ stranded on a planet survival experience The Solus Project has just been updated with a new episode called The Highpoint Expansion.

A little later than expected due to some crash bugs, the third part of this tasty survival experience can be downloaded on Steam. Along with the new content comes a load of changes and improvements.

In this episode players will have to explore the vertical Highpoint Island which also comes with a massive cave level, acid lakes, weird flying orbs, a “monstrous creature”, and a windmill. This update adds an additional three hours of exploration and story.

You can read our preview of The Solus Project and we highly recommend you check this out, it’s top quality for only £10.99.

MAJOR
Episode 3 content added
Save game format was tweaked to be more flexible for the future! Backwards compatibility was built in but may still lead to unforeseen consequences. Please back up your save games and let us know if you hit any unexpected issues!
Force feedback support added.
Balancing: Text scrolls slower + speed can be set via ini file. Flashlight upgrades give 15% now. Major fix for hypothermia being incorrectly calculated in average temperature environments. While sleeping your body temperature changes less.
Smoke monster also attacks other sources of heat now. You can hide yourself with cold items. Can now recraft the frame device found in the second large cave level.
Ladder behaviour changed.
When climbing ladders you now go down with forward if looking down
Cannot strafe on ladders anymore to lessen risk falling off

Core
Changes to Xbox controller layout
Game now supports force feedback for Xbox controller
Audio now uses 64 channels instead of 32. This fixes all forms of audio noise and restarts but may impose higher demands on PC. Please keep an eye out for any problems here.
PDA Story text reading slower
PDA story text read speed can also be manually set via game.ini
Communication tower parts now correctly saved and loaded on levels other than Crossroads.
Swords can also open cans of food now
Smoke Monster now also attacks heat crystals, and can now no longer see the player if the player holds a cold emitting item. Upon attacking a heat device it also allows for the heat device to be emptied and return to its shell state thereby allowing you to craft a different kind of device next time around.
Glitched torch problem fixes where lighting one torch with another could result in unusable torches in some scenarios.
Ocean reflections now a lot faster to render, and due to that ocean reflection sharpness increased
Game has better check for when you are outdoors, resulting in less stoppage of rain in places where it doesn’t make sense
Sky One disappears in a cloud of smoke now.
Flamethrower ignites items you hold better
All items are less likely to fall through the ground now. May impact performance. Please keep an eye out on it.

UI
Xbox and PC news in main menu now split up
Support for Russian, German, French, and Spanish has been extended further but is not yet final.
Credits updated.

VR
In VR PDA is a bit more angled to make reading a bit easier
VR runs on Oculus 0.8 still and it will be another week to 3 weeks about before this is resolved. Also Vive crashes may occur. Same time frame for a fix for that.