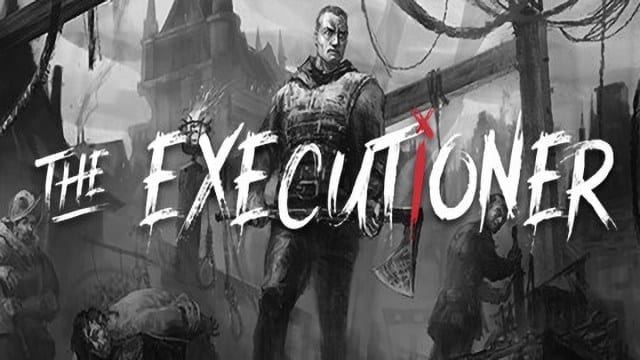 We previously reported that The Executioner was going to release on July 17, but the developer, Lesser Evil Games, has announced a delay. The game is now due to release on September 25. The announcement includes an all-new launch trailer, which you can see below. The developer also announced the delay late last week on Twitter, claiming that the game requires “a little sharpening before release.” According to the press release, the studio intends to put the game through an additional beta testing phase.

The developers say The Executioner will be a multi-part epic exploring the cruel and unforgiving political sphere of medieval times. It aims to combine elements of a traditional RPG with investigation mechanics, exploration, and moral decision-making. All of this takes place in 2D text-based gameplay with a dark graphite art style that looks beautifully bleak. The base game will tell the story of a newly appointed Royal Executioner as he struggles to retain his sanity. He’s a dark man living in a dark age, struggling with his inner demons.

As expected, you’ll play as the titular torturer, a man who maims and executes people for a living. As such, you have to fight to preserve your deteriorating sanity. The game places you in a position where you’ll have to extract signed confessions from the people you’re executing. There are many ways of acquiring one of these confessions, and most of them are not at all pleasant. It’s definitely an interesting premise for a game like this. Finding a way to get signed confessions before you execute criminals sounds really fascinating in an RPG like this.

In The Executioner, you’ll have your own torture chamber, where you’ll study your victims and find their weaknesses. You’ll use your extensive arsenal of instruments of torture on the victims, and you can even use their loved ones to persuade them. You’ll also get to explore an occult underground in a town filled with mysticism, built around medieval artifacts such as the Hand of Glory, the Mandrake root, and the original Tarot deck. There’s even a dark economy in this town, a market for dead flesh, where you can be the main supplier.

Based on the launch trailer and some screenshots, the gameplay looks like it features a robust RPG system. The developers describe the protagonist as a walking lie detector, a man with unique perceptive abilities that allow him to read people like an open book. So we can expect a lot of skill checks, which can be fun to play in text-based RPGs like this. Of course, it’s not for everyone, but there’s definitely a niche for this kind of old school style RPG, especially with such a unique art style.

The Executioner will launch on Steam on September 25. You can follow the game on Twitter for more updates, and you can check out the official website for more information.

What do you think of The Executioner? Is it a bit too morbid for your tastes, or just the kind of dark and bizarre game you’re looking for? Drop your comments below and tell us what you think!