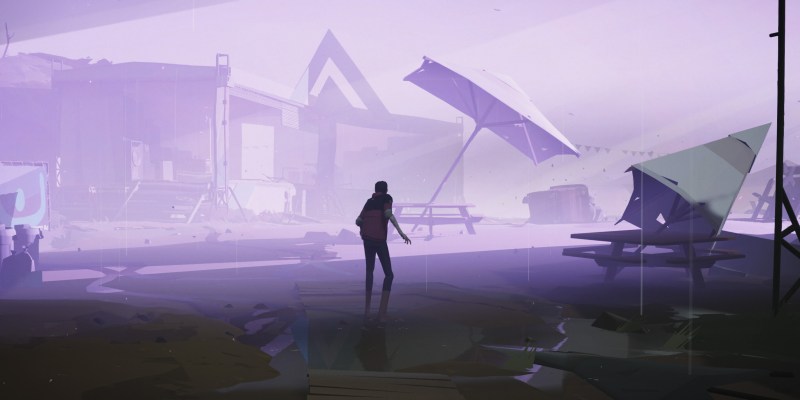 Somerville, the sci-fi adventure game debut by developer Jumpship, at last has a release date. The game was teased five years ago with a trailer that hinted of an alien threat far too grand for humans to handle. Announcements went dark after 2018, but the game returned during the Xbox and Bethesda showcase last year. And soon, we’ll finally discover what secrets it’s been hiding away.

Somerville certainly has plenty of mysteries in store. Perhaps what I’ve enjoyed the most about the game so far is how much of it is really unknown. Is there an alien threat? The looming, black obelisks floating in the sky certainly suggest as much. But are they allies? Enemies? Jumpship has been keeping things mum, releasing teaser after teaser of this fascinating adventure game.

What we do know, is that you’re no warrior in this story. Somerville places you in the role of a man desperate to find his family after his world is torn apart by a “large-scale conflict.” The sci-fi setting paints a dark and foreboding picture, where any hope to be found lies at the end of a dangerous journey.

“In the wake of catastrophe, you must find the means to make your family whole again,” reads the game’s description. “Somerville is a Sci-Fi adventure grounded in the intimate repercussions of a large-scale conflict.”

The release date for Somerville has been set for November 14. It’ll arrive on PC via Steam, and it will be a day one exclusive for PC Game Pass.

So far, the game certainly looks promising. Blending horror and mild platforming, one can draw parallels to spooky side-scrolling games like Limbo. You do appear to be a bit more flexible in your approach, however, where you will not only have flashlight, but you’ll also have to crawl under objects during your quest. Sure, that might not be groundbreaking stuff, but with the kind of atmosphere Jumpship has prepared for Somerville, even the simplest actions may be tense when the world is blowing up around you.

Signalis: How to use the Blank Key and its correct pattern

Signalis: How to open the doors with symbols in Nowhere

By Chirag Pattni12 hours ago
News