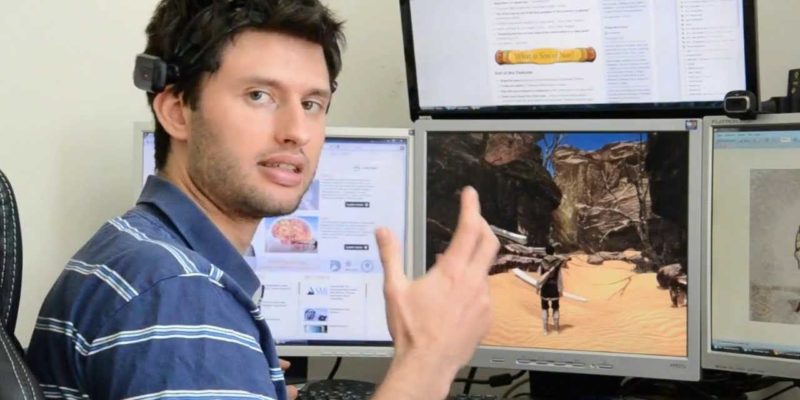 Son of Nor, the game that wants to let you cast spells with your BRAINMIND (see video below,) seems like it’ll fall shy of it’s Kickstarter target. Needing $150,000 USD, the title is currently sat on $115,000 USD with 38 hours left to collect pledges.

But the development team aims to press on and finish the game even if they don’t get a last-minute injection of funding. “Other avenues of investment” will be pursued, according to a statement by stillalive studios.

In addition, anybody who has backed the project will still get a small reward even if the Kickstarter fails.

“Each person who has pledged for the Kickstarter at the conclusion of the campaign will be rewarded regardless of the conclusion. If the campaign is a success and the $150k target is met backers will enjoy all of the rewards promised during the campaign, however if the campaign falls short stillalive studios still promises to offer every backer an exclusive in-game item that will not be made available to anyone else when the game is brought to market,” stillalive say.

Of course, the team is still holding out hope for a last minute cash-rush, perhaps from telepathy obsessed wizards.

“We really do hope that in these last few days however backers, fans and friends of ours help us over the line by increasing their bid or spreading the word to friends, colleagues and family,” says CEO Julian Mautner, using his typing hands instead of his mind for once.

Tune up Endless Space this summer with a ‘Disharmony’ add-on