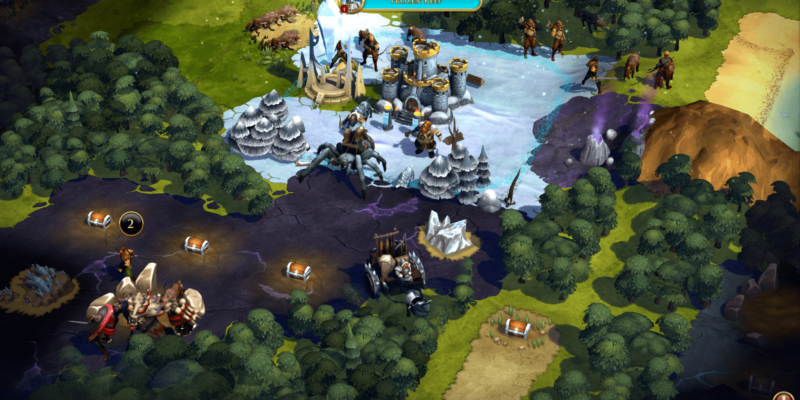 Stardock have updated Sorcerer King: Rivals today, adding a new campaign to the game and taking it to version 2.1. Cracked writer (and editor) Chris Bucholz is handling quest writing duties on this one, and is already signed up to write on Stardock’s upcoming Star Control.

The primary campaign quest concerns the receipt of a strange letter and an artifact called “the Crux of Az-Adoras”. This handy device can pierce the magical wards keeping you away from the other realms of the Sorcerer King. Each gate you unlock with the Crux (because, come on, of course you’re going to do that) draws his attention. He’ll leave you alone, but only in return for a shot or two of your life force.

Expect a custom map, a sartorially aware Ogre, and a new villain in Sorcerer King: Rivals 2.1. According to Stardock, this is just the start of support for the game. In future, they’ll be “enhancing each individual sovereign with custom starting units, unique improvements, and some other things”.