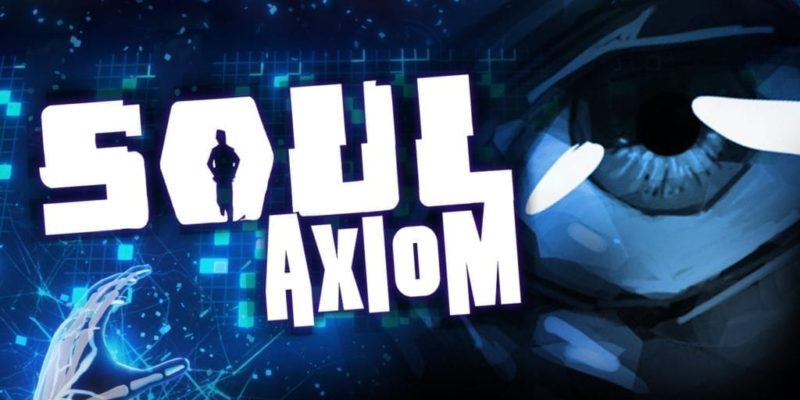 It’s not often when a first-person game comes out and it’s entirely puzzle and story based. Indie game developer Wales Interactive takes you on a mysterious sci-fi adventure where you traverse an eerie and empty world trying to find yourself and your lost soul. Soul Axiom shows us the indie side of the spectrum that isn’t just comprised of 8-bit platformers and tries to create a unique and interesting experience that constantly provokes thought with new and varied puzzles.

As an early access, the game is far from being fully available as it’s missing entire chapters, cut scenes, some textures and it’s riddled with bugs. Playing through the first few chapters of Soul Axiom felt more like an Alpha test than an early access. It was difficult to gauge certain sections of the game as I did find myself stuck due to bugs on several occasions which required me to restart the game or chapter. This somewhat influenced my opinion on certain things in regards to the experience I had playing through the early access.

The atmosphere in the game plays a big part in the overall feelings the developers are trying to convey. You’re given bits and pieces of story with little to no dialogue. You only get hints of story from the world around you like mini scenes you come across on television screens or weird flashbacks you may have as you progress through the game. Graphically the game isn’t impressive however it does have its own stylistic feeling to it.

A rather lackluster depiction of the graphics.

Everything in the game feels distant, empty and dark. It often blends together in a way that casts an illusion over your environment making everything seemingly disappear into each other. Sometimes I’d find myself lost in my surroundings as backgrounds and structures seemed to meld together and have me walking in circles. Some people may not like this but I believe it was done on purpose to bolster the atmosphere Wales Interactive is trying to promote.

A look at the eerie environment.

The music was at times noticeable and at other times not there at all. It was either ambient noises, quietness or some eerie track playing in the background. As you progress through the game you do encounter some music tailored to your current environment, such as a jungle theme when you enter an ancient monkey temple ruin. On several occasions I jumped out of my seat when I found myself completing a puzzle, only to suddenly be knocked out by a shadowy figure for a scripted sequence. The game does not actually have enemies of any sort that you fight against, only puzzles that can cause you to perish if you do not complete them correctly. It’s similar to Portal where failing to make a jump or miscalculating how you should have solved the puzzle can lead to your death and a very loud screen that serves to make you jump. I feared dying in Soul Axiom because that one screen would always take me by surprise even when I knew it was coming.

The true high point of this game is the gameplay and unique way to solve puzzles in order to progress. In Soul Axiom you essentially get odd powers that allow you to do strange actions with your left and right hand. Each hand does something different depending on what power you’re using. The first power you receive in the game allows you to phase objects in with your left hand and out with your right hand. A very simple example of this would be coming across a gap between two ledges. Hovering your crosshair over the gap allows for a hint of bluish light to glow. Using your left hand you emit your power onto it which causes a platform to phase into existence and allowing you to walk across. I only came across two different powers during the time I spent in early access and I’m sure there’s more powers to find later in the game.

One example where your powers are needed to progress.

The puzzles in Soul Axiom can range from very simple to very tricky and thought provoking. Sometimes I’d breeze through an area with ease but other puzzles took me up to half an hour to figure out at times. Some of the puzzles require clever use of the powers and other times the path ahead is hidden from sight and requires checking around corners and behind objects to find hidden routes. It’s embarrassing to say but on several occasions where I found myself stuck, the answers were right in front of me the whole time.

One of the many puzzles you encounter as you progress.

Sadly, there was more than one occasion where I was stuck due to poor or slow responsiveness with some of the game mechanics. Many times in the game, you know you can use your powers on an object or empty space because they tend to glow the same color that your power has. I found myself skipping over places that required me to use my power because the game failed to properly activate the colored glow to tell me that my power works here. Without the glow you find yourself blasting normal walls and spaces trying to find a way through only to try what you initially thought would work and finding the answer there.

Soul Axiom is an intriguing puzzle adventure with an eerie aura that follows suit throughout the early access. There’s a number of issues and sometimes the game can be boring or irritating but the mysterious underlying story can keep you chugging a long as you piece together everything that’s going on. The game is still being released piece by piece and will surely improve in due time. The core mechanics are alright but more needs to be seen to make a sound decision on how well they fare throughout the game. Soul Axiom is quite interesting but needs much more to be a truly great game.

Disclaimer: Steam Greenlit titles are games that are currently enrolled in the development process. While it wouldn’t be fair to give the game a complete score, we will do our best to offer a current critique for the current build at this time.

By Kevin Foley60 mins ago
Hardware