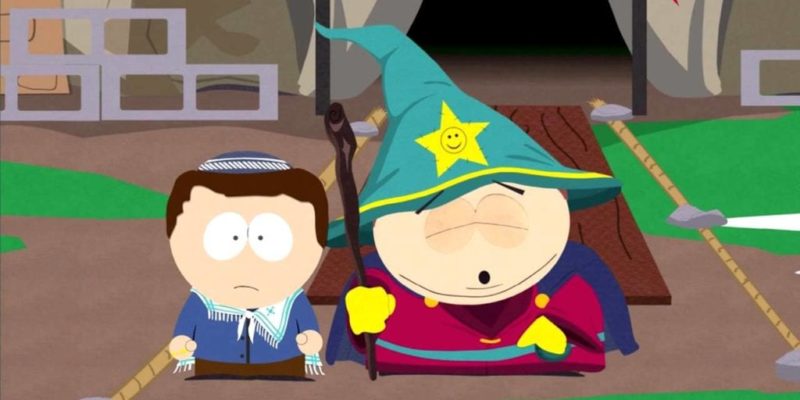 A mage outfit of some quality.

With South Park: The Stick of Truth confirmed as “gold,” you’re only a few weeks away from being berated … I mean, trained .. by Cartman. If you want to see how the first 13 minutes of play unfold, then the video below will furnish you with answers.

It’s pretty much an RPG-themed episode of South Park with some Paper Mario style combat (which Cartman explains is “just like how they did it in olden times”) and questing around the town. In other words, exactly what most people would want from a South Park RPG. There are obvious spoilers for the game in the video, but only of what is clearly an introductory tutorial type area.

Even at this early stage it looks like the combat will introduce some complexity, with various stances and tactics to take into consideration. The game is supplying a near constant stream of jokes, too. Promising stuff.

South Park: The Stick of Truth is due in early March.