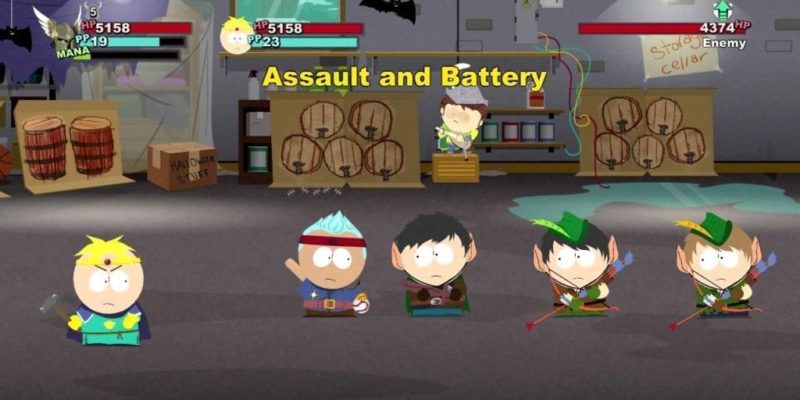 South Park: The Stick of Truth has once again found itself being delayed. The game based on the popular Comedy Central TV Program created by, Matt Stone and Trey Parker was originally knocked back until this coming December, a post on Ubiblog has now announced that it will not be hitting stores until March, 2014.

Ubisoft’s North America President, Laurent Detoc said. “Within three weeks after acquiring the game, we sadly realized we had to turn this thing upside down if we hoped to deliver the experience everybody wanted,” before going on to say, “It’s been such a major overhaul to get to the point where we are that we couldn’t let it go, even if that meant missing December.”

The two south Park creators also chipped in with. “We always wanted the game to feel like you’re actually in an episode of South Park,” and “Getting the game up to the crappy standards of the show has been a real challenge and we’re excited to say it’s taken way longer than we thought it would.”

The news that The Stick of Truth has been delayed, again was accompanied with some raw gameplay footage of the now spring release.

Wild hunt all you like, The Witcher 3 has no DRM on PC