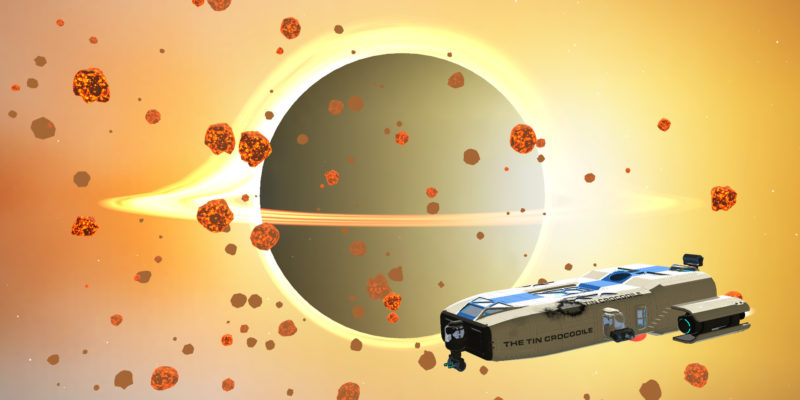 While it’s functionally impossible to review games in a vacuum, I usually try to judge them on their own merits. Maybe it’s ironic that Space Crew is set in the vacuum of space. Because there is absolutely no way I can express my opinions on Space Crew without talking about its predecessor, Bomber Crew.

Bomber Crew was one of those games I picked up on a whim and then promptly lost 20 hours to. It’s a chaotic mess of stress and anxiety, in which 10 things need to be done at any given second and triaging the most important is nigh-impossible, and I mean this in the best way possible. And to understand where, in my eyes, Space Crew falters? You need to understand why Bomber Crew works so well.

The two are recognizable siblings. While Space Crew moves the series from World War II into the far reaches of space, their basic fundamentals are the same. You control the crew of a single craft, and while they’ll handle things like piloting and shooting, you need to tell them which stations to man, which items to use, and which fires to put out. Metaphorically and literally. And if that sounds a bit like FTL, then that’s a fair comparison: Bomber Crew was pretty much a more stressful, faster-paced take on the moment-to-moment gameplay of that game.

Space Crew: The Next Generation

Space Crew certainly gets the basics right. You’ve got six crew members and nine stations. You’ll always want a pilot and someone on sensors, but after that, it’s situational. Security, to jettison boarders or activate stealth mode? Engineering, to fiddle with power levels and boost your shields? That’s the theory, at least.

The reality tends to be that you can effectively stick everyone on guns and then wait. Fairly early into the campaign, my general tactic was to start with everyone on guns, use Evasive Piloting to avoid gunfire when my shields got low or an enemy craft tried to board, use the security station abilities if I really needed a boost, and… no, that’s it. If anyone did board or anything needed repairs, my engineer could handle that before going back to his assigned turret. My job was to tag fighters so people would shoot at them, and occasionally click the power ups. 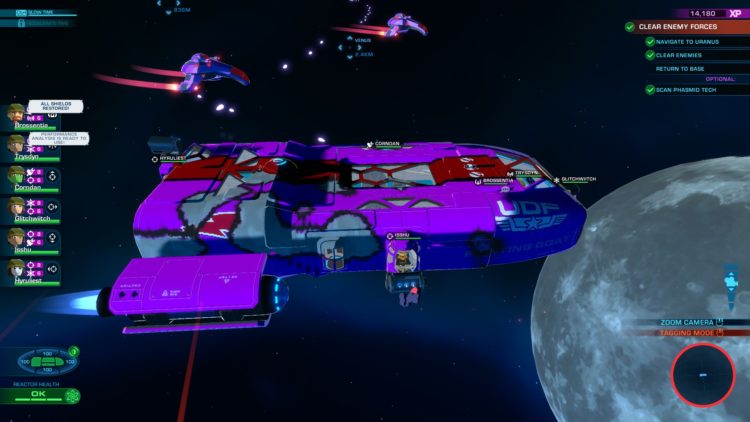 That doesn’t mean my beautiful ship, the Fainting Goat, didn’t get a bit scuffed.

Compare and contrast to Bomber Crew, where you constantly needed to update your flight headings (so you didn’t accidentally fly over Berlin), adjust altitude, manually take recon photos or drop bombs, send people to reload guns, worry about the weather, put out fires, repair the engines, or revive dying crew members. Those are pretty much replaced with “repel boarders.” Fires still happen, and engines still need repairing, but both are much rarer than before. Hell, I didn’t lose a single crew member across the entire campaign, which seems almost unthinkable.

Hopefully not the final frontier

Unfortunately, as interesting as sci-fi settings are, that’s also where a lot of Space Crew‘s problems originate. Shields give you huge defensive leeway, and the sci-fi powers like preventing attacks for a full 40 seconds mean that your crew or systems taking damage is the exception rather than the rule. You have so many solid defensive options that there’s rarely much to do on the ship itself.

Encounters happen in individual “zones” separated by jumpgates, so you don’t need to worry about navigation. You’re not going to accidentally fly over AA batteries if you don’t quickly adjust your heading. You don’t need to worry about flying high so that simple fighters can’t reach you, at the risk of your crew freezing, because altitude doesn’t really exist. And making quick escapes from difficult situations means sitting at a jumpgate for four minutes, defenseless, so that’s rarely a realistic option until you unlock a piloting skill to assist. 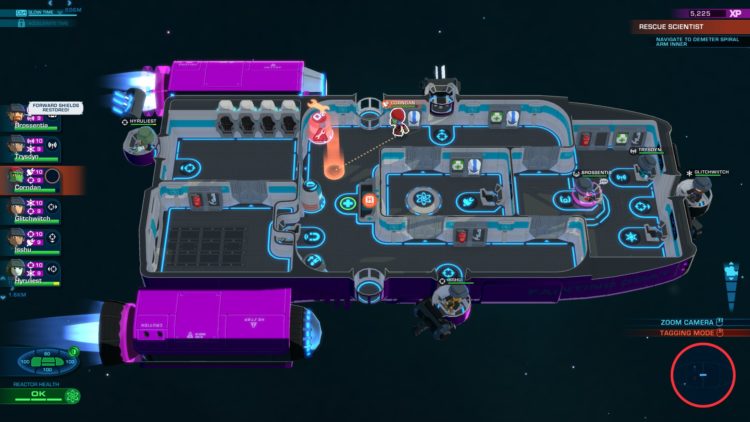 Your O2 or shield generator getting damaged necessitate immediate repairs, but these are fairly rare occurrences.

As an aside, I went back and played Bomber Crew again because I figured that maybe I’d just gotten really good at the series. Nope. I lost three crew members in the first four missions, and limped home with no landing gear and two engines gone. Meanwhile, the closest I ever came to losing someone in Space Crew was when I activated Evasive Piloting while my engineer was outside repairing an engine… but I managed to tractor beam him back in before he expired. After that? Smooth sailing.

I can understand that Bomber Crew may be too chaotic or too difficult for many, and I’m not against tuning and simplifying that. (Especially when a single strafing run from fighters can, in the early game, incapacitate two crew members.) But while Space Crew eases off on things considerably, it doesn’t actually replace these systems with anything interesting. There were periods of fighting where I had literally nothing to do except sit and watch for 60 seconds, while wishing the Fast Forward key worked in combat.

I’ve spent a lot of time going over where Space Crew stumbles after its World War II-set brother, so let’s talk about what it does right. It’s still got the same adorable style and the same sense of humor — with larger-than-life alien champions. There are some genuinely interesting missions, with escort duty actually being fun for once and necessitating more frantic decisions than the usual combat. 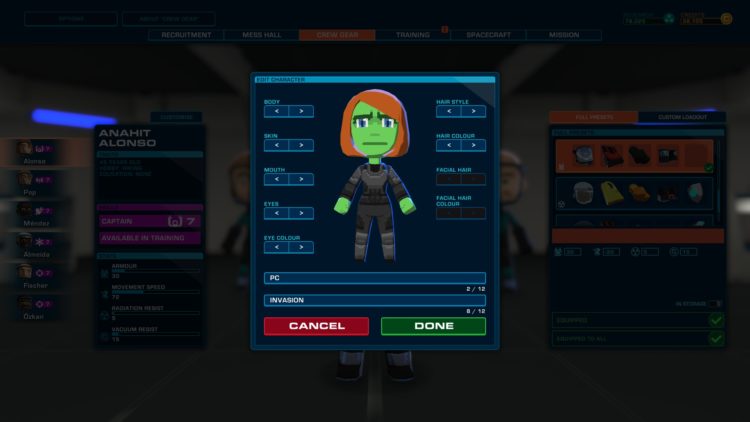 Also, you can still design and name your crew after your friends, then hurl them out an airlock.

And most of what feels wrong, I think, feels wrong largely in comparison to its predecessor. The fundamentals of tagging fighters, manning stations, and generally commanding your crew are still entertaining, albeit in brief sessions. The basic game is still decent.

Any recommendation I give for Space Crew is a cautious one, tempered by how much I love the brutal pandemonium of Bomber Crew. If you haven’t played the World War II-set game, then Space Crew is a solid enough introduction to how this (hopefully continuing) franchise works. But if you have, and you didn’t immediately bounce off the 90 things it demanded you do per minute, then Space Crew will likely be a mild disappointment. It’s fun in short bursts, but lacks the intensity of its forebear.

Space Crew is a reasonable introduction to the Crew series, but it tones down the entertaining chaos and difficulty a bit too much. 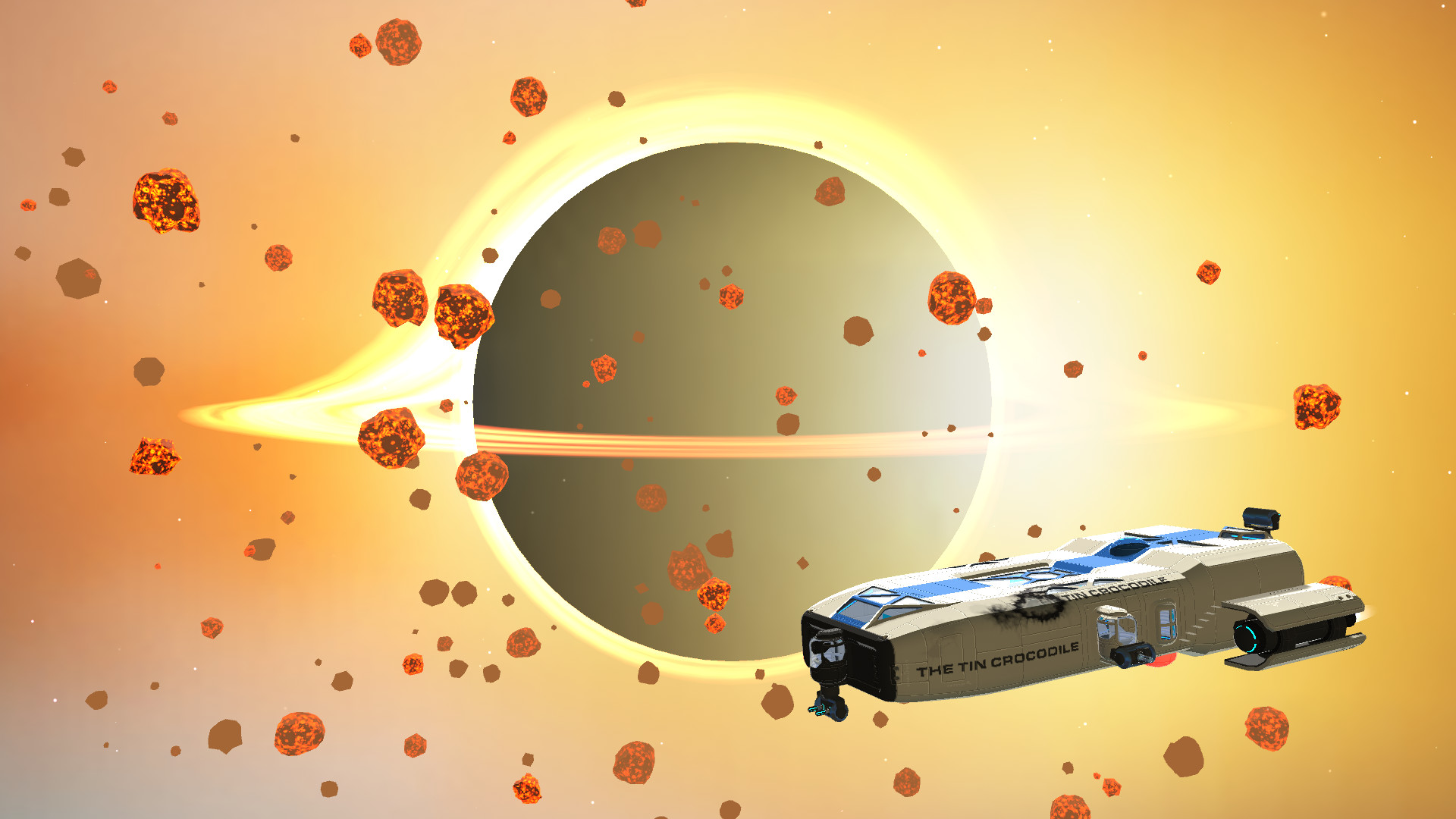 Space Crew takes management to a new level this October