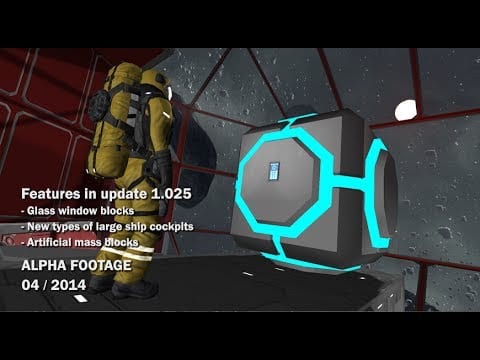 Now you can organise glass-bottom boat rides around the moon.

Space Engineers has constructed a hefty new patch and deployed it in the vast voids of Steam Early Access. If you were waiting for some fancy new glass blocks with which to decorate your ships, asteroids and improbable outer space platforms, wait no longer. Space Engineers now has you covered.

There are also a couple of cockpits that can be used on large ships in both first and third person view. Always nice to have some options in your personal space-vessel. While we’re mentioning third-person view, Keen Software says the lag associated with that camera view should now be fixed.

You can see the full change log for Space Engineers 01.025 after this informative trailer about the update.

The Wolf Among Us Episode 3: A Crooked Mile Review