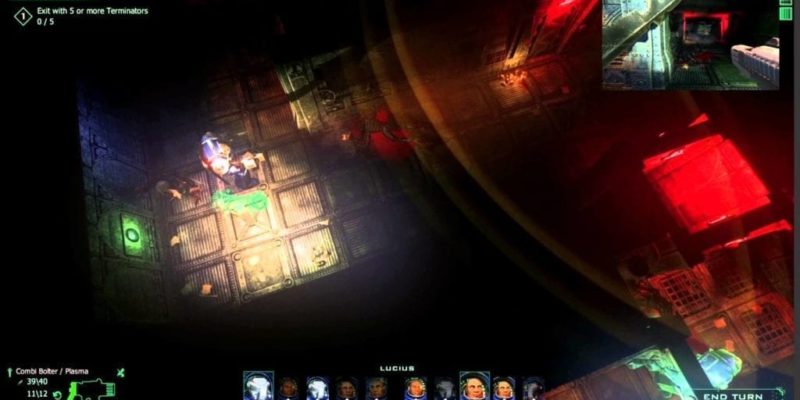 The ever popular Warhammer 40,000 board game, Space Hulk, is making its way back to Steam. This time, the Ascension Edition brings tons of new features and countless hours of gameplay for fans of the series to enjoy.

For those unfamiliar with the series, Space Hulk: Ascension takes place in the Warhammer 40,000 universe. You take control of hulking space marines through tight corridors in a turn based strategy-RPG. The goal is to make your way through the eerie zones of the game, taking on the menacing alien species the Genestealers with a group of space marines or “terminators” in order to protect the galaxy.

Unlike the first installment of the game, Danish game developers Full Control have removed the randomness in the original Space Hulk’s gameplay, which involved dice rolls that influenced and decided your next course of action within the game. The game has now become much more strategy-RPG like and less of a board game with a huge focus on single-player action.

Space Hulk: Ascension Edition now includes three full chapters and 10-times the content of the first Space Hulk,giving it 50 to 100-hours of gameplay and story.

Some new gameplay features include:

If you’d like to see more of the game then check out some of the developer diaries one and two as well as the official Space Hulk: Ascension Edition website here for more information on game design and features.

Space Hulk: Ascension Edition is available for pre-purchase on Steam for a 10-percent discount and if you own the original Space Hulk you’ll receive an additional 15-percent off on the game, for a total of 25-percent off.

You can look forward to the ‘Ascension’ when it releases on November 12, 2014 for PC, Mac and Linux.