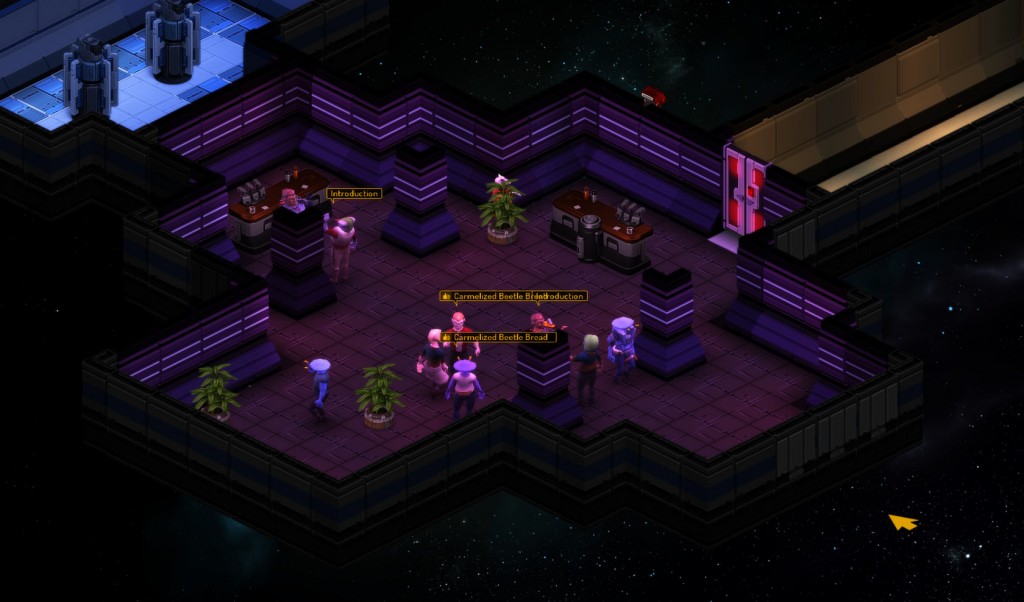 Well, at least it ended before SHODAN took over.

Time for another cautionary tale from the annals of Steam Early Access, as Double Fine confirms development of Spacebase DF-9 will cease after the next update. Now, Early Access can work. It did wonders for Divinity: Original Sin. But this is the other side of the system.

Spacebase DF-9 was conceived during one of Double Fine’s Amnesia Fortnight periods, where short pitches for potential games are voted upon and a few progress on to further development. In this case, the concept of a spacebase management sim in the style of Bullfrog games like Theme Hospital or Dungeon Keeper (but in space!) sounded quite appealing.

It was sold through Early Access for (at the time of writing) $25.00 USD, with the usual “this is an early access game” text from the developers. This included the following information:

“We’ll be releasing major updates roughly once a month, and hotfixes in between as needed. With each major update we’ll post a video here showing what’s been added and improved in the new build.”

Unfortunately, the next update will the last substantial one from Double Fine. Spacebase DF-9 will be dubbed version 1.0 and released with its source code. “We’ll of course be sticking around a bit for bug fixing and support, but any new content for the game will now be in your hands,” the team adds.

The prevailing feeling on Steam from people who paid for the game is that the title is nowhere near finished, and indeed it does appear to be missing the vast majority of features included on this (now pulled) list of future development plans (thanks to NeoGaf for that one.)

In fact the rather chipper “hey, we’re done, congrats everybody!” tone of the latest update is really inappropriate, given that the real and extremely disappointing news is that there will be no more updates made to this unfinished game.