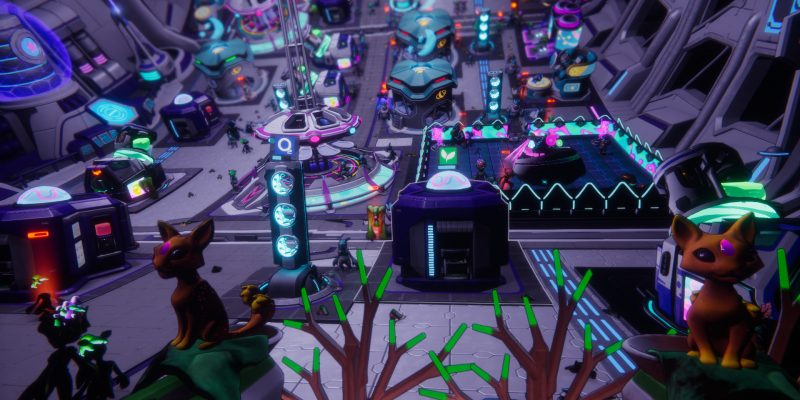 Spacebase Startopia is a management sim game from developer Realmforge Studios and publisher Kalypso Media. It’s based on Startopia, a game that released back in 2001.

Although I wasn’t able to play the original Startopia (indeed, I’m not even sure if it ever reached Philippine shores), I gave this new, modern title a try. I came to Spacebase Startopia with an open mind, only to leave feeling disappointed and discombobulated.

In Spacebase Startopia, you take on the role of a space station’s manager. With the war between the galaxy’s races at an end, alien species are looking for a new way to entertain themselves. That’s where you come in.

You’ll start adding various rooms, decorations, and functional contraptions in the station’s three decks. The sub deck acts as a lounge, factory, and hangar. Meanwhile, the entertainment deck has dance floors, cat cafes, and gambling rooms. Lastly, the bio deck has various flora so aliens can marvel at nature. This is also where you can collect various by-products such as oxygen or fiber. 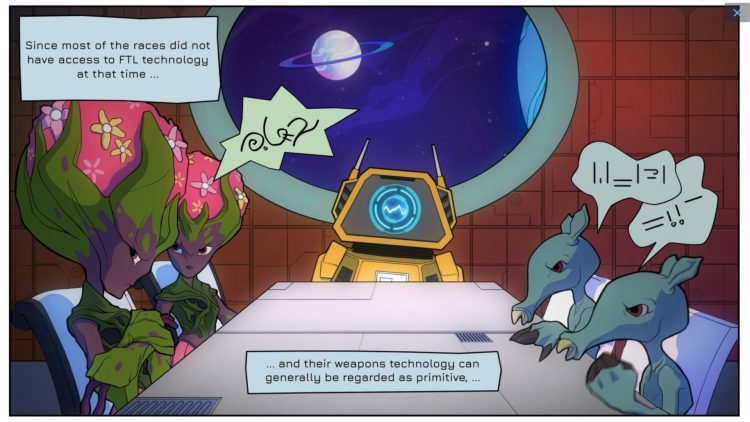 Like other management sim games where you have to take care of your citizens’ needs, Spacebase Startopia also has you looking out for your alien tourists. They will require food, sleeping quarters, bathrooms, decent ventilation, excitement, and Zen relaxation.

Likewise, your workers (different xeno species) focus on various actions that help your station grow. Similar to tourists, workers also have their own needs to stay productive and happy. Otherwise, they’d start leaving your employ in droves.

Assuming you’ve got an influx of happy and satisfied xenos merrymakers, you’ll slowly see an uptick to your energy (cash) and prestige (sort of like your station’s popularity). Prestige lets you unlock new machines, objects, and tools as you expand your hub. As for energy, it’s the resource used to buy and build these features. 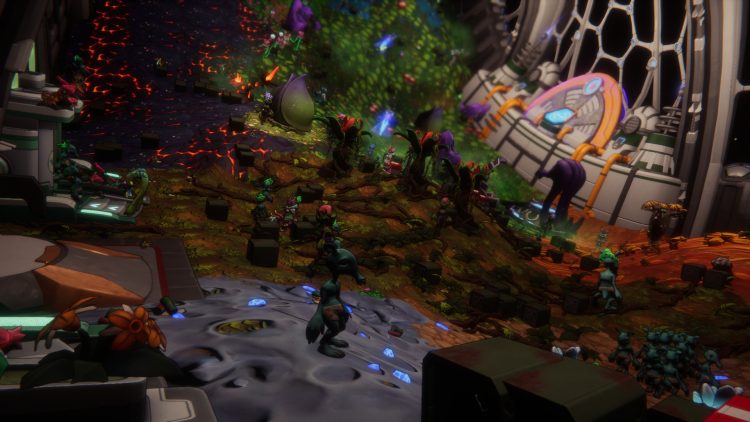 Where Spacebase Startopia spirals out of control

So, where exactly does Spacebase Startopia go wrong? Well, there are several issues on hand. For one thing, micromanagement can be atrocious at times. There are cases when “Fuzzies”— bots that function as your builders, repairmen, and cleaners — don’t do as they’re told even when fully charged. Sometimes, the bots would simply stop working (similar to structures that seem to be bugged when they randomly stop working as well).

Speaking of charging, you can build automatic charging bays only in the sub deck. That means it can be a hassle to try and bring Fuzzy bots to the two other decks given that they can run out of power. You can pick them up and transfer them, but they’ll still go back to the sub deck for charging (unless you wish to do that manually).

Additionally, the use of security forces, drones, and mechs felt clunky and unwieldy. It would’ve been better if the game’s battle system was more tactical in nature. However, that’d probably be an impossibility considering the genre and level layout. Moreover, it was annoying to figure out the needs of both tourists and workers. The UI also didn’t help much here as it felt unnecessarily cluttered and confusing. 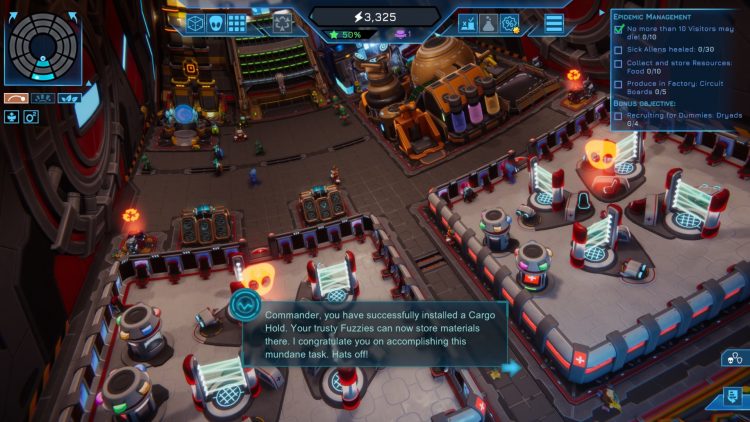 Garbageman of the stars

Perhaps one of the most ridiculous mechanics in Spacebase Startopia is the accumulation of garbage. Apparently, the aliens love to litter, so you’ll constantly see crap on the floor. The usual process goes like this: Fuzzy bots pick up trash (if ever the AI automation can do that properly), garbage bots collect it, the refuse is dumped in recyclers, and, finally, it gets turned into energy (cash). If you don’t find this system reliable, then you can just click on stuff on the floor to pick up the garbage manually before dumping it in the recycler. It’s certainly a mind-numbing task. Coincidentally, too much garbage will spawn vermin (bugs) that can only be removed by clicking on them. It’s like a tacked-on Whac-A-Mole system.

But what’s even more surprising is the fact that the game’s first campaign mission had you collecting trash until you’ve earned enough credits. Things don’t get significantly better in the long run as successive missions have you waiting for visitors to get healed, or waiting for tourists to finish dancing in the disco. The emphasis here is on waiting, and there are periods when I was just staring at the screen since there was nothing meaningful or engaging to do.

To be fair, the waiting game is what you’d usually expect from business simulation/management/tycoon games of different varieties (i.e., Cities: Skylines, Theme Hospital, Jurassic World Evolution, and many more such as Kalypso Media’s Tropico and Port Royale franchises). Unfortunately, a Spacebase Startopia run becomes dull rather quickly. This is exacerbated further since you can’t change the game’s speed at all. 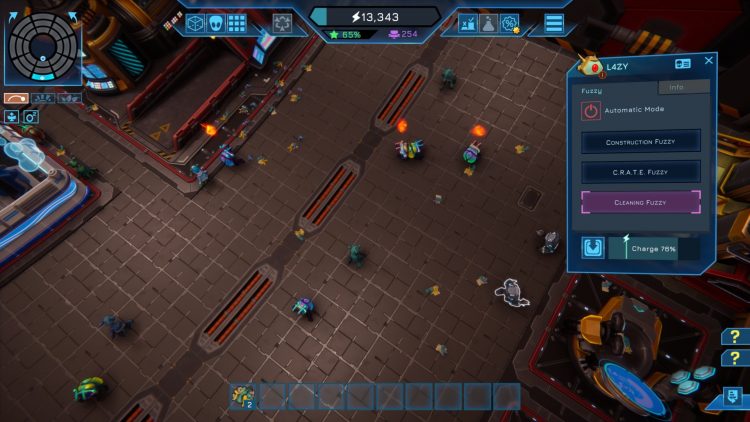 In space, no one can hear you grumble

From a poor set of tutorials that barely mentioned integral mechanics to missions with tedious pacing, Spacebase Startopia barely kept me excited. Even with cutesy, cartoony visuals, the monotony made it hard to actually notice the charm. The audio and voice acting don’t do it any favors, either. The music and ambient effects tend to cut out often, leaving you with stretches of hearing just the placement of objects. Meanwhile, the voice-over/assistant options didn’t present any memorable or humorous quips.

In the end, even Spacebase Startopia‘s free play mode felt like an exercise in futility. I was back to square one, redoing the same actions, clicking the same objects, expanding the same way I’ve done before. Then, I was back to waiting and cleaning up after visitors. Sure, maybe the aliens are having fun. But I do surmise that they’d give this establishment a 3-star Yelp rating if they were the ones managing it. 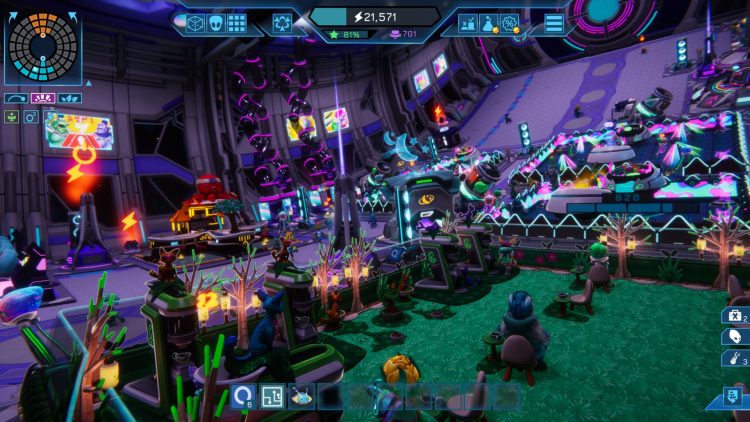 A management sim game where you take care of tourists aboard a star station.
5

Spacebase Startopia has cutesy and cartoony xenos milling around, but that’s all it has going for it. From questionable mission objectives and monotonous micromanagement, to audio hiccups, technical woes, and a lack of direction, it’s a simulation of the doldrums of alien life.