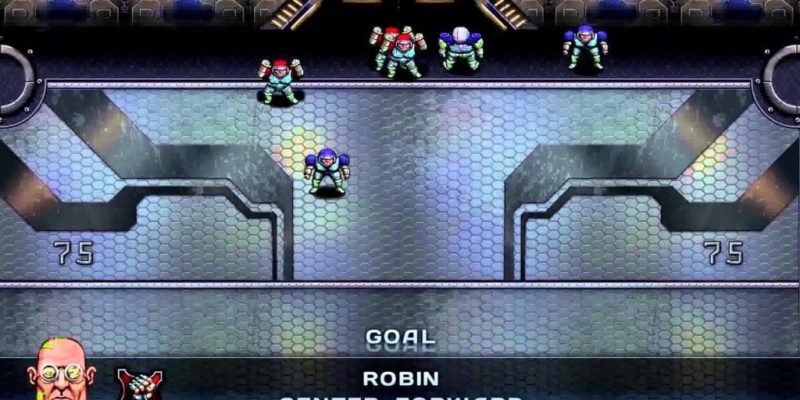 As far as I’m concerned, The Bitmap Brothers’ Speedball 2: Brutal Deluxe is one of the finest sports games of all time. It merged the whole “sports” thing of trying to get a ball into a goal with power-ups, boosts, bonus points, a ludicrously fast pace, and bone-crushing violence. It is fantastic. Unfortunately, every attempt to remake it has been rubbish.

Now, though, there’s a new challenger. Speedball 2 HD is being billed as an authentic remake, developed by Vivid Games and designed, directed, and produced by Jon Hare and Mike Montgomery (formerly of Sensible Software and The Bitmap Brothers, respectively).

And it… well, it looks authentic. No 3D gubbins here; just top-down sprites all the way. Alas, there’s still room for it to be rubbish: this isn’t just a remake. It’ll feature 330 players, new formations, and six new arenas – the Cyber Stadium, Fire Stadium, Gold Stadium, Ice Stadium, Space Stadium, and Speedball Stadium. None of this sounds bad (indeed, some new arenas and the option for different formations sounds good) but after so many failed attempts to “update” Speedball 2, I’m a little wary of anyone trying to change the formula.

Not long to wait, I suppose. Speedball 2 HD will be out on 5 December for £6.99. A trailer and some screens, showing off the artstyle and the new arenas, follow.

Star Lords is the latest attempt to claim the 4x crown