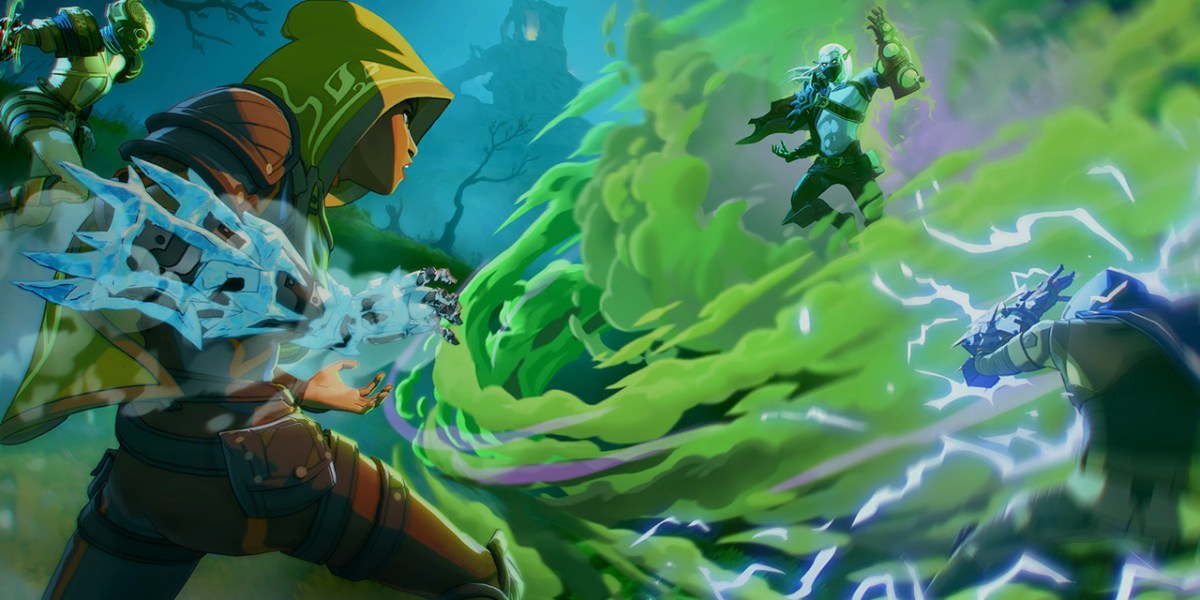 Spellbreak broke onto the battle royale scene earlier this year with a magical theme that makes for some intense PvP action. The game first launched as an Epic Games Store exclusive, but it’s now coming to Steam just a few months later with new content to boot. Developer Proletariat has been hard at work creating more content for the game and building upon the narrative/lore behind everything. With its lovely graphics and smooth spellcasting gameplay, it’s no wonder that players want to learn more about the world of Spellbreak. The Prologue: The Gathering Storm update teased players with a little more in this regard, but Chapter 1: The Spellstorm will be the first big foray into storytelling for Spellbreak.

We spoke to the developers and even played a little bit of the new content to get an idea of how things will change in latest version of Spellbreak. The new characters are one of the first things that are apparent about The Spellstorm. You will meet individuals like Quincy Poisewax who will guide you along with narrative points in the new quests as you try to discover a way to stop the Spellstorm from taking over the Hollowlands. The fact that Quincy features full voice acting is a nice touch over the standard text dialogue that often sets the status quo.

The quests themselves are nothing too out of the ordinary, but they do give you more to do during gameplay and the rewards are always welcome. Another thing about this update is that the quests will go hand in hand with the evolution of the map as the chapter progresses.

Getting more into the rewards, there’s a new Chapter Pass for Chapter 1, which is Spellbreak‘s terminology for a season pass. It features over 50 rewards with things like unique skins, artifacts, emotes, cards, gold, afterglows, and more. All in all, the cosmetics seem like a vast improvement in terms of defining a visual style for the game’s characters. The steampunk and dark warlock outfits were my favorite, though many of these ooze character and are sure to be crowd-pleasers. 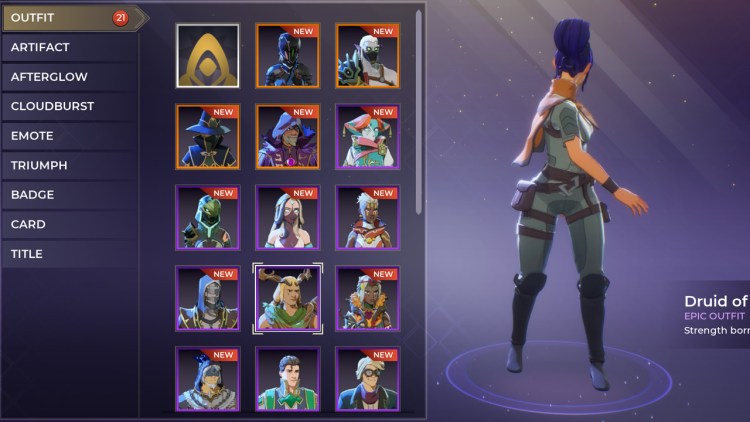 Strike into a new stronghold

The map will also benefit from the redesigned Deadmoss region with the addition of the towering Castle Bogmore. This is the very structure seen in the latest game trailer, and introduces a new level of verticality into the map which the developers are particularly excited for fans to experience. Bogmore does more than just switch up the gameplay in Spellbreak, though. You will also recognize it from the trailer, as it’s the site of some fell sorcery. Whatever awaits in the narrative ahead, it’s sure to involve this location.

Another gameplay feature you can look forward to is the addition of Rifts, which spawn in the Spellstorm once it begins to close. For the first time, you’ll have a reason to venture out into the kill zone, because activating one of these rifts will allow you to redeploy and move across the map with speed. These beat the hell out of the endless storm hustling I had to do in the previous chapter. There’s nothing worse than taking huge amounts of damage in the storm because you got the worst possible next circle or caught up in a duel at an awkward time and place. Hopefully these put an end to that. 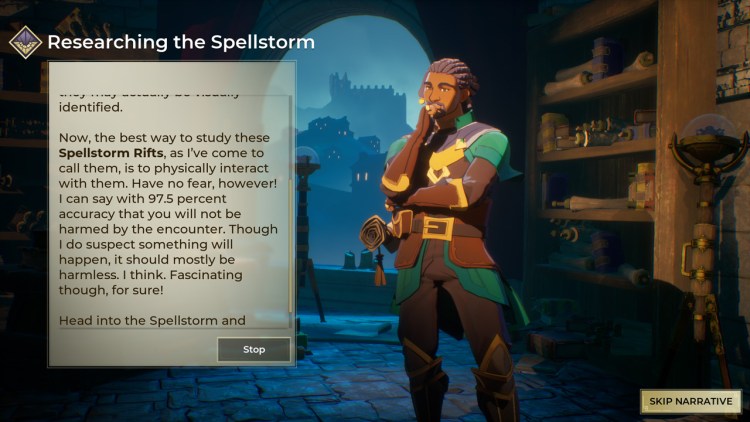 Quincy will send you off with new quests and offer insight on the tasks you complete in relation to the mystery behind the Spellstorm.

Proletariat also advertises that an improved matchmaking experience is coming in a hotfix sometime after today’s launch. It will make matchmaking “much faster and more seamless” by searching before players load into the pre-game island, reducing load times. This was an issue that I — and many other players — experienced, so this upcoming change sounds great. We didn’t get an exact date, but hotfixes are known to be small in size and scope, but fast in deployment. The wait shouldn’t be long.

Get a free look or two, or the whole shebang

You can also grab some exclusive outfits depending on which version of the game you run. The Steam version has the Hinterland outfit, while on the Epic Games Store you get the Feldspar. And as an additional incentive, if you have Xbox Game Pass, you can get the Chapter Pass for free this season.

If you haven’t checked out Spellbreak yet, this is a great time to drop in. The developer feels that it matches more of its original vision with the newly added features and will result in a much more immersive player experience. We can see why.

Spellbreak Chapter 1 is available now and free to play. With the Steam version now online as well, there’s plenty of ways to play this game and tap into your inner battlemage. Before you get started though, you might want to check out our guides. They’ll have you playing like a master spellcaster in no time. Here’s a taste of everything you can expect:

Cyberpunk 2077 endings guide: Get all endings and epilogues