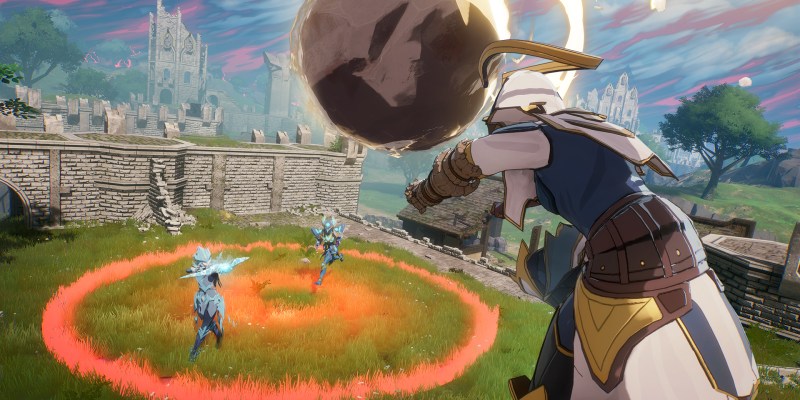 Spellbreak Chapter 1 has come to an end, leaving players eagerly awaiting the beginning of Chapter 2: The Fracture. I was fortunate enough to sample some of the new content coming with the battle royale’s second Chapter. In my hour-long preview of Spellbreak Chapter 2, I got to play a couple rounds of the new Dominion game mode and check out the new Leagues system. I also got a sneak peek at the cosmetics in the Chapter 2 battle pass.

The group of Proletariat developers who were kind enough to take time out of their schedules to play Dominion with me also answered a few key questions about Chapter 2. Most importantly, it will begin on April 8. That gives you a couple of weeks to theorycraft builds with the Talent changes and new game mode in mind.

With the introduction of Dominion, Clash will be vaulted. That will leave Spellbreak with just two game modes, and I think that’s a smart choice. It will ensure the player base isn’t split up too much. As for the new Dominion mode, it’s a 5v5 objective-based battle that requires players to fight for control over three zones. You get points the longer you hold the zones, as well as for killing enemies. However, killing enemies will not be enough to secure a win. You will need to focus on capturing zones. 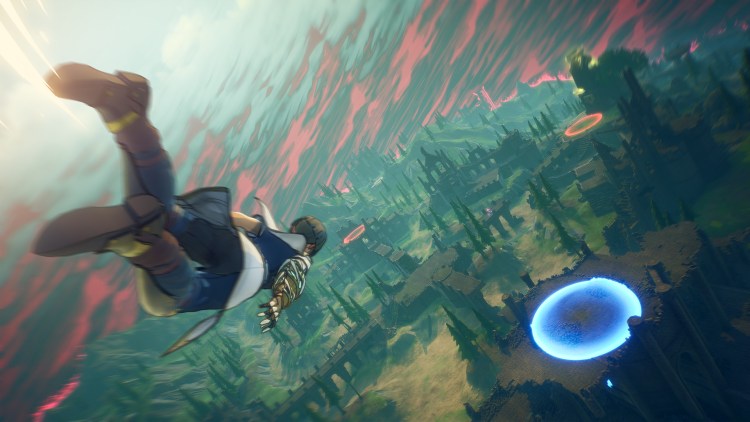 In that regard, Dominion is a whole new magical ball game compared to the battle royale or Clash. And that is exactly what Spellbreak needs. The nature of the mode means that you can’t just roam around trying to slay or hide from enemies. You will need to adopt a new playstyle that involves being aware of the three zones, the enemy team, and the Vowguard AI.

It’s a lot to keep track of, and I was pretty overwhelmed at first. However, you’ve probably played point capture maps in other games before. It shouldn’t take you long to acclimatize. I’m a big fan of Spellbreak’s combat and, from my preview, I could tell that Dominion really brings the best bits of it right to the forefront. It’s more chaotic than the battle royale, but at the same time, there are more tactics and strategies involved, so the skill ceiling is a bit higher.

I don’t think any single Class will be stronger than all the others in Dominion. Although, certain Classes will be better suited to specific roles or objectives. There are long sightlines that suit Conduits and Frostborns. Fighting on an objective zone suits Stoneshapers and Toxicologists. The mobility of Tempests is perfect for roaming. Pyromancers are pretty good all over. 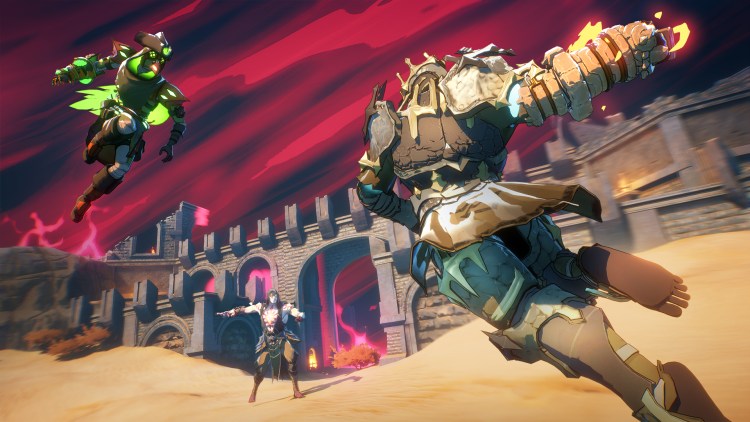 Planning is key to victory

Before you drop into one of the four launch maps, you will need to choose your Class and Talent loadout. You’ll also get to meet the Merchant for the first time and pick your secondary Gauntlet and Rune. The option to make all of these decisions before matches begin means that you can designate roles for your team members.

Some can go with builds that will allow them to play defensively and hold areas. Others can choose more aggressive or mobile builds to roam the map while killing enemies and securing zones. You will need to adapt on the fly, because throughout the match, you’ll be able to purchase upgrades from the Merchant and pick up gear dropped by the Vowguard.

The revamped Talent system I got to try out in the Spellbreak Chapter 2 preview feels very good too. There’s probably some more balancing that needs to be done. However, I don’t think one or two builds will rule them all anymore. There are a lot of strong and fun Talents to choose from. It was incredibly difficult to decide which ones I wanted to play with. And that’s a very good thing.

In the Spellbreak Chapter 2 preview, I was also shown how Leagues will work as a competitive ranking system for Dominion. I’m disappointed that only Dominion will get Leagues, but the team at Proletariat explained that the system can easily be implemented in other game modes.

They also convinced me that Dominion is the right one to begin with. The game mode is more suited to intense competitive queues. In the battle royale, random elements can decide the outcome of a match. You’re not going to get third-partied in Dominion. The outcome of the match is more in your control. Well, your team’s control. Coordination is going to be key at higher ranks.

The League system works similarly to that of Apex Legends. It’s very forgiving in the lower levels. You’ll slowly rank up the more you play. However, the higher you get, the more Crowns it will cost you to enter a match. Which means you need to score a minimum number of points to prevent yourself from losing rank.

The Proletariat team told me that players will receive League rewards at the end of the Chapter based on their final ranks. You’ll earn a badge and a title. Basically, if you make it to Legend, you will get a title that reads something like “The Fracture: Legend.”

Spellbreak is upping its cosmetic game with The Fracture. I got to browse through the 50 levels of the Chapter Pass, and I liked what I saw. The outfits are nicely detailed and themed. Plus, the Artifacts, Cloudbursts, and Afterglows are a lot more intricate. It’s going to be tough to stick with any one for long. I foresee the need for a wardrobe feature that lets you assemble and cycle between your favorite looks. 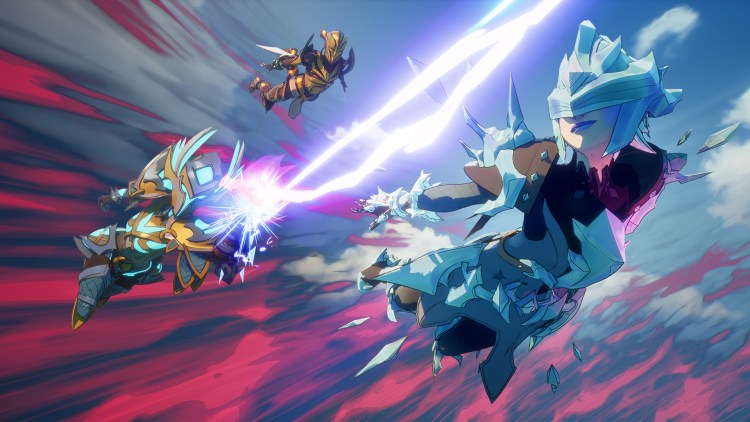 Possibly more exciting than the entire battle pass are the Ascending Outfits that will arrive with Chapter 2. These will start as simple-looking cosmetics. However, as you play, they will evolve into some of the best skins in the game. Each outfit can have between three and five tiers of quests to unlock all its styles. I love the feeling of working to unlock premium cosmetics. Receiving something in return for your skill and dedication is incredibly rewarding.

During the Spellbreak Chapter 2 preview, I was also told that some new gameplay mechanics are coming to the battle royale to spice it up. Things like elemental crystals that can be exploded to create specific effects. These will add another dynamic to the landscape of the Hollow Lands. Plus, these will give you new ways to style on your foes.

I was also told that there is going to be a shrine that can give you a power similar to the Ambidextrous Talent. Whether there will be other shrines that grant other powers, I do not know. But I love that Proletariat is experimenting with these mechanics to keep gameplay fresh. More mechanics to master, without getting excessive, is always good in my (spell) book. And there’s certainly a lot coming to Spellbreak in Chapter 2.