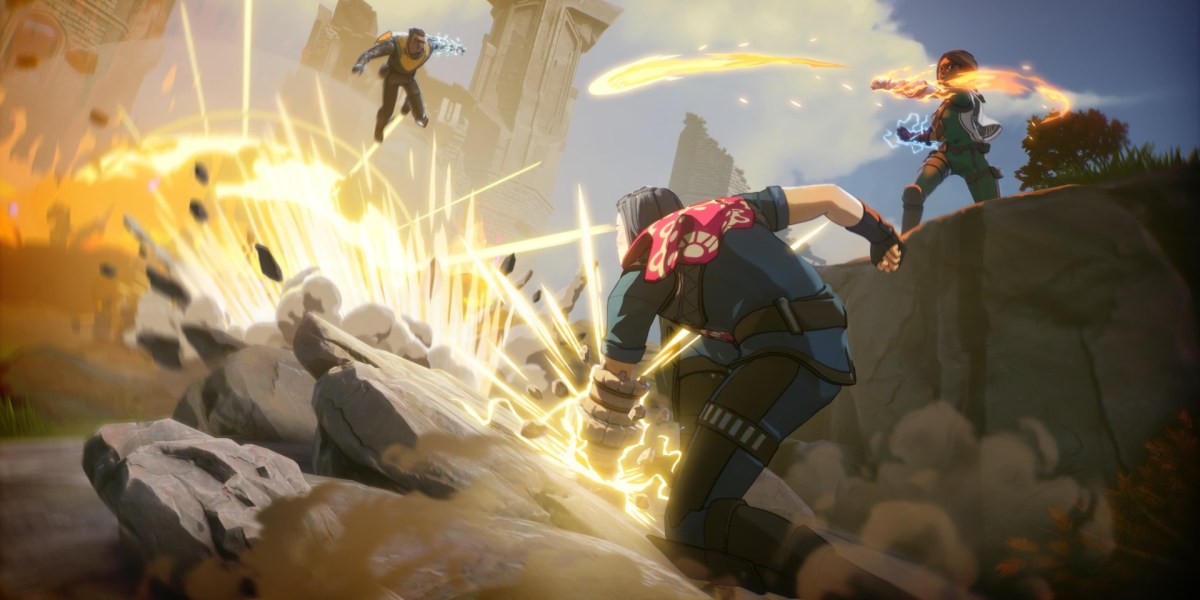 Spellbreak offers players a choice of six different classes. Each one draws on the power of a particular element, and they all have unique playstyles. Finding the Spellbreak class that you play best will take some time. Which class should you play and try to master first? In my opinion, the best class in Spellbreak for most players right now is the Stoneshaper.

As the name indicates, the Stonehaper draws on the power of earth and stone. This class is probably the easiest to learn in the game, as its abilities are straightforward and powerful. For new players, which is most players at the moment, the Stoneshaper will offer you a solid foundation for the fast-paced, chaotic combat of Spellbreak.

Stoneshapers can rush enemies, play very aggressively, and you don’t need to worry as much as the other classes about managing mana. The classes Skills and abilities make it tough to kill, but it also packs a mighty punch.

As you encounter players more proficient in Spellbreak’s movement and aerial capabilities, the Stoneshaper and its Stone Gauntlet will be less effective. However, the battle royale has only been out for a short time, and these magical masters are few and far between.

The Stoneshaper begins a match with the Stone Gauntlet. Its primary attack, Shockwave, deals damage in a long, fairly wide line along the ground. This ability is easy to hit enemies with and can damage multiple foes, unlike the Frost Gauntlet’s Ice Lance or the Lightning Gauntlet’s Lightning Bolt. 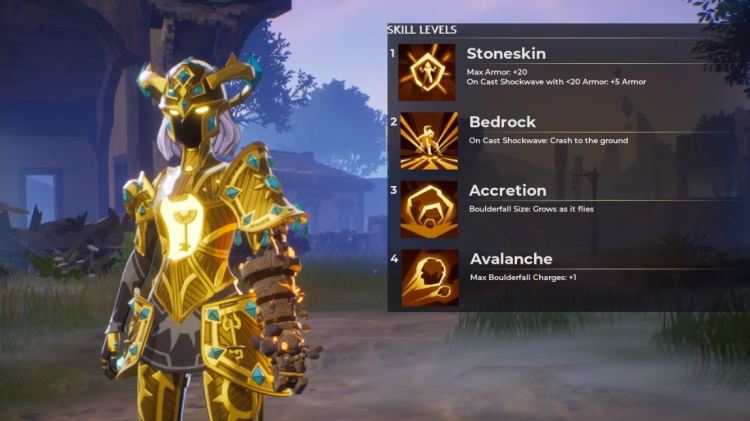 Another perk of the Stoneshaper is that it gets +20 to Max Armor. If you have less than 20 armor at any time, you can regenerate it by using Shockwave — this is one of Stoneshaper’s greatest strengths. You can constantly regenerate your armor in a fight while pounding enemies with over 40 damage per Shockwave. Pair that with the Scavenging and Recovery Talents, and Stoneshaper becomes a terrifying tank.

Boulderfall is the Stoneshaper’s Sorcery. It launches a large stone at a target location and can deal up to 50 damage. This allows the Stoneshaper to hit targets out of reach of its Shockwave. It’s a straightforward, solid ability.

The weakness of the Stoneshaper

As you’d expect from an earth-based class, the Stoneshaper isn’t very good at dealing with enemies in the air or at long-range. Your Shockwave can’t hit enemies more than a few feet off the ground. This means the Gauntlet you choose as your secondary needs to excel and long-range and aerial combat.

Stoneshapers also have a tough time battling around buildings. Shockwave can’t climb walls or stairs and it’s cut short by sharp edges. Try to engage enemies in open spaces if you want to be successful with this class.

The Stoneshaper is not good in the final circles, where most players are trying to stay off the ground. Your secondary Gauntlet will need to be able to help you pick off these final foes.

The best Gauntlet to pair with Stoneshaper

When choosing a secondary Gauntlet in Spellbreak, you usually want to go with something that will cover the weaknesses of your primary Gauntlet. In the case of the Stoneshaper, that means you need something that has range and aerial prowess.

The best choices are the Frost or Lightning Gauntlet. The Frost Gauntlet’s Ice Lance is Spellbreak’s sniper rifle. It’s slow to charge but deals massive amounts of single-shot damage. The Frost Gauntlet’s Sorcery, Flash Freeze, has excellent synergy with the in-your-face playstyle of the Stoneshaper. The main downside with this option is that Ice Lance is tough to land. If you miss your shots, you’re going to get exiled. 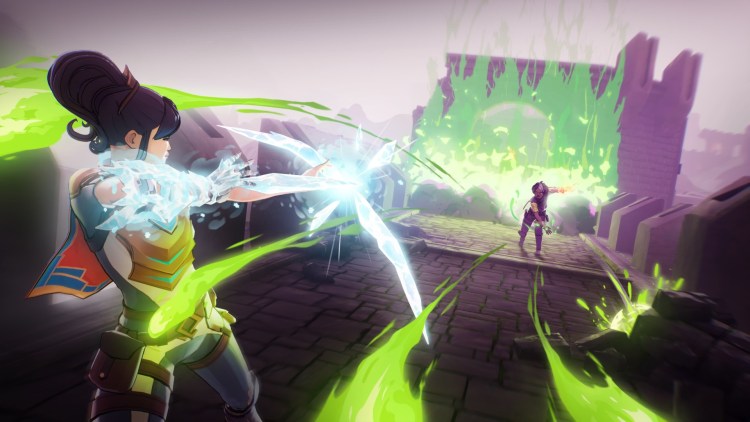 Hitting Ice Lances under pressure will take time to master.

My preferred partner for Stoneshaper is the Lightning Gauntlet. It fires successive Lightning Bolts that each do around 10 damage to your enemies. The shots are much more forgiving than Ice Lance and, even if you don’t hit all your shots, you’re constantly putting pressure on your enemy. Lightning Strike, the Lightning Gauntlet’s Sorcery, can help you deal with aerial targets and briefly disrupt an enemy, which will allow you to hit them with Shockwave.

You could consider using the Fire Gauntlet, too. Flamewall imbues your Shockwave with fire and Fireball gives you more range. However, the Fireball is slow-moving, so it’s hard to hit enemies in the air.

As I said above, Stoneshaper is the best class in Spellbreak because of its power and simplicity. However, the Toxicologist and Conduit can dish out insane amounts of damage if you can master their abilities.

Much like the Stoneshaper, the Toxicologist is a close-range class. You can litter the battlefield with toxic puddles and clouds, move invisibly, and blast your enemies for massive damage. A good Toxicologist will be hard to keep track of, while constantly harassing enemies. 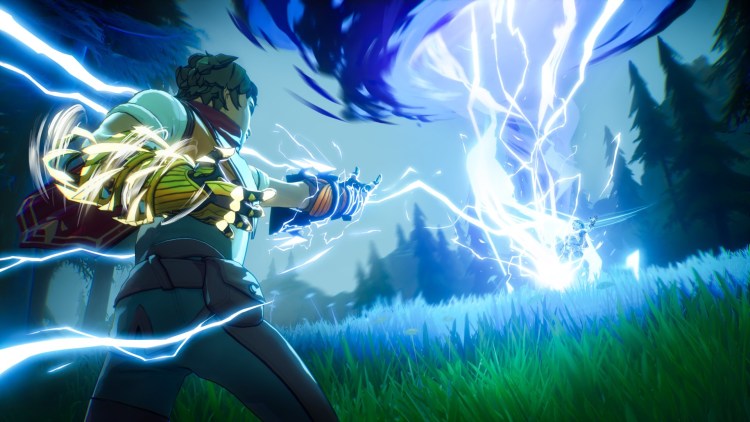 If you love fast movement and soaring through the skies, you might also want to look at the Frostborn and Tempest. They’re both excellent counters to the Stoneshaper – particularly the Tempest. However, I think these two classes don’t offer as much raw power and DPS as the ones mentioned above. They are incredibly fun though.

Streets of Rage 4 to get character buffs and more in new, beefy patch