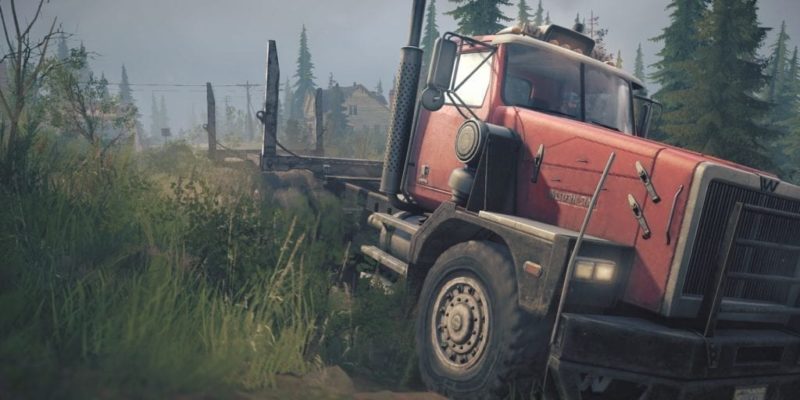 I was introduced to the Spintires series with the original release of Spintires: MudRunner when it launched back in Fall 2017. Its complex off-road physics and realistic handling blew me away, making it one of my favorite driving simulators ever. Now, the rough-and-tough 4×4 sim has returned to take players into the backwoods of Montana and North Dakota, USA with the new American Wilds expansion. As the first paid-DLC pack for MudRunner, I think it’s safe to say that the new content is worth it for any Spintires fan.

American Wilds builds upon the existing content in Spintires: MudRunner by introducing two new sandbox maps: Grizzly Creek and Mount Logmore. The devs have also added two new Challenges, along with nine new American-made vehicles. I jumped straight into Grizzly Creek as my first introduction to the new content. At first glance, everything seemed straightforward. In fact, it felt even easier than the original maps, which are based in Russia. I was led to believe this due to there being a lot more asphalt roads than the original Russian maps. But, in typical Spintires fashion, I was duped. I quickly learned that this DLC is deserving of the name ‘American Wilds’.

Each of the two new maps is still fairly big. As expected, both have multiple ways to solve the returning objective of delivering lumber to the Lumber Mill. But, what sets the American Wilds content apart are the new vehicles, specifically the transport trucks: the Chevrolet Bison, Ford LTL9000, Freightliner FLD120, and Western Star 6900XD. These big rigs would be right at home in American Truck Simulator, but boy does Spintires: MudRunner put a beating on them. This is due to their design.

Two of the trucks, the Bison and LTL9000, are specifically marked for “not being suitable for off-roading”. Seeing this warning was odd at first due to this being an off-roading simulator. But, no, that caution stamp is quite accurate. These trucks simply cannot plow through the thick mud of the off-road paths. Soon enough, I found myself getting stuck while trying to make my first run to the Lumber Mill. Thankfully, I found a solid pair of vehicles for the job: the K-8400 Skidder tractor along with the Western Star 6900XD. Most of my playtime with the American Wilds content centered around these two vehicles specifically. 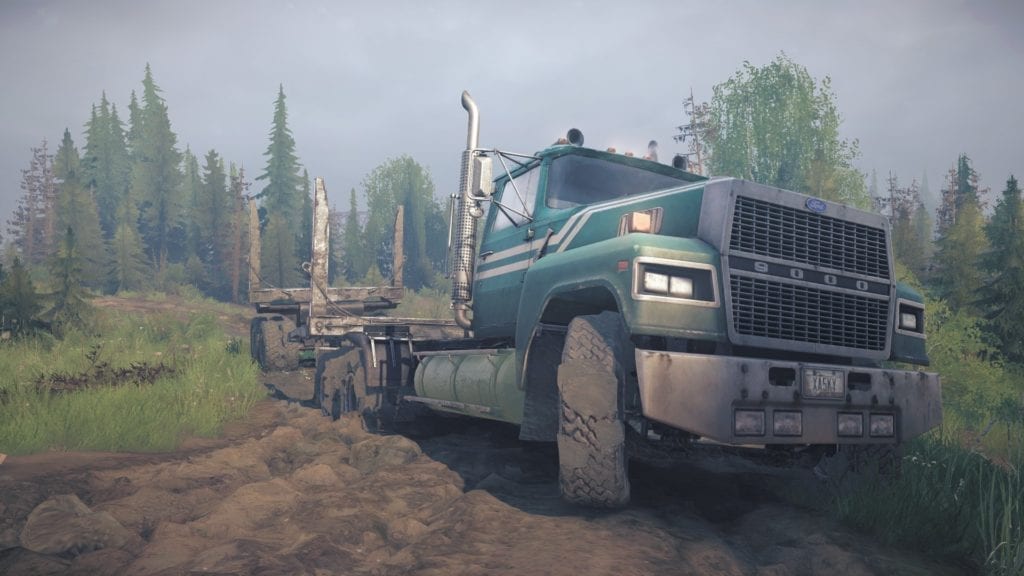 The majority of the nine new American vehicles have a tough time taking on the off-roads, thus adding to the challenging nature of MudRunner.

Slow and Steady Wins the Race

After some trial-and-error (you know, rollovers and getting stuck — typical Spintires stuff), I determined the K-8400 and 6900XD to be my go-tos due to the way they compliment each other. The K-8400 has four huge tires that are perfect for trudging through the terrain with almost no effort. It also has enough horsepower to tow any of the trucks even while off-roading. The 6900XD is one of the few new transport trucks that has both differential brakes and all-wheel drive. This lets it take on off-road paths, but when weighed down by logs, this task can still prove daunting. So, that’s where the K-8400 came in—and thus the dynamic duo was born. Of course, you’re still free to use any trucks that you want, but I highly recommend sticking with these two.

Still, I find it quite interesting how the developers went about designing the two new maps. They catered to the makeup of the American trucks, hence why there’s so much more asphalt than the Russian maps. Russian trucks are built to handle harsher conditions, whereas American trucks are mostly meant for solid concrete. So, when selecting your vehicle loadout, definitely keep that in mind. In other words, you may not want to take the majority of the American trucks out on the Soviet maps. Otherwise, you’ll spend a lot of time performing rescue missions rather than delivering lumber.

But, at least there are still the three new ‘scouting’ vehicles: the Chevrolet K5 Blazer, Ford F150 and Hummer H1. They’re all fun to drive and are the perfect size to wedge through the thick forests and rocky hillsides of the American maps. Unlike their bigger transport brethren, these smaller trucks can brave the uneven terrain of Spintires: MudRunner far better.

American Wilds continues to impress in the presentation department. The landscape of Grizzly Creek and Mount Logmore stand out from the Russian maps. They have far more hills and forests, rather than the swamps and rivers found in the original maps. The architecture of the buildings is also quite representative of the ‘Americana’ theme, looking like they were pulled straight out of a country magazine. As expected, you can also see the attention to detail in the truck models. Their exteriors all look fantastic, and since Spintires’ infamous external camera usually keeps the viewfinder pulled in so close, you have no choice but to admire the details of the vehicles. Axles and wheels still bump and shake as you travel the rough terrain, and mud and dirt still accumulate realistically. 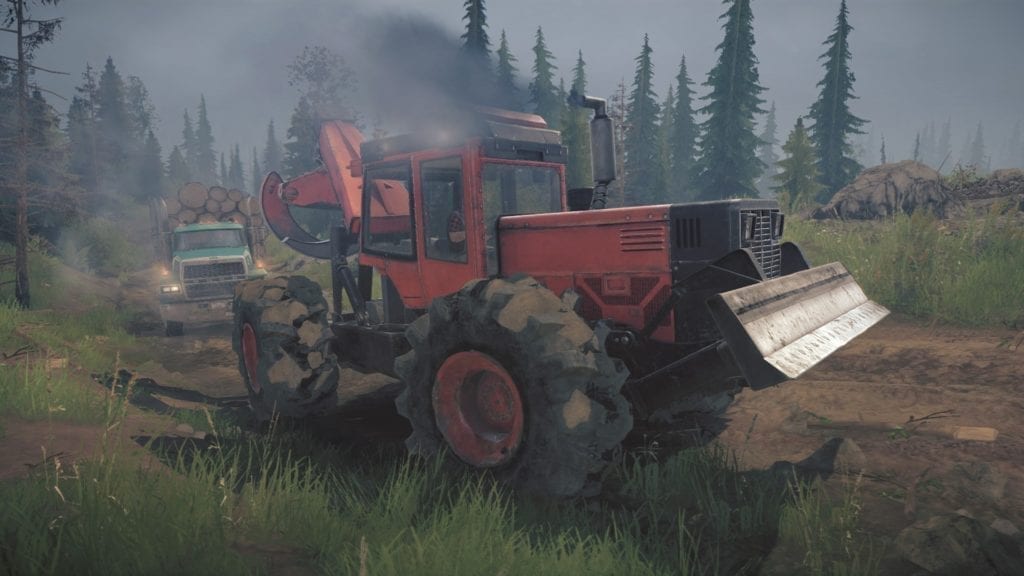 American Wilds does its job of continuing MudRunner’s trend of providing anxiety-inducing gameplay. It wouldn’t be a proper Spintires experience otherwise.

When More of the Same is a Good Thing

My entire playthrough of the American Wilds content came to about seven hours. It probably would’ve taken less had I not made so many mistakes during my trip through Grizzly Creek. But, honestly, gauging playtime in Spintires: MudRunner is still nearly impossible due to the openness of the game. There’s actually a road sign in one of the maps that says “expect the unexpected”, and that’s so true.

American Wilds brought back the same anxiety-inducing feeling that I had when I first played MudRunner last year. And, that’s a good thing—it wouldn’t be a real Spintires experience otherwise. At just $9.99 (for the DLC pack by itself), the American Wilds expansion provides a good chunk of new content on top of an already great game.

American Wilds brought back the same anxiety-inducing feeling that I had when I first played MudRunner last year. And, that’s a good thing—it wouldn’t be a real Spintires experience otherwise.

The Blackout Club Preview – What We Do In The Dark