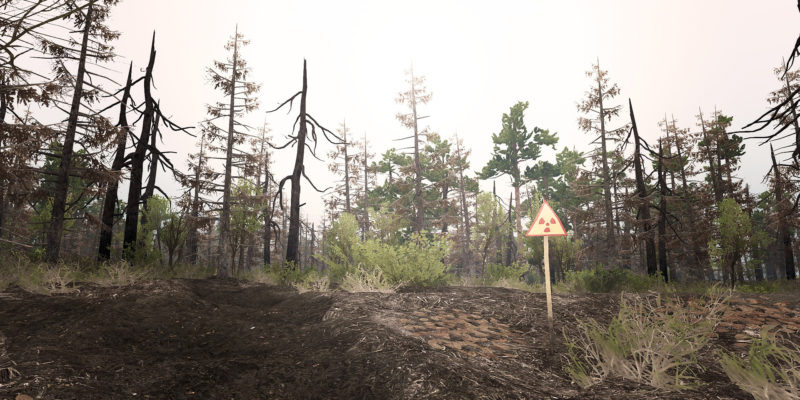 Oovee Games’ Spintires, the off-road Eastern European truckin’ simulator, is getting a new expansion soon. And in it, you’ll be facing the radioactive Chernobyl exclusion zone. If struggling with mud, hills, and trees wasn’t enough for you, now you’ll have to worry about radiation.

You can check out the teaser for this new content below. It doesn’t show off much, but anyone who has watched HBO’s Chernobyl will recognize a bit of it.

Spintires: Chernobyl will be available on December 13. In the Chernobyl expansion, players will have access to two new logging vehicles: the B-157 and B-505. You’ll travel into the eerie exclusion zone equipped with a Geiger-counter to locate and avoid high-radiation zones. There, you’ll try to access logging sites without damaging your vehicles. 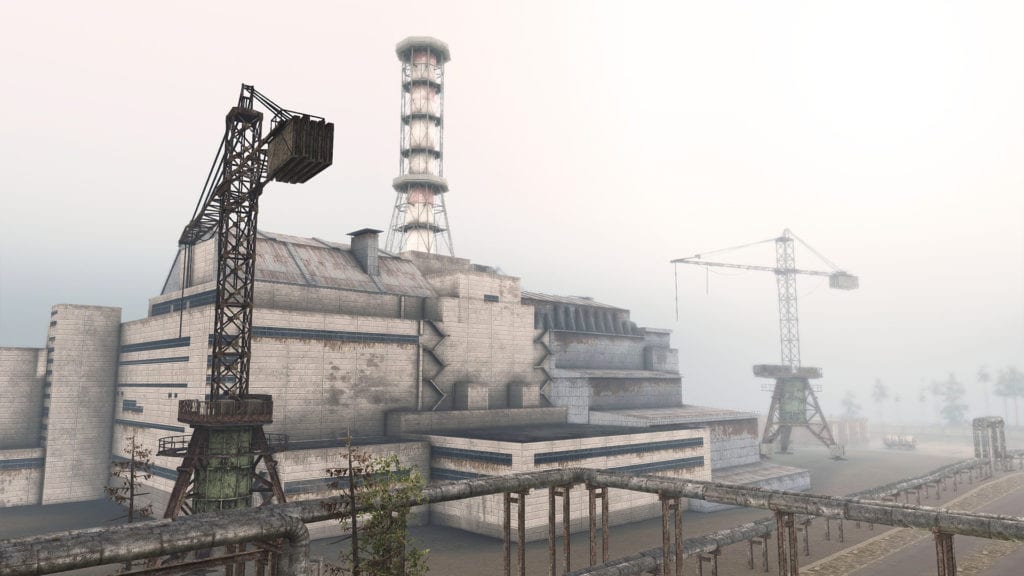 You can see the containment structure built over Reactor Four.

A wide variety of locales will be accessible. The Chernobyl Nuclear Power Plant, the city of Pripyat, Red Forest, Kupsta Lake, and the Duga Radar will all be in Spintires: Chernobyl. You’ll be tasked with maneuvering your way through these iconic, desolate areas. The exclusion zone has already proven to be an excellent setting for video games, perhaps most notably in the STALKER series. But this time, you’re in a truck.

I haven’t played the original Spintires, but our own review described it as more a survival game than a driving game. The danger of radiation will add to the perils of hauling large loads of timber through abandoned towns and dilapidated sideroads. That said, I think it would be a pleasure to explore the haunting vistas of Chernobyl. As a huge fan of the recent HBO mini-series, I’m tempted to check it out just so I can get a look at the locations where the catastrophic events unfolded over 30 years ago.

You can wishlist Spintires: Chernobyl over on Steam. There isn’t any word on pricing yet. A sequel to Spintires, called SnowRunner, is currently in the works and is slated for a 2020 release as an Epic Games Store exclusive.