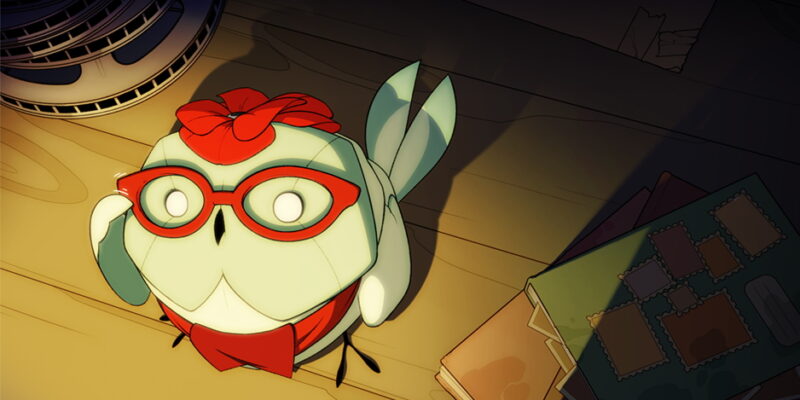 The second free DLC releases for Spiritfarer today: the Beverly Update. Like the Lily Update before it, the Beverly Update includes a new ally, along with more features and quality of life changes. But who is joining the Spiritfarer crew? Well, obviously, it’s Beverly, a small but unbelievably cute owl friend, who was also one of Stella’s old neighbors. Some of the new items to experience in the update include a radio and magazines with treasure maps.

The highlight of the update is Beverly herself, who joins you on your travels. You can find Beverly while visiting Oxbury, where she will appear for a chat. After picking her up, she can be found in and around the ship, knitting or conversing. One of the activities involving the tiny owl is having a conversation with her about the past. It seems you’ll also be able view memories alongside Beverly in a movie room on your ship.

The Beverly Update adds a handful of new features to the game. A revamped save system will allow you to have three separate save files. Buck’s Looters’ Literary reviews is a set of magazines that offer new quests and treasure maps. There’s also a new radio located in the lounge, just in case you want to kick back and listen to songs from the Spiritfarer soundtrack. You’ll also be able to eat some spicy food, though some of the examples don’t exactly sound too hot. The milquetoast, for example, is described as “just wet bread,” and that makes me feel a little queasy. No, sir, I don’t like it.

Improving on quality of life

The update includes a host of quality of life changes for the game. Some of the highlights include a new destination queue that lets you set three travel points, and a “Safe Travel” mode that skips events when heading to you next destination. The update speeds up the “going to sleep” sequence, and you’ll be able to disable the UI in Ship View mode.

The Beverly Update is the second update to release for Spiritfarer. According to the developer roadmap, there will be one more in 2021: the Jackie & Daria Update, which lands this fall.

Centipede: Recharged will crawl its way onto Steam this September