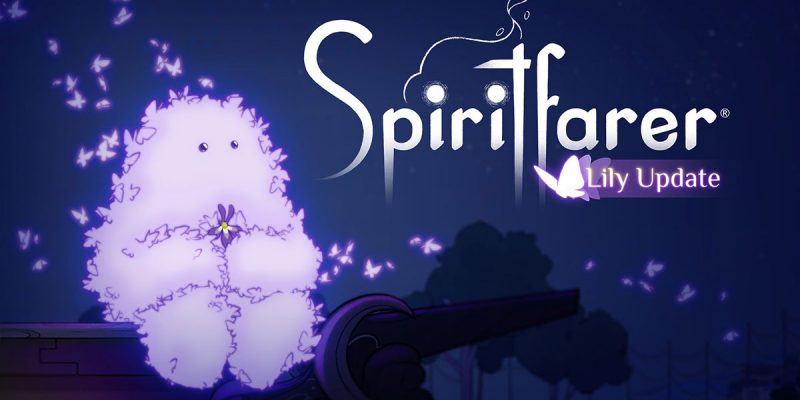 Spiritfarer‘s developer, Thunder Lotus Games, is celebrating a milestone achievement by giving back to its fans. The sandbox action game reached 500,000 sales this week, making Spiritfarer Thunder Lotus’s most successful title. In honor of the news, the studio released its Lily Update with a new spirit and a co-op fishing mode.

According to the press release, the Spiritfarer Lily Update is the first of three planned for 2021. The update introduces Stella’s sister, Lily the Butterfly Spirit. Lily provides a source of light to players during nighttime travels and offers another perspective of Stella’s story. However, Lily will not appear until the end of the game, so players will have to keep an eye out for this adorable lavender ball of butterflies.

The trailer shows Lily transforming into a cluster of glowing butterflies as she lights the way for Stella to explore dark areas. Lily’s source of light uncovers new pieces of the story, but players will have to find her first. Check out the full trailer below.

“We wanted to keep the Lily Update small, to address the single most common feedback we’ve received from players since launch: fans want to know more about Stella and what, ultimately, her quest is about,” Creative Director Nicolas Guérin said of the update. “It’s the emotional core of the game, so we wanted to get it right; Lily offers a sweet and personal window onto who Stella is, and we hope the players like what we’ve done with this update.”

The Lily Update is just the beginning in a series of free Spiritfarer updates. Thunder Lotus teased that it is already working in the next batch of new content: the Beverly Update, coming this summer. This special update will take into consideration the feedback that the studio has received from Spiritfarer players with disabilities.  The studio hopes to improve the game with better playability for everyone.