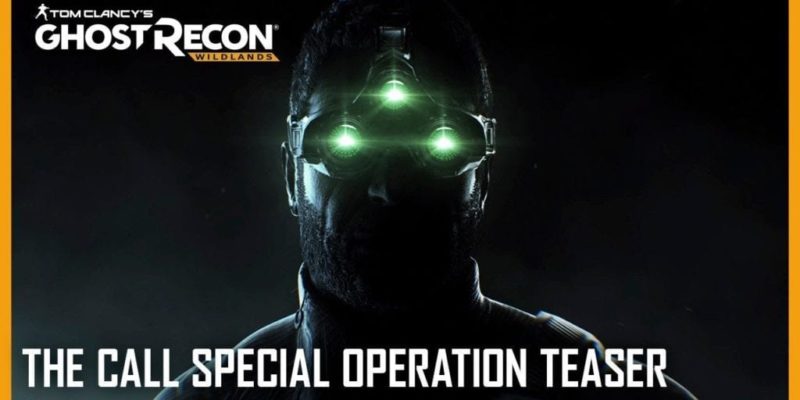 Ubisoft has released a teaser trailer for Ghost Recon Wildlands Special Operation The Call and it comes with a pleasant surprise.

It’s been too long since we saw Sam Fisher, Splinter Cell Blacklist released back in 2013, but it looks like Ubi is bringing Sam Fisher back in Ghost Recon Wildlands to team up with the Ghosts. Michael Ironside also appears to be returning as the voice of Sam Fisher in the trailer released today. Great stuff!

Ubisoft will be revealing more on this crossover next week on 9 April so stay tuned for that. You have to wonder if Ubisoft is rolling Fisher out now ahead of a new Splinter Cell. Now that would be something to look forward to.