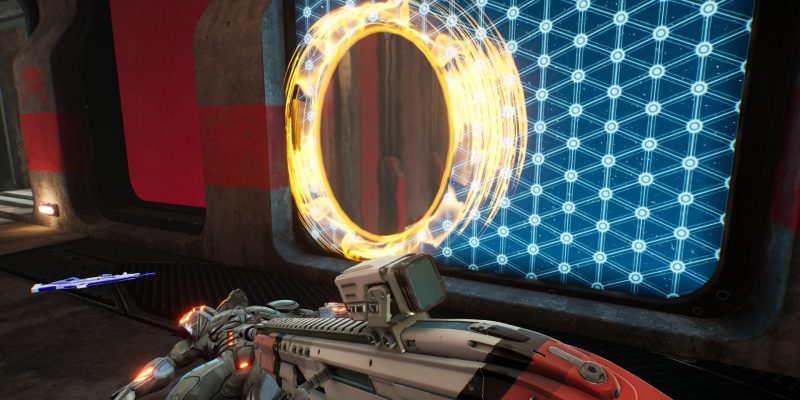 First-person shooters have maintained their immense popularity for years now, which has allowed developers to explore the genre from all sorts of different angles. Although the sheer prevalence of first-person shooters makes it easy for some to grow fatigued, many developers have consistently demonstrated that the genre remains incredibly flexible and open to experimentation. Splitgate, a free-to-play first-person shooter referred to as “Halo meets Portal,” serves as one such example of the genre’s versatility. Although Splitgate has been out since 2019, players will now have an excuse to try out its unique blend of mechanics once more, as developer 1047 Games just released the cross-play open beta for Splitgate on PC. The developer also posted a new trailer that advertises the open beta.

Splitgate‘s open beta trailer showcases more of the game’s fast-paced matches as well as its central portal mechanic. Players can set portals to transport themselves, their bullets, or other players across the map, which allows for all kinds of devious strategies. A cursory glance of this mechanic will inevitably remind players of the Portal games, and even the colors of each portal resemble the ones found in those titles.

What will the open beta include?

Splitgate‘sopen beta contains several features that players can try out before the game’s multiplatform release, including a brand-new map, 10 tiers of unlockables, and a new Showdown mode. As alluded to before, the open beta boasts cross-play with Xbox and PlayStation consoles, so PC owners can easily play with friends who exclusively own consoles. The multiplatform release will bring three new maps to the PC version, so players have even more to look forward to after the open beta.

Fans of Splitgate will definitely appreciate the addition of cross-play to the game, and the open beta gives them an early opportunity to test the feature out and enjoy its perks. Once the open beta ends, players can look forward to the cross-play feature and the three new maps in the final game once they arrive on July 27.