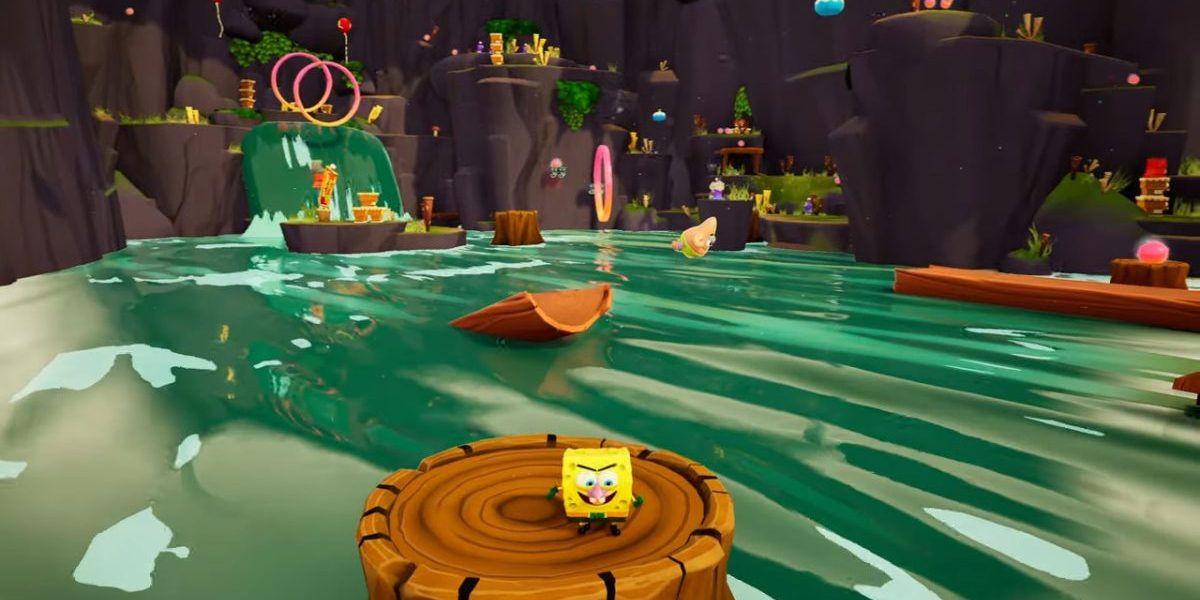 I am a firm believer that SpongeBob SquarePants: Battle for Bikini Bottom (and its remake) is a good game. No, a great game, but it was a sponge of a good time. A golden star(fish) in the world of platformers based on an established IP. And listen, those SpongeBob platformers (there’s also the movie game) may not be the golden standard of platforming games, but they’re sharp, witty, well-designed adventures that are beloved for a reason. After some time, Battle for Bikini Bottom is finally getting a new spiritual successor in SpongeBob SquarePants: The Cosmic Shake, and there’s a release date too.

The release date for the new game was revealed in a new gameplay trailer — it’s coming in early 2023. The trailer introduces the game’s premise and shows off some of the levels. It appears SpongeBob accidentally destroyed Bikini Bottom using magic bubble soap, which is a totally normal thing in a SpongeBob game. SpongeBob must use some platforming, borrowing mechanics from Battle for Bikini Bottom and introducing new ones, to save his friends who have presumably gone missing due to manic bubbles.

Just like Battle for Bikini Bottom, there are plenty of references to the show in the form of costumes and level design. SpongeBob can be seen pretending to be Squidward, wearing his band uniform from ‘Band Geeks,’ and wearing his jester costume from that weird medieval episode. (Do I remember too much about this show?) Also, just like in Battle for Bikini Bottom, SpongeBob is slaying tikis for money. (This is a true sequel, y’all!)

The official release date for SpongeBob SquarePants: The Cosmic Shake is January 31, 2023. The game will launch on Steam, but you can also pick up the newest nautical adventure on the Epic Games Store and additional platforms. Check out the full release date trailer below.

By Leo Gillick6 hours ago
News