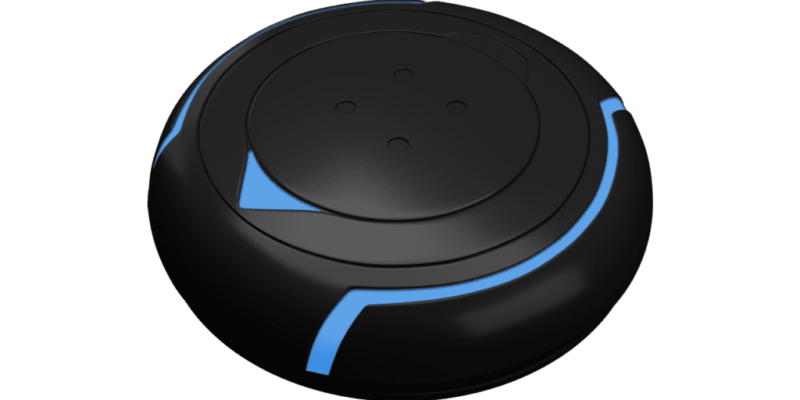 VR is best as a seated experience but it’s not being sold as that to gamers. We’ve all watched promotional videos of people jumping around. If you want to run and jump with a headset strapped to your face,  chances are you’ll fall over unless you’ve shelled out for some serious hardware such as the Cyberith Virtualizer or Omni.

Exis Interactive think they may the solution in the form of the SprintR, a foot pedal device which they say will let you easily walk, run, and jump in VR.

“SprintR is all about easy, natural movement in VR. On one hand you have VR controllers that require an entire room cleared of furniture, or massive treadmills that require a harness and special shoes, and on the other hand you have SprintR, which sits at your feet and makes movement simple”, says Peter Kojesta, founder of Exis.

The SprintR looks like a sleeker version of the Stinky Board which we reviewed back in 2013. The Stinky Board was a decent piece of kit depending on what you were trying to use it for.

Having fallen over in VR many times, become motion sick and generally hard a hard time controlling some games, the idea behind the SprintR is a sound one. It may not appeal to all VR users due to the fact it’s designed for the seated VR experience but it could prove very useful for some games.

Overlord: Fellowship of Evil video teaches the value of the minion horde