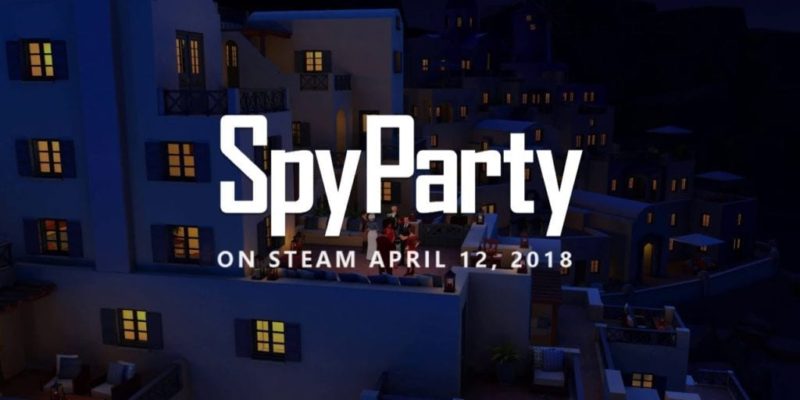 SpyParty has been in development since 2009 where it was first shown by developer Chris Hecker at GDC and now it’s finally coming to Steam Early Access.

In SpyParty, one player has to outwit the other as a Spy while the other plays a Sniper whose job is to identify the spy (other player) and take them out with one shot. It’s a battle of observation and cunning as the spy has to mingle in a room with NPCs and complete missions.

The game has been in beta via the game’s official website where it’s still available for purchase if you don’t want to wait for the Early Access period to start. A tutorial was recently added to the game which walks players through the basics if you do decide to jump in now.

SpyParty heads to Early Access on 12 April and I have a feeling this is going to prove quite popular, it’s certainly a little different. The Steam page is now live if you want to keep an eye on it.

The Overwatch Archives are being opened with Uprising