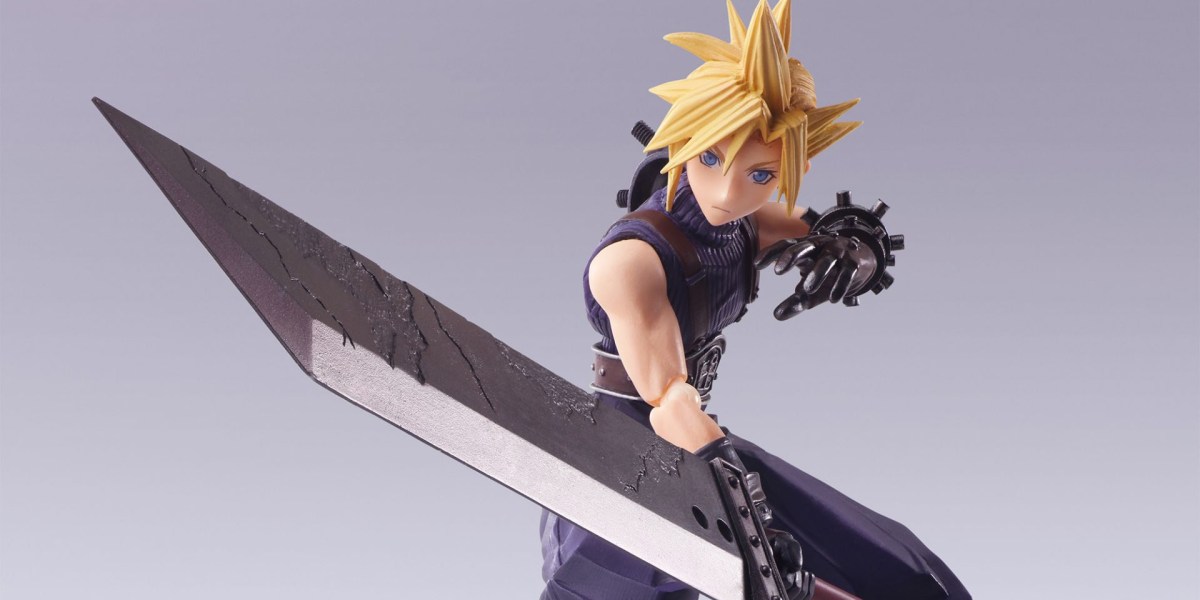 It looks like Square Enix is following through on its plans to embrace NFTs. The company is partnering with Enjin to produce NFTs tied to Final Fantasy VII for its 25th anniversary. NFTs damage the environment, and given Final Fantasy VII’s core themes, this is quite ironic. A series of digital cards and figures are planned, which will be tied to physical versions of the items. The first available collectable is an action figure of Cloud Strife that comes with a digital card NFT.

The Cloud Strife figure is modeled on his original 1997 appearance, and while it sports plenty of cool details, the inclusion of an NFT spoils it a bit. The figure comes with a “digital certificate of authenticity,” as well as a digital version of the figure itself. Those who buy the figure won’t have to purchase an NFT, though. The Standard version only includes the figure and costs $129.99 USD, while the Digital Plus Edition contains the NFT  for $159.99 USD. But it doesn’t really matter if it’s optional or not because the core issue is the precedent being set by Square Enix. We’ve known that the company has had an interest in NFTs, but it’s still disappointing to see it move forward on those plans.

That’s not what Final Fantasy VII was about

While Square Enix is focused on implementing NFTs into its products, the industry is beginning to distance itself from the blockchain. PlatinumGames voiced its disinterest in NFTs a few months ago. And earlier this week, Mojang confirmed that NFTs have no place in Minecraft.

NFTs significantly impact the environment due to the large amount of power they consume. And when you think about how companies tend to apply NFTs, they really doesn’t seem worth it. If someone were to buy a figure of Cloud Strife, then a digital NFT version of that same product wouldn’t hold much value. There’s also a huge amount of irony here when you consider the story of Final Fantasy VII. The game focuses on an evil corporation that’s exploiting the planet. It also doesn’t help that Enjin plans to enable carbon-neutral NFTs by 2030, which is nearly a decade away.

The Cloud Strife NFT is disappointing news, but not surprising given Square Enix’s enthusiasm for NFTs in the past. At the moment, it seems like a fairly harmless, albeit pointless, addition to a figure. But if Square Enix continues with NFTs, they could eventually start affecting its games. If this happens, it’s likely that the goodwill the company has built over the years could start breaking down.