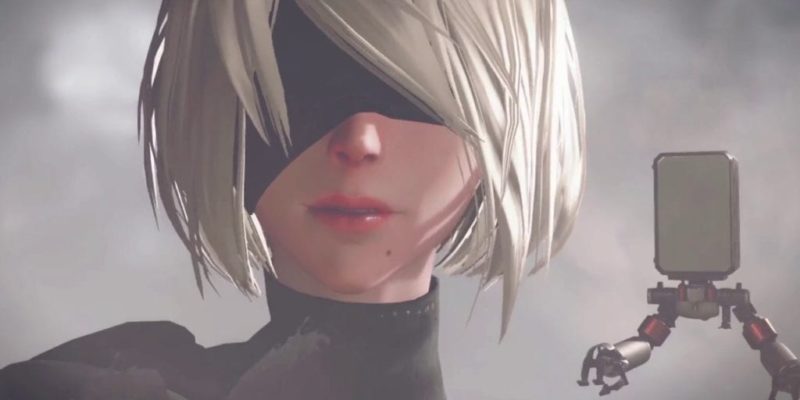 Ever the innovators, Square Enix have embarked on a lengthy scientific experiment to see what happens when a publisher pretends a game it’s responsible for doesn’t exist. Nier: Automata comes out on PS4 on 7 March (10 March in Europe). It’ll come out on PC too. At some point.

We just don’t know when, because after announcing the PC version back in August 2016 Square Enix have pursued a policy of omerta straight out of The Untouchables. You can try asking them about the PC release (and we have), but you won’t receive any information. 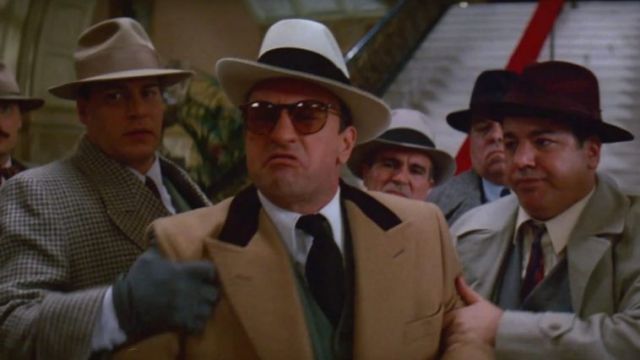 “You can’t prove Nier: Automata is coming to the PC, you’ve got nuthin’, NUTHIN!”

The initial PC press release phrased things in the following manner: “will launch on STEAM® for PC as well as the PlayStation®4 computer entertainment system in early 2017”. Many (fairly reasonably) took that to mean both versions would release on the same day. It doesn’t actually say that, but it’s written cleverly enough to allow people to make that assumption. Really, all it confirms is an “early 2017” release for both.

People started to catch on to this when, at PSX 2016, a new Nier: Automata trailer appeared with no mention of a PC version. No need to panic though. It was a PlayStation event, and they tend to ignore the existence of PC releases due to their own business interests. Annoying, and slightly petty, but understandable.

Still, that sent the first wave of queries heading in Square Enix’s direction, and the closest we got to the confirmation of anything were a couple of half-statements from Community Manager Dan Sato. According to Sato the Steam release date wasn’t confirmed, but Square were “trying” to release it on the same day as the PS4.

I hope Dan’s okay these days, because even letting slip this much information could be cause for severe punishment in Square Enix’s conspiracy of silence. If you’re able to read this Dan, please get in touch and confirm your safety. 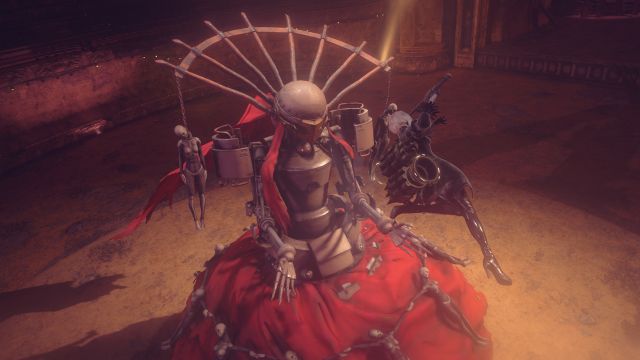 I suppose I should have one image actually from the game.

All of which brings us to today. Another Nier: Automata trailer, briefly available from the Square Enix Press Site, included a Steam logo and PC release date of 10 March – a few days after the PS4 European release date. There was much rejoicing. Until that trailer was pulled, scrubbed, and replaced with one that doesn’t mention the PC any more.

What to make of this? That 10 March date is either absolutely correct (but won’t be announced until, oooh, probably about 7 March) and published by accident, or it was completely wrong (maybe that was the date at one stage but is no longer) … and also published by accident. Neither of which gets us much closer to an answer.

The broader question, though, is why all the secrecy? Japan will get the game later this week, and the US release date is two weeks away, so you’d have to imagine Square Enix do have a PC date in mind. If they don’t, they’re incompetent (or the PC version is in some kind of tremendous mess but they don’t want to admit that). If they do have a date in mind, then there has to be some incentive to them keeping it so hush-hush. That incentive, short of any other believable options, is presumably coming from “console exclusivity” rights holders Sony in the traditional monetary form. 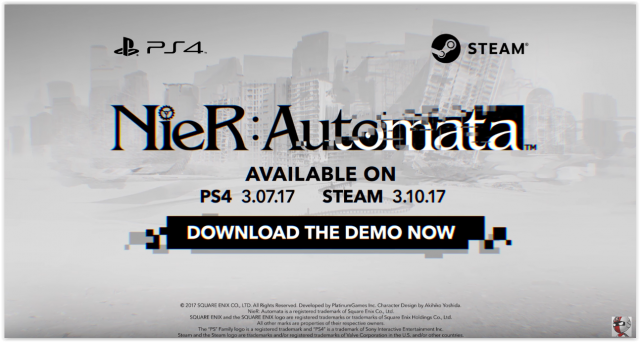 There’s the very slim chance that Square are hoping impatient people will just double-dip on the PS4 and PC versions if they can keep the latter’s date secret for long enough, but Sony seems the more likely culprit here. In any other scenario, Square don’t care which versions of the game they sell, as long as they’re selling to someone.

Sony do care; they, obviously, want people to stick with the PS4 version and hope nobody notices it’s coming to the PC as well. In order to achieve that effect, it helps if the publisher barely mentions a PC version. There may be a contract in place with words to that effect. Without more details, it’s impossible to know for sure.

None of which is particularly of interest to people wanting to play Nier: Automata on PC. They just want to know the release date; but the cultures of PR secrecy and console rights “exclusivity” have turned an already frustrating situation into one which is just fucking stupid.