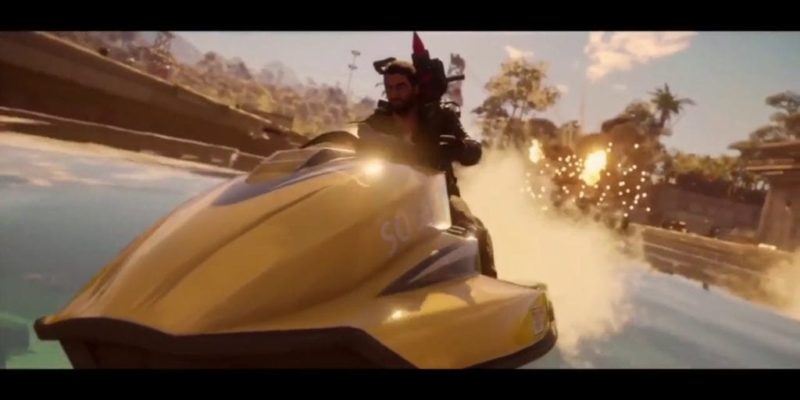 Square Enix kicked off Monday’s E3 2018 conferences and they kicked things off with the new Shadow of the Tomb Raider which was to be expected. As this was a pre-recorded showcase it was over quite but there were a few bits and pieces for PC gamers. Not a huge amount of new stuff but that was to be expected.

For PC gamers there was a look at Just Cause 4 and it’s “extreme weather” features which is new for the series. There are all kinds of new vehicles with new handling in everything. Rico’s grapple has also been overhauled.

Final Fantasy XIV is getting a crossover with Monster Hunter World which will release this summer. There are no more details other than the trailer below.

Gameplay from Shadow of the Tomb Raider was shown.

Babylon’s Fall is coming from developer PlatinumGames in 2019.

There was a  reveal of The Quiet Man with a trailer but it didn’t reveal much. More details will be coming in August and it’s coming to PC. Be warned, this trailer is a bit rubbish.

Lawbreakers is now free to play but it is closing – Updated