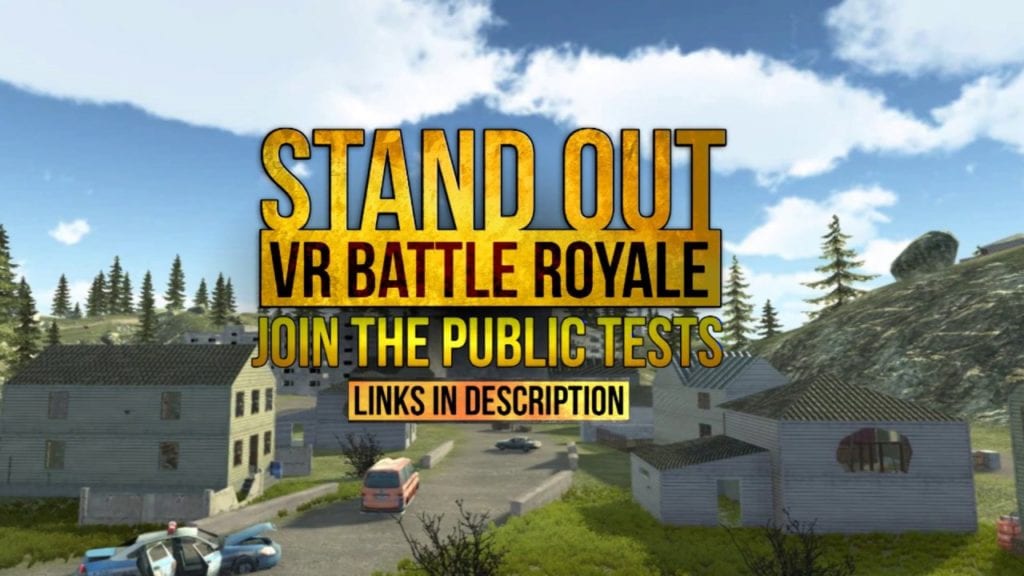 Everyone wants a slice of the battle royal action and developer Raptor Lab wants to make it even more immersive with their game Stand Out.

Stand Out is currently in alpha testing but the developer is making the test readily available to play now for all Vive owners. The game utilises the standard battle royale formula, drop into a zone from an aircraft then duke it out.  What Stand Out does come with is vehicles, the map is reasonably large, handles up to 24 players with bots to fill empty slots, proximity voice chat, and items can be stored anywhere on the body to get around having to fiddle with slots on the body.

Raptor Lab is not ready to talk about a Steam release yet, they are wanting to carry out more testing and get more feedback from players. While it’s not the first battle royale game to hit VR, aesthetically it’s more in-line with everyone’s favourite battle royale game PUBG.

Vive owners can download a copy of the alpha  (1GB) and start playing right away. A Discord channel has also been set up for more discussion on the project. Keep in mind it’s still very early days for the project but it’s looking promising.

By Sam Robins52 mins ago
News

By Leo Gillick22 hours ago
News